When it appears to be too good to be true, it normally is...

...and that is what we got this past week.

A bump back to reality.

A bump back to reality of real on-the-ground factors which are hurting the Rand - which need to be taken account of in the big picture, as the economy continues to struggle.

It was unfortunate that after such a good run, we saw a near 40c crash-flash from the Rand in a day.

This, however, is all part of the game.

And we just have to keep on tracking the patterns of the Rand all the more closely, to ensure we do not caught out by a change in the wave count. Because before you know it, the market has retraced, and you are caught out again - which was just what we saw on Friday.

Let's take a look at how the volatile week played out...

Our forecast on Friday showed the Rand at R13.26, and an expected bottoming out in the target area of 13.26-13.05 - so it looked like we could be seeing some rand weakness during the week...

Here are a few of the big talking points that we had during the week:

A retracement was expected by many heading into the week, but the extent and sharpness of it was of concern.

We keep saying it, but we have not had a period like this for the Rand for some time. It has been a ride of note since the change in sentiment back in February. What this week was all about, was that bump back to reality.

It has not sat well with many that Ramaphosa has been more talk than he has been action, and this is beginning to take its toll.

Problems like unemployment are not going away, and there is no clear pathway that has been mapped out to change it in the future - so how does Ramaphosa intend to bring more investment into the country with that being the situation? It is a brave call from Saudi Arabia to pour as much as $10bn into the energy sector, and it remains to be seen as to whether others will follow suit, with this being a confidence builder.

So this was what the first half of the week looked like: 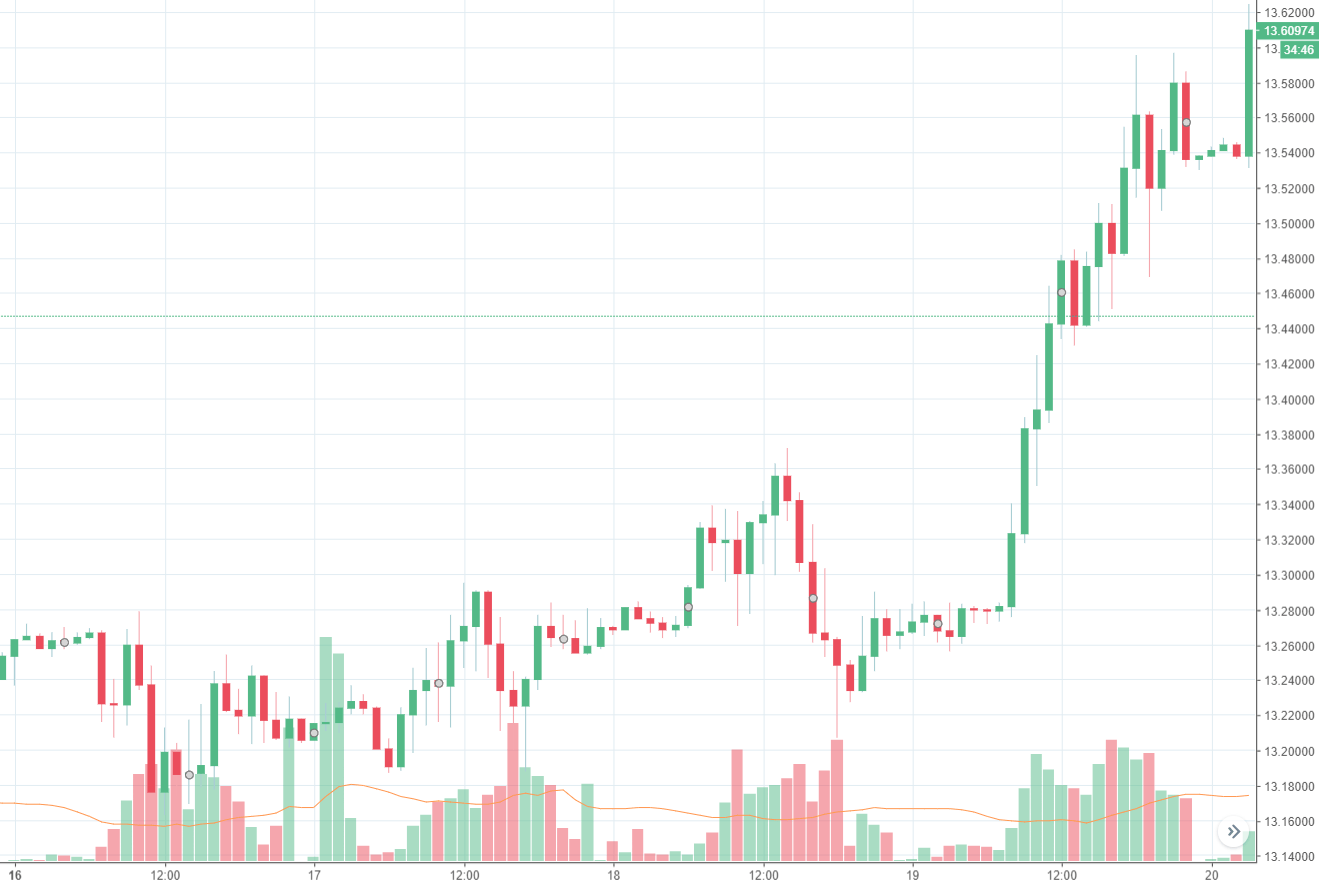 The picture says it all. A picture of strength which so quickly became one of vulnerability.

And what provided the trigger for some extra oomph was in fact the most anticipated event of the week - the SARB Interest Rate decision.

In the build up to the event, the expectation was for the rate to stay the same - and the Rand weakened 15c before the announcement...

...as expected, it was left unchanged - and with that, it drove the Rand even higher toward R13.60, eventually breaking to R13.62 early on Friday morning.

At that point in time, the market was in severe danger of erasing ALL of the gains over the last 2 weeks...

Just when it looked like we were heading back on a one-way ticket following the interest rate decision (a wise one), the local currency dug in its heels and fought back.

And made a pretty impressive job about it too, but not enough to regain all that was lost during the week.

But still, an encouraging and a strong finish to the week. 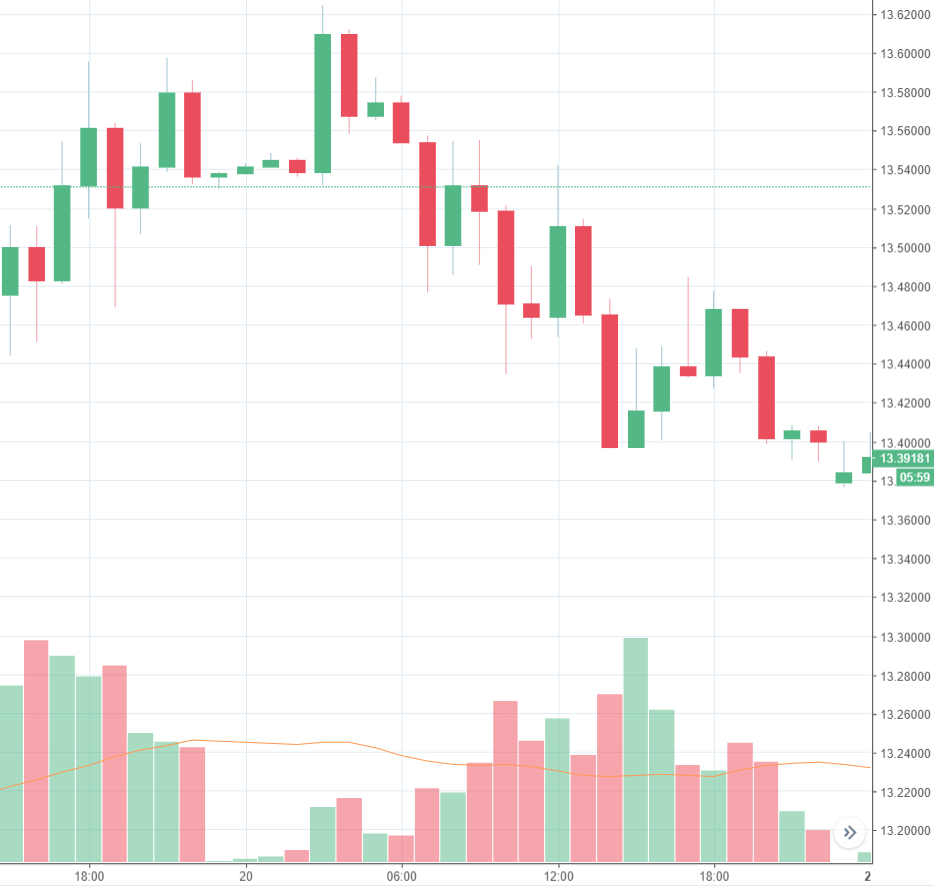 Blue Monday it seems, as the Rand was unable to start where it had left off on Friday, and has steadily lost ground.

There are several medium and high impact events this week, mainly out of the EU and US, to keep the volatility going, so another roller-coaster ride is likely.

It appears there is still some underlying momentum to push the market higher, but based on the preferred Elliott wave count, it is unlikely to be one way traffic.

We will be looking for the market to show its hand over the next few days, and confirm the current wave count, or signal another is in play.

That is the beauty of the Elliott Wave Principle. It not only gives you the expected trend in various timeframes and degrees, but also gives you levels at which point this outlook would be invalidated.

As we said last week, the Elliott Wave Principle is not a perfect forecasting system (show me one that is!), it is still the best we have found for giving us and our clients the information we need to make informed, educated, and objective decisions.

And you can do the same - for free. Test-drive our forecasting system yourself for 14 days free - and tell us what you think.

Alex Paynter
« Previous Post Another strong but volatile week for the Rand Next Post » A return to R13/$ as the Rand trend turns again?