It was quite an enterprising week for the Rand as the local currency continued to keep the pressure on the Dollar...

It was a big week for events too, with SARB exerting some authority, cryptocurrency grabbing some headlines, Zuma in the dock and much more...

So let's get into the detail!

Click to enlarge
And here were some of the biggest headlines from the week:

After a closing the previous week out sub R14/$, it was the Rand on the front foot for once heading into Monday...

With a big week ahead, and an MPC Interest Rate Decision on Thursday, and the Rand was going to be in the thick of it.

In China it was a blue Monday, as Chinese 2nd quarter GDP was ‘out for a duck’, when the figure came in at 6.2% (YoY) which is the lowest figure on record. The Trade War has done real damage to the economy, and was not helped by comments of Trump's, saying “We have a long way to go as far as tariffs where China is concerned, if we want. We have another $325 billion we can put a tariff on, if we want."

At least discussions continue to take place between the US & China with a view to a resolution, but we remain on shaky ground. And so we go...

The focus the whole week was leading toward Thursday, to see what SARB would do - and what the Rand's reaction would be.

Economists across the board were saying with absolute certainty that the Rand would weaken against all currencies should the expected rate cut actually come through...

...and come the rate cut did, exactly as expected...

...as for the market...well, not quite as expected! 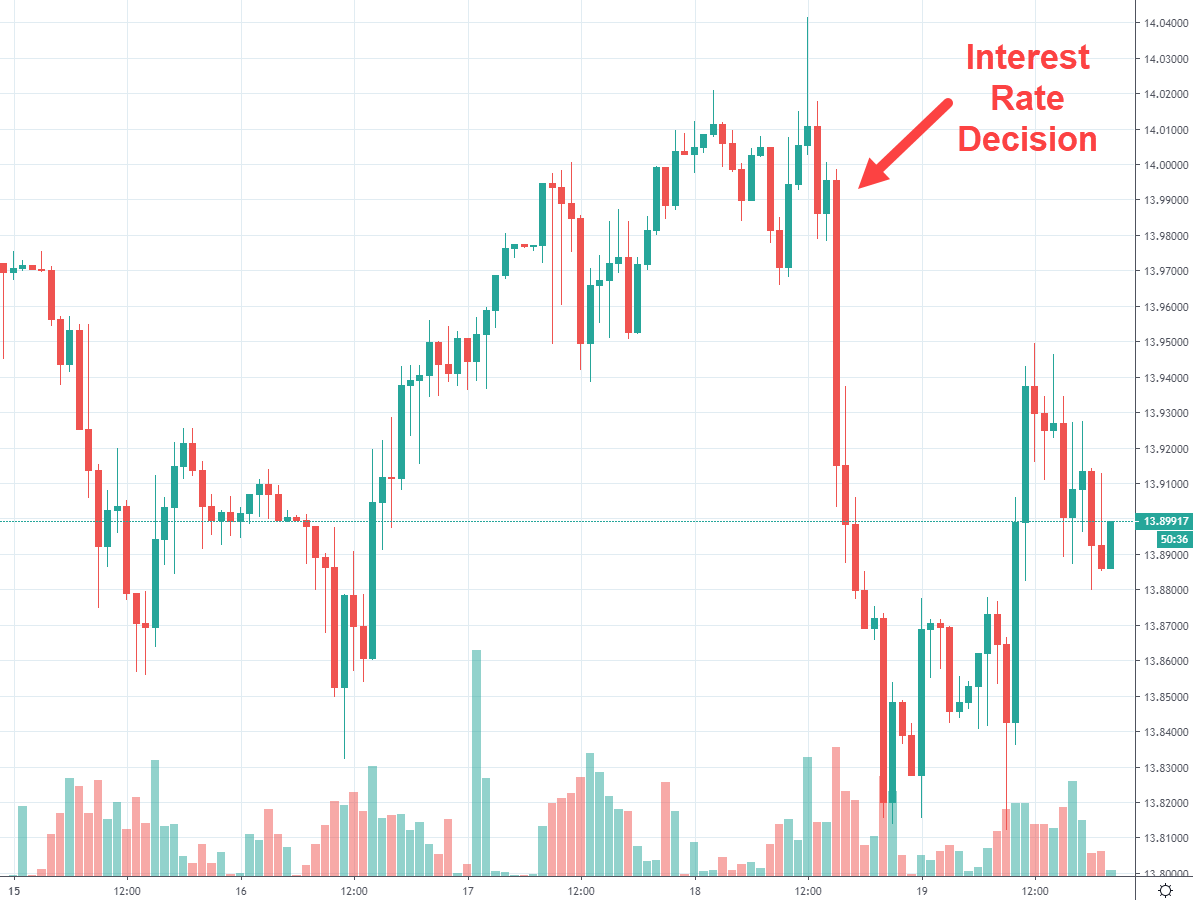 The Rand flummoxed all economists' predictions once again!

It did not make logical sense in fundamental economics, and yet it had happened - proving the importance of keeping our emotions out of this game.

Remember, events do NOT give market direction, and only provide the market with triggers to act based on the underlying sentiment - which was Rand-bullish!

Again, I repeat: Events are triggers - not direction givers!

This is shown in this piece of a webinar I did a while back, which shows exactly how we can understand emotions in markets.

And the Rand reaped the benefit this time, trading close to R13.80! (right in the middle of our forecast target from Friday)

The Rand lost some ground through to the close on Friday, but still closed in the good for the week - in and around R13.90 to the Dollar...

...it had certainly been an interesting few days!

This week sees several economic events which could provide triggers for the the next few days, being amongst others:

And then, of course, continued global tensions surrounding the ongoing trade war and US/Iran tensions also will be in the headlines.

We have seen (once again) last week that these events cannot provide us with consistent direction, but it is important to know when they are expected, as they can be triggers for significant moves.

When looking for direction, we instead turn to the Elliott Wave Principle, which is the study of irrational yet predictable human behaviour in financial markets.

...and all financial markets are moved by mass human sentiment

By analyzing these sentiment patterns together with our unique combination of momentum, time and price-relationship studies, we are able to come up with where this sentiment is likely to take the market - in smaller and larger timeframes.

Being able to answer these questions allows you to make decisions ahead of time, based on an objective outlook...

If our latest analysis is correct, we are in for an interesting couple of weeks, which will likely take many by surprise.

Why not join us free for 14 days - and get a look at what we are talking about.