In a flash, we have half the year behind us.

And it has been one of mixed fortunes for the Rand, as we have seen it duck and dive its way through the different hurdles that have been thrown at it in just 6 months...

This week was one of the more calm ones of the whole year!

But let's get into the full review...

Here were some of the main talking points for the week:

Our review for the week ahead had started on Friday, with the publication of our latest short term forecast, which showed the market was expected to complete its 4th wave correction before heading lower into the 14.15-13.90 area (see below).

If our analysis proved correct, it would be an interesting week - and another very positive one for the Rand...

The Rand opened the week steady and positively, but it certainly wasn't a good start on the political front.

Following the SONA last week, the public protector is now investigating the President for donations of R400 million made to his Presidential campaign.

The timing of these allegations (from an unknown source) could not be any worse, with the country and (more importantly), the economy requiring the President’s full attention...

And there was more to weigh on the markets - the sorry state of SOE's, which Pravin Gordhan addressed - and it was not pretty.

As he said, "The situation within our SOE’s require special measures, which shall include greater intervention from the shareholder if the boards and management do not take the steps needed to deliver on the outcomes expected of each company."

He further stated that Eskom has implemented the “winter transmission plan” which has seen staffing gaps being filled and fewer unplanned outages ahead of the cold winter months.

The outcome of these promises is going to be essential to Eskom keeping the lights on.

At the same time, there needs to be clarity coming in around the unbundling of Eskom, with us now 4 months down the line and no clarity even for the workers at the company!

This follows on to the next point, which is why the lights need to be on: following poor 1st quarter growth, news that Multichoice is set to retrench over 2000 employees will surely add more pressure, particularly after Standard Bank closed a number of branches affecting 1200 employees.

The economy needs a boost - and it cannot be done without electricity.

Pravin Gordhan is one of the more stable, level-headed individuals to be heading this up. One would think him over the Eskom situation is good hands in control of what is happening.

...Ramaphosa has the view of "Great improvements at Eskom" and more on the way...this remains to be seen!

But whether these men can save a sinking ship that is overloaded with incompetent fat cats is another question...

With all these negatives, rational logic would say the Rand should have been on the back foot, and losing ground...

...but the opposite occurred.

The Rand not only held steady, but gained handsomely after holding steady - taking it right down below 14.15...

....just as per our forecast on Friday had anticipated! 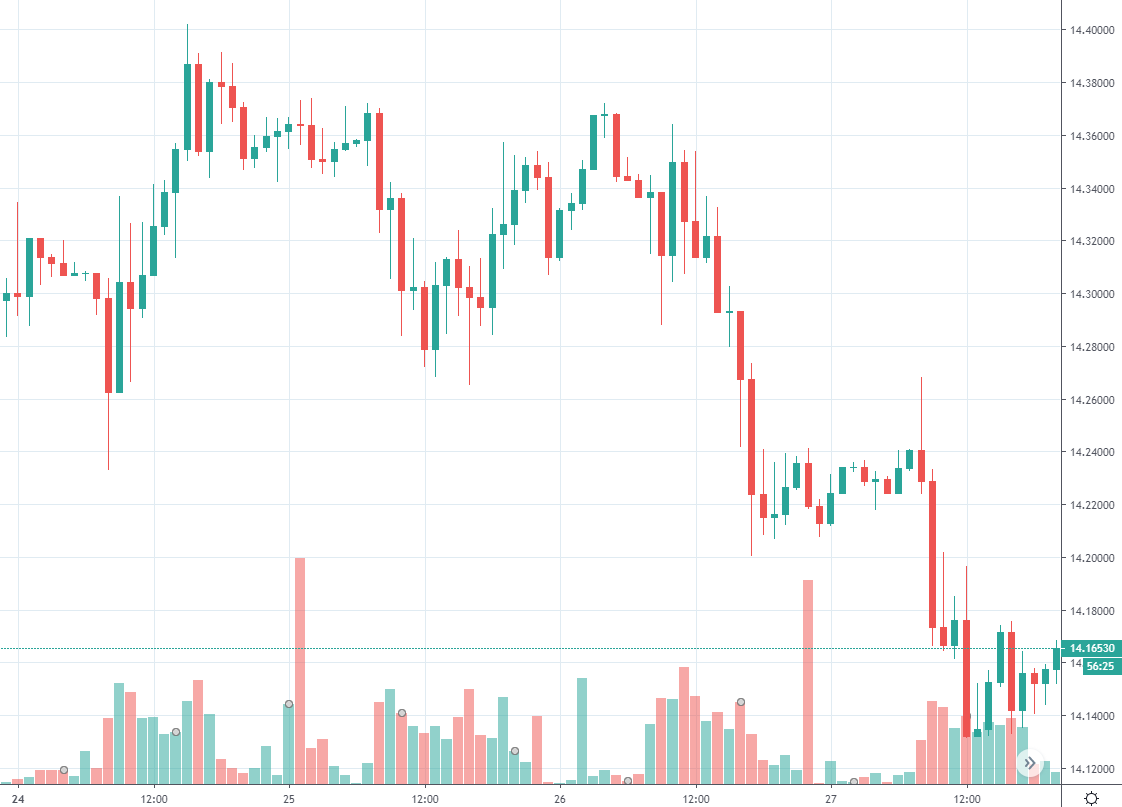 On the global front, all eyes were on the anticipated G20 Summit meeting between President Trump & Xi - this could be the completion of the Trade War - or the exact opposite.

There was bated breath around the world!

While something official would need to be signed between the two countries, ultimately Trump and Xi call the shots - and a truce between the two would go a long way in solving the debate.

On the global front, all eyes were on the anticipated G20 Summit meeting between President Trump & Xi - this could be the completion of the Trade War - or the exact opposite.

There was bated breath around the world!

While something official would need to be signed between the two countries, ultimately Trump and Xi call the shots - and a truce between the two would go a long way in solving the debate.

In other news, here were some of the headlines:

Another fine week for the local currency, amidst news that should have done just the opposite! Explain that, economists!

Of course, we didn't need to explain anything - we just looked at where sentiment patterns were expected to take the Rand...

So where to for the week? Can the Rand continue to outperform?

And what could provide triggers?

And of course then, there is all the news to digest on the G-20 summit meetings, and how this will affect markets. Not to mention the local SOE mess and its implications.

But, as we mentioned last week - these events will never give you direction. It will be the underlying sentiment that does.

And again, as we saw last week, we had a picture perfect situation of anticipating where the market was expected to head - before any news hit at all.

This allowed us and our clients to make decisions ahead of time, based on an objective system - not based on gut feel, emotions or rational fundamentals.

It has been very satisfying once again to see the market moving in line with our latest short term wave count, and the latest week's move has also confirmed our preferred larger degree wave counts.

Short term, we underlying sentiment has reached an extreme, so some correction is anticipated in the days ahead...

To get a look at what we are talking about, simply click the link below.

Alex Paynter
« Previous Post Rand roars back against all odds...who would have guessed? Next Post » Rand dips below R14/$...as predicted