The Rand has strung together another good week, despite some huge volatility...

More relief for importers and consumers, with the hopes of cheaper goods and fuel.

It was a see-saw week, with trade wars, positive news and negatives news...

...plenty enough to keep everyone on their toes.

While we could have asked for a little more stability from the local currency, the fact that it ended strong than it started was enough for most!

With plenty to review, please do join us...

Our outlook on Friday indicated there was only one direction for the Dollar/Rand right now - down. With the market trading at R13.4616, the target area was R13.30-13.08 - some more relief if the Rand could hit that area.

It was a week packed with events. Here are a few:

When last did the Rand string two good weeks together?

It's been a long, long while.

In fact, almost one way traffic since mid-February, when the Rand hit R11.50 odd...

...but it finally seems that trend has been broken.

And not only was it broken, but it was in and among a host of major economic and political events, which were creating volatility globally and locally. This is quite something for a currency which often ends on the wrong side of these sorts of weeks.

One event that provided the trigger for some negative sentiment was the next step of the Trade War, as Trump announced the next list of Chinese products which were going to get hit. This list was tallied up to a whopping $200bn in goods, which was bad news for emerging markets.

It is interesting to view what an advantage Trump actually has in this, as the numbers of import/export between the two countries tells a story.

While China exports over USD 500bn in goods to the US, they import only USD 130bn...

...this means Trump has a lot more scope to work with.

And it also meant that the Rand took a pounding from fears of consequences: 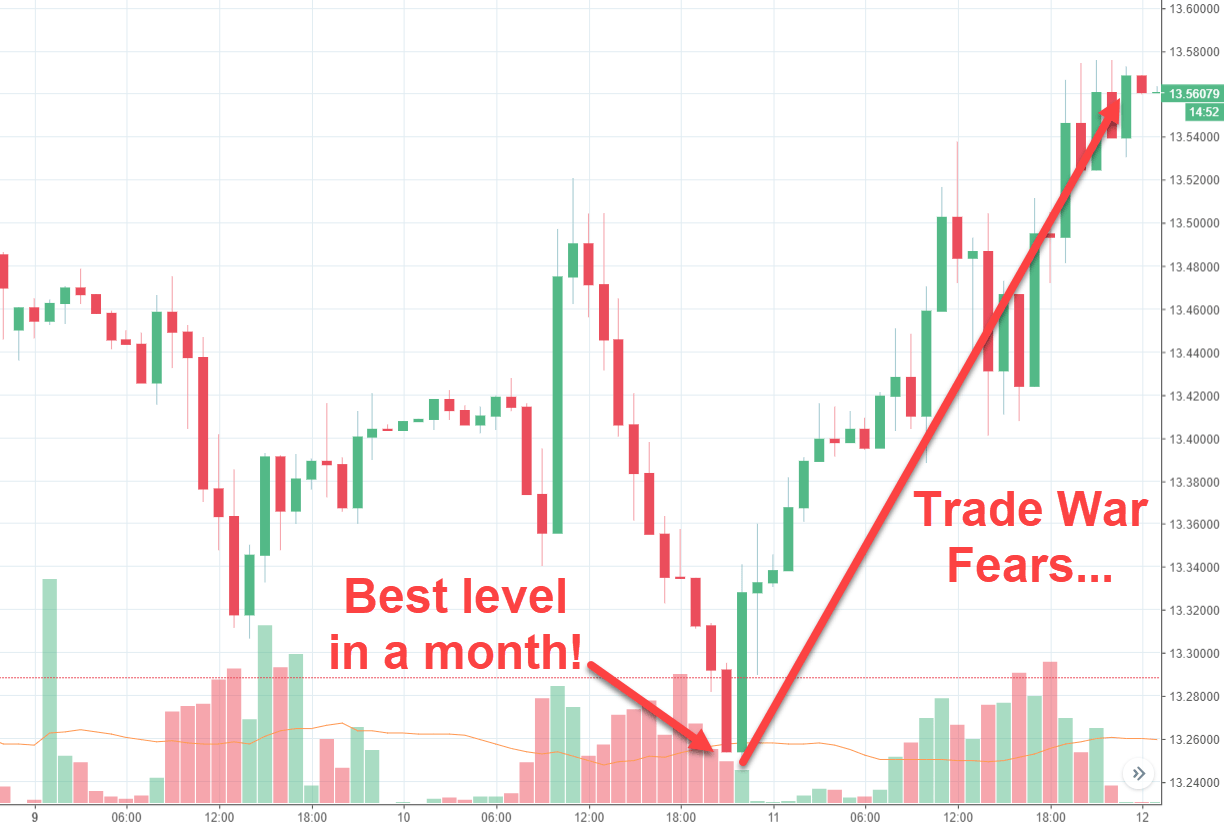 But there was more to the story than that, because after the poor Wednesday for the Rand (and England, getting toppled by Croatia), there was a turnaround from the ZAR.

Following the retracement as high as 13.57, the Rand grabbed back all of 30c on Thursday.

This was potentially triggered by a lot of things, but some solid, positive news was that the Western Cape's dam levels had received an enormous boost following the torrential rain over the last few weeks. Dam levels are now over 50% on average, with more rain expected.

And then there was the investment drive, with a mega boost from Saudia Arabia, who has pledged $10bn in investment into South Africa's energy sector. 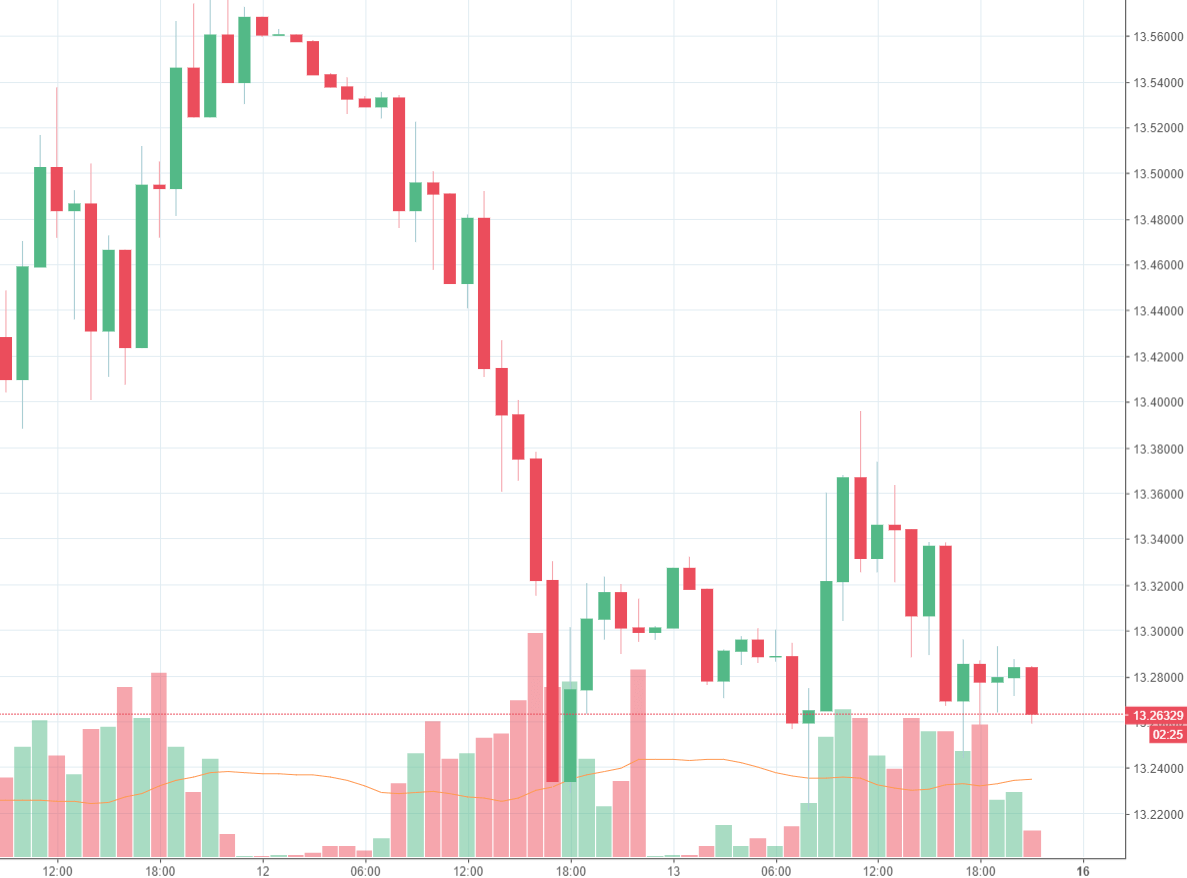 And then, the other highlights for the week:

The Rand closed the week under R13.25 to end a very choppy but successful week for the ZAR...


Another great start to the week as the Rand has dipped below 13.20 .

The big event for this week is SARB interest rate decision, where the MPC is between a rock and a hard place..with Treasury Bill rates suggesting a small rate increase with an economy that hardly needs more stress.

What does this all mean for the Rand?

Well, we are not playing the normal economist "outcome drives direction" game, which is futile, because it only works half the time at best.

Instead we will be looking at the market patterns themselves to get direction, based on the Elliott Wave Principle, together with our ratio, momentum and time cycles studies to give us direction, and that suggests some more downside although we could see some retracement first.

Although the Elliott Wave Principle is not a perfect forecasting system (show me one that is!), it is still the best we have found for giving us and our clients.

So that is what we will be focusing on this week - and I suggest you do the same.

Alex Paynter
« Previous Post Comeback time for the Rand! Next Post » Tough week for the Rand, with a solid finish