Back on the Rand-positive path with a bump!

After a fairly disastrous week, perhaps not something that many were expecting ...but the Rand behaved as per our charts, which showed the Rand was expected to top out and move down to the lower R13s.

And that was just what we saw.

It was on the back of some unforeseen news events which no one saw coming, such as mega investments in SA from foreign countries, and some foreign currency flowing back into the bond market.

As always, though, it is a question of whether this will continue.

But for now, let's take a deeper dive into the happenings of the week.

Our forecast from Friday was a seemingly dangerous one...there was a lot of upward momentum in the market, despite the pullback, and yet our count was showing that the Rand was heading down toward R13/$...a target area of 13.21-13.03 seemed a long way away.

Our target area seemed even further away after the start on Monday which saw the Rand soaring to R13.56 - edging closer than what was comfortable to our invalidation level of R13.62...

...this was after some bad news from Eskom (again!) as they once again posted some shocking figures - a huge R2.3bn loss was declared for 2018, as well as R19bn in irregular spending!

But then came some good news (on face value):

If there is one thing Ramaphosa has delivered on, it has been his investment drive as he has just secured his 3rd major investment (2 others over the last few weeks from UAE and Saudi Arabia).

BUT...the disturbing bigger picture is what sort of foothold and leverage is this giving to Communist China within South Africa?? And of course, it remains to be seen what actually happens to the money (or a portion of it), especially after situations like Eskom's latest shenanigans?

However, the Rand took this positive news splendidly to trigger the anticipated move down right into the target area we identified the previous week: 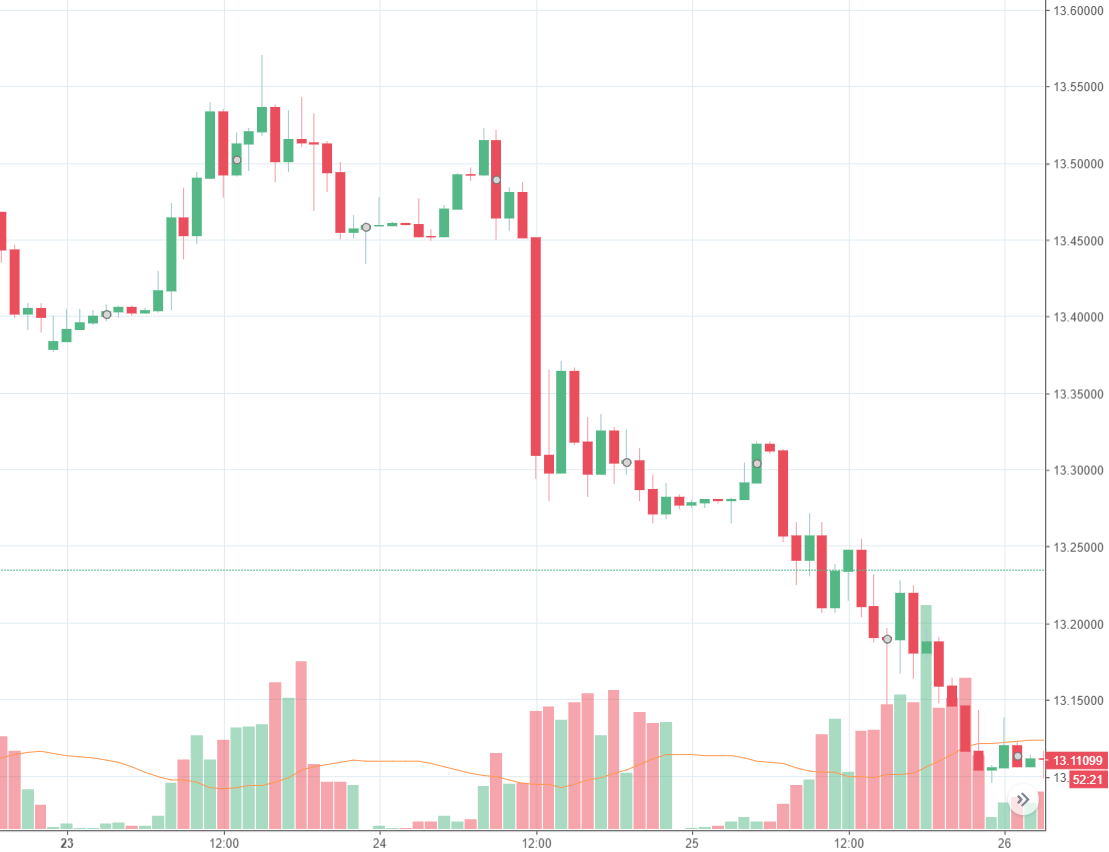 Late on Friday, the US GDP figures for Q2 arrived - and many were apprehensive and unsure of what to expect from this. It had been a difficult quarter for the US with the Trade War and a lot of speculation around what the effect it would have.

With that, if the news was good, the Rand was expected to take a beating - that was what the economists were expecting, that is...

...the figures hit, and a massive 4.1% growth just in Q2 was announced, with a significant reduction in the trade deficit too.

This should have triggered a Rand collapse versus the Dollar...not so?

There were more events which dominated the week, such as:


The Rand has held it's own for once on a Monday, and while some more Rand strength is expected, we do not anticipate a one-direction week.

We have some High impact economic event triggers this week especially out of the US, so expect another week of sudden big moves (Platinum-level clients can see these with our Fundamental Data & Releases pop-up table).

We will keeping our eyes fixed to the unfolding Elliott Wave patterns, using our unique methodology of Elliott Wave, Fibonacci time and price ratios, and momentum and cycle studies to give us a view ahead.

Interested to see how this will work for you?

Test-drive our forecasting system yourself for 14 days free - and tell us what you think.

Alex Paynter
« Previous Post Tough week for the Rand, with a solid finish Next Post » Rand fights back late to end the week on a high