With the hopes of lockdown ending soon, the Rand enjoyed a better week, testing down from its R19 levels to almost break R18 to the Dollar...

...before losing everything all over again!

Volatility continued to be the plague of every business owner though as the wild swings of the Rand continued.

...and on average 2.0% PER DAY this year so far…astounding but true!

Never before has there been such a critical time to have an objective, emotion-free decision making strategy, in order to manage your risk, be it for small business or corporates, personal trading or investments.

But let's get into the full review...

The Rand opened up on Monday (which was a holiday, Freedom day) and traded briefly above R19, but never again through the week, as we saw the tide seem to turn for the battered ZAR.

Over the next few days, we continued to see the Rand strengthening against the Dollar...

...economists scratched their heads, as this was following ratings agency Moody’s coming out with a statement foreseeing SA’s economy going into recession and GDP contracting by 6.5% in 2020.

...followed by Moody's also changing its outlook for the local banking system to negative

As well as South Africa being officially delisted from the Bond Index on Thursday evening... 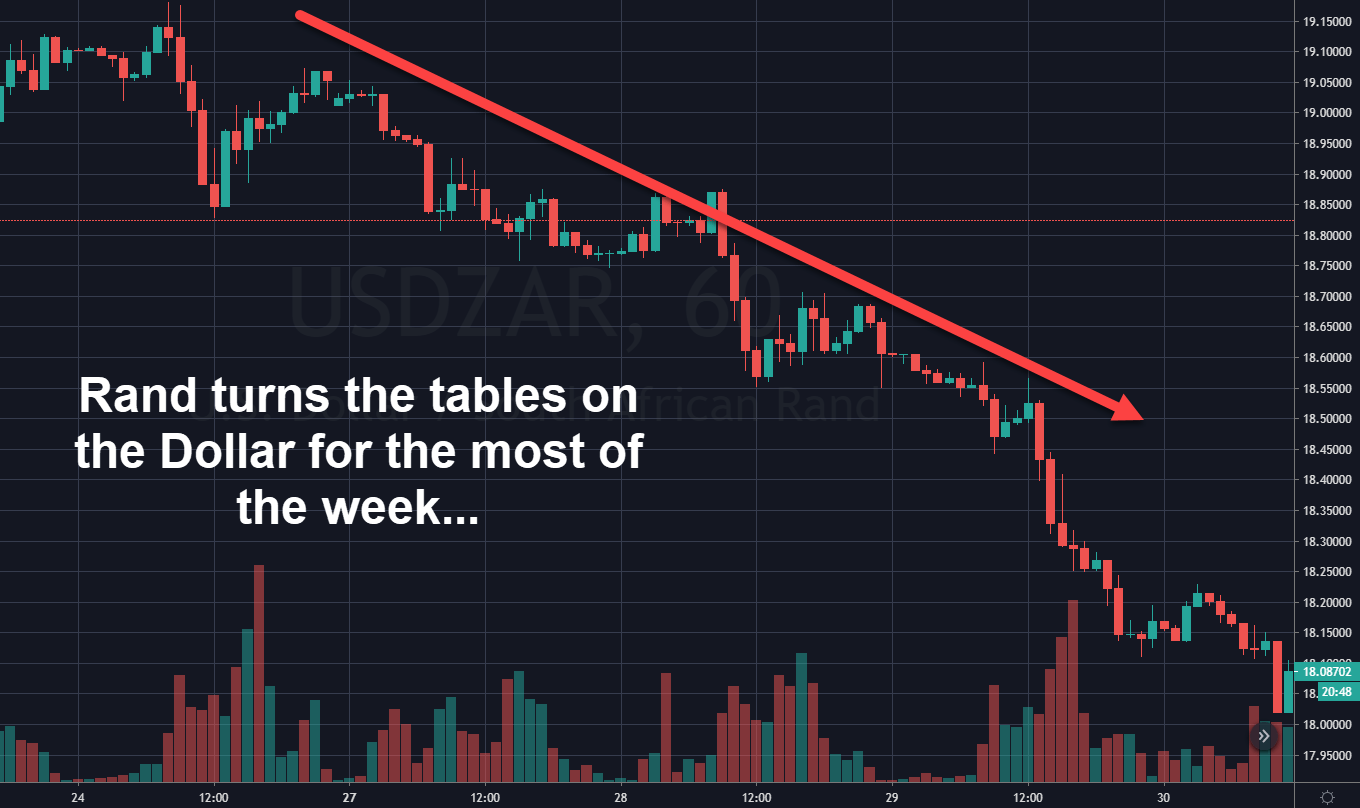 (read on to see how our forecast from said differently...)

Over in the US, GDP had shocked with an enormous -4.8% loss in Q1, which is scary considering the lockdown only really started in March, not before that.

It was then followed up with more jobless claims, taking the total figure to all of 30 million claims in the last 6 weeks. This now means that around 18.6% of the labour market has claimed unemployment in just 6 weeks. 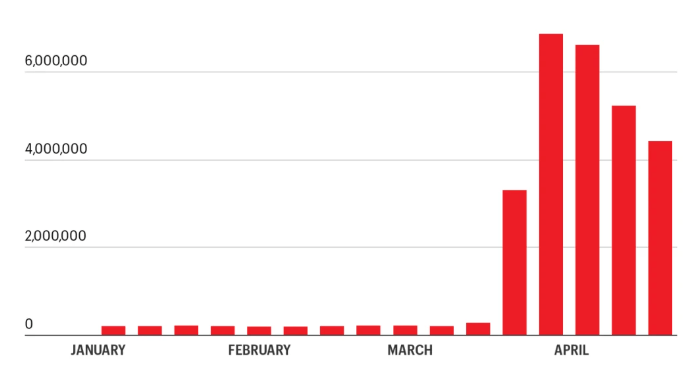 Who would have thought, just a few months ago...?

Well, many did actually see it (although not the trigger of the collapse), because this is exposing the frailty of a credit-driven economy, and really a credit-driven world. A world which relies on everything going smoothly, otherwise when things bite, suddenly the pack of (credit) cards comes crumbling down.

On Wednesday, we had released an update to our subscribers as the Rand strengthened to warn them of the Rand heading lower from where it traded at R18.11 but it would shortly bottom out, and head higher to test R18.54 and above... (see below - click to enlarge the forecast)

As we said earlier, the Rand traded close to R18 on Thursday afternoon...

...and just like that, we were trading a touch under R18.90 on Friday afternoon!

Crazy...but there again is the power of the Elliott Wave - if we can just abstract our emotions to trust it.

The Rand ended South African trade around R18.80 to the Dollar, ending the week squarely on the back foot...

Before looking into this week ahead, if you have not already, please start with viewing the replay of our webinar:

"The Global Crisis Has Begun - Where Are We Heading?"
It is free to access by clicking the link above which will take you to the YouTube replay.

We found the information we presented essential to plan for the future...

...and so did hundreds of our clients.

If you find it of the same value, please share it with your colleagues, family and friends.

As we look into the week, we have another tranche of fundamental and economic releases and events that can provide potential triggers, with some of the main ones coming out of the US (Trade Balance, Jobless Claims, Unemployment Rate & Non-Farm Payrolls) and UK (BoE Asset Purchase Facility, Interest Rate Decision, Monetary Policy Summary, BoE Minutes).

So, in essence, expect a similar trend to the prior weeks...more figures to shock everyone. And more volatility to keep everyone on their toes.

But as for the Rand, we will continue to focus on what the patterns are telling us to give an objective view of direction...and we suggest you do the same.