Another rollercoaster week… what next is the question on everyone's lips?!

It is clear that we have entered the next phase of the Covid-19 pandemic.

At first, it is fear that things might be bad.

Now we know that they are...

...as economic figures, forecasts for growth losses and much more emerged, the breadth and impact of the pandemic's destruction was mind boggling.

The losses and the amount of money government is throwing at economies to try keep them afloat is just astounding.

And as we covered in our webinar last week, this is very likely just the start… the charts do not make for pretty reading, and you need to take action now to protect yourself.

Click here to watch the webinar that has been watched by hundreds of our clients already.

Now let's get into the full review.

And here were the top headlines from a whirlwind week:

First things first, Easter Monday was a quiet start with the Rand opening and trading around R18/$ and just above through the week...

But the week was not going to last very long like that, as a slew of events came in the following days!

And that was just a handful of what happened, as more stimulus packages and economic plans were released to try bring everything under control.

The Rand lost its way after Monday, soaring as high as R18.96 by Thursday…

...as the countdown to SA being delisted from the Bond index at the end of the month has really begun in reality along with the extended lockdown. 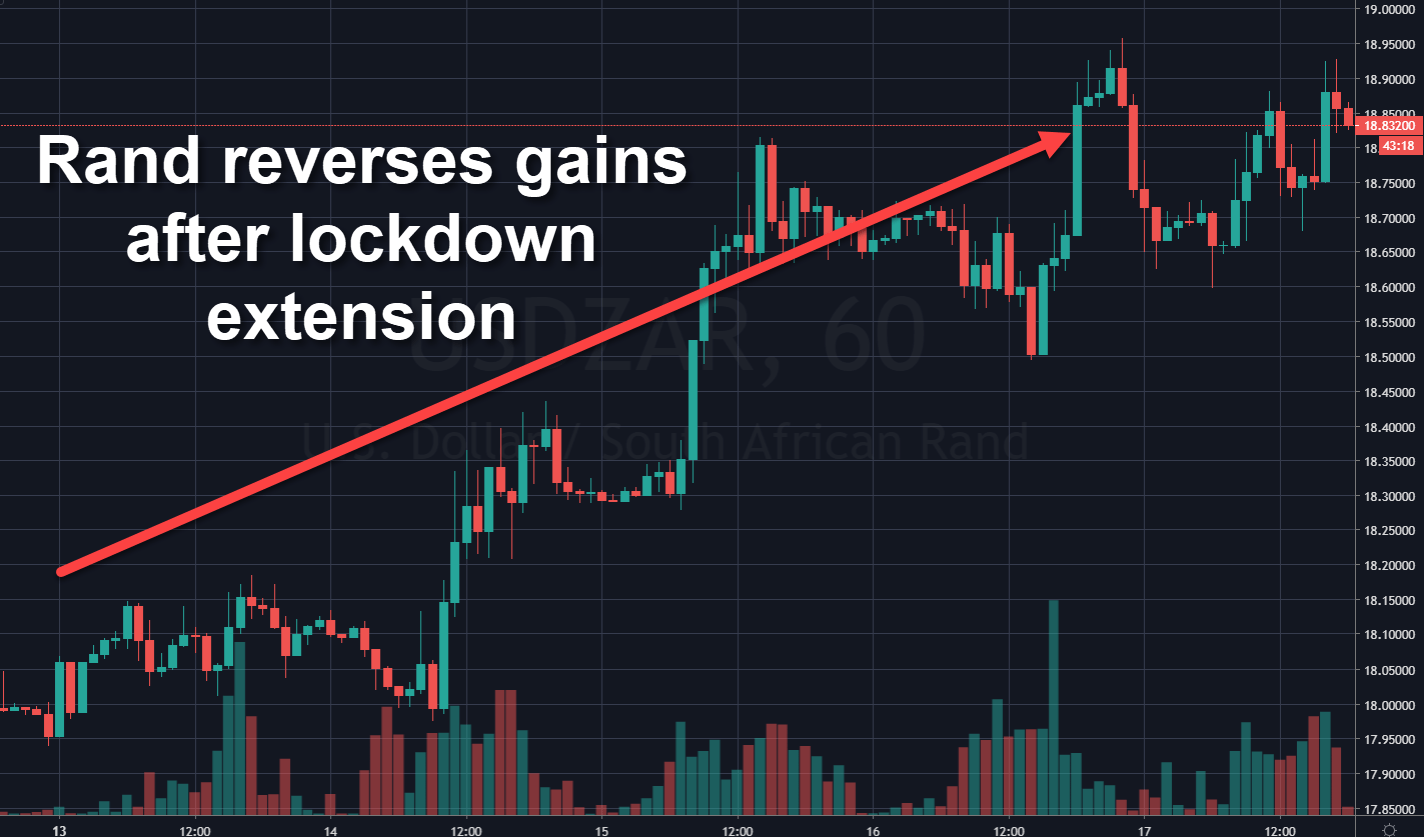 And that was just some of what we had on the news front...

The Rand tested close to R19/$ again on Friday before ending a little stronger - it had been another tough and volatile week, but it does take SA one week closer to the end of lockdown.

Before looking into this week ahead, please start with viewing the replay of our webinar: "The Global Crisis Has Begun - Where Are We Heading?"

It is free to access by clicking the link above which will take you to the YouTube replay.

I found the information we presented essential to plan for the future.

And so did hundreds of our clients.

As we look to events this next week, expect a similar trend to this last week...

...more economic figures to shock everyone - as things get appear to get worse before they get better.

What we are seeing now in economic reports is the damage that was done weeks ago already. And with damage still being done as we speak, there is clearly more to come.

But as for the Rand, we will continue to focus on what the patterns are telling us to give an objective view of direction...