What a turnaround week for the Rand, as we saw a HUGE pullback against all the majors!

This could not have come a moment too soon for consumers and importers alike, with some good news in amongst the ongoing (now extended) lockdown.

It also provided a bright spark in amongst the slew of economic results showing the gravity of the Covid-19 situation.

The question is whether a top is now firmly in place, or if we can expect to see a push higher again...

...our forecasts are watching some crucial levels, so I would really suggest you hop on a Free Trial of our USDZAR, EURZAR and GBPZAR forecasts by clicking here.

Now let's get into the full review!

...a big target range, I know, but that was the potential based on several Fibonacci wave relationships and the moves we had already seen the prior 3 days - all of R1.30!). See below the forecast - click to enlarge:

We were certainly in for another interesting week of market movements!

And here were some of the biggest talking points from the 5 days:

The start of the week was a miserable one, as Fitch had downgraded South Africa further into Junk to a BB rating, while forecasting a 3.8% contraction for the South African economy in 2020.

Along with that, they cited no clear path to stabilising the debt situation.

The Rand didn't like this, and we saw the market jump to R19.34 in the hours after the opening...

...but that was as high as we went the whole week, as we saw a major turnaround just on Monday which took us back to a low of R18.52 by the close of the day!

Some relief from pain, but there was much more needed after the last couple of weeks we have had!

While some did see the Rand as oversold, there was NO clear indicator as to why the market should turn. Logic said (as well as many supposed economic analysts), that R20/$ was inevitable during the course of the week after all the bad news.

But the Elliott Wave Principle (per our forecast from Friday) had called it again...ahead of time - and without looking at any fundamentals or news.

And so we saw an unwinding of the Rand over the coming days, taking us as low as the 17.80s... 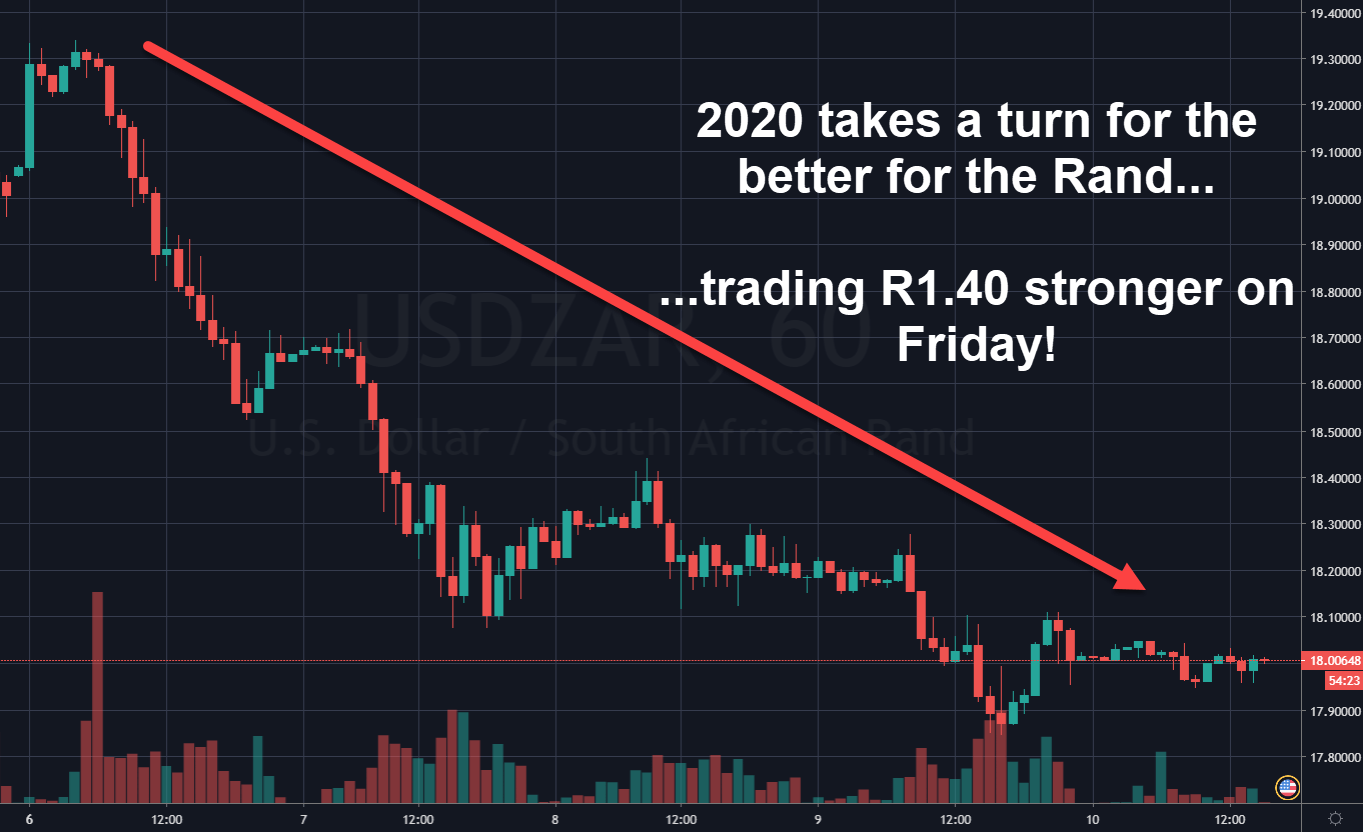 But it was bump back to reality on Thursday, as Ramaphosa announced an extension of the lockdown by another two weeks...which could not have been worse news for business.

Some encouragement for SA is that over in Wuhan, life appears to be slowly heading back to normal with China lifting the 76-day (yes, 76) lockdown. The news bodes well for some of the worst hit nations, where it is now rumoured that both Italy and Spain have seen the peak of transmission rate.

But few businesses are able to sustain a lockdown as long as that...so we will have to see what steps Ramaphosa takes.

Right now, the SA government is now on a mission to get financing to assist with the debt load and support the healthcare sector amid the pandemic, with potential applications to the IMF, World Bank and BRICS on the cards.

Even major chains like Woolworths were expecting a 20% reduction in year-on-year profits BEFORE the extension came about. Something like this may just be taking a disaster to a catastrophe for them and many others.

On Friday, we saw the Rand trade quieter as markets globally took a break over the Easter weekend.

By late afternoon around the SA close, we were trading a around R18/$, as the Rand ended another eventful week...but this time on top (sort of)!

There is so much more to cover, and yet so little time...

So, what we did was a webinar for all our clients on "The Global Crisis Has Begun - Where are we heading?"

Some of the points we covered:

Here is the link to the replay

Look forward to hearing your feedback!

Is the USDZAR becoming a more stable market...?

Is the USDZAR becoming a more stable market...?

A GPS for the Rand and other Markets?

A GPS for the Rand and other Markets?