Another interesting week passes us by as markets waited in anticipation of how the new year was going to play out.

After every prediction for 2020 being completely smashed, many are tentative to put their heads on the block and make a call.

But that being so, there is some optimism that things cannot be any worse than 2020, and that things must soon get back to normal...

This is what we will take a look into this week, with our Rand Review as we look at where the Rand and markets stand heading into 2021.

And before we look at the 5 days, here were the biggest headlines:

To start with the local unit, we opened the week around R15.15 to the Dollar, with the ZAR on the front foot even after a volatile previous week.

As we said at the beginning, all local eyes and actually global eyes are on what effects a good start to 2021 will have.

There is optimism that things are going to change, everything get back to normal and us see a year of HUGE recovery and growth in the markets...

...as much as we would like to believe this, we are here to present you with our realistic views, not what would be ideal.

Something to remember whenever looking at the markets and someone is making predictions based purely on FUNDAMENTALS, you should be very careful.

Case in point, look at the beginning of 2020, expectations were high for another year of growth. The fundamentals seemed to look good.

Yet markets are not dictated nor defined by fundamentals - they are moved by mass human sentiment. And the way emotions affected traders, investors and businesses this past year has never been more evident.

There are many other examples too, where you can see that logic just does not apply to the markets.

And the reality is that whatever governments and central banks have done to try and prop up the debt house of cards, it comes at a price that will have to be paid sometime.

You cannot 'print' stimulus without consequences!

And those consequences may not come at the time, but will certainly come in the future...

...and this day of reckoning for the markets is surely coming in 2021 or latest 2022, even as lawmakers in the US debate more stimulus packages now.

Countries like Zimbabwe have run up USD 300 million in expenses related to the pandemic in 2020, and have proposed that their own citizens pay for vaccinations, which did not go down well.

China then stepped up to the fore, offering 200,000 free vaccinations for Zimbabwe citizens. Which is great...but remember that every action has an equal and opposite reaction. China's attempt at influence and infiltration into Africa is no secret - watch these kinds of "gifts", because they come with terms and conditions, OR are a bartering tool later down the line.

To get back to the Rand though, we saw a gentler week in the markets, as we traded back below R15, touching as low as R14.88 on Wednesday! 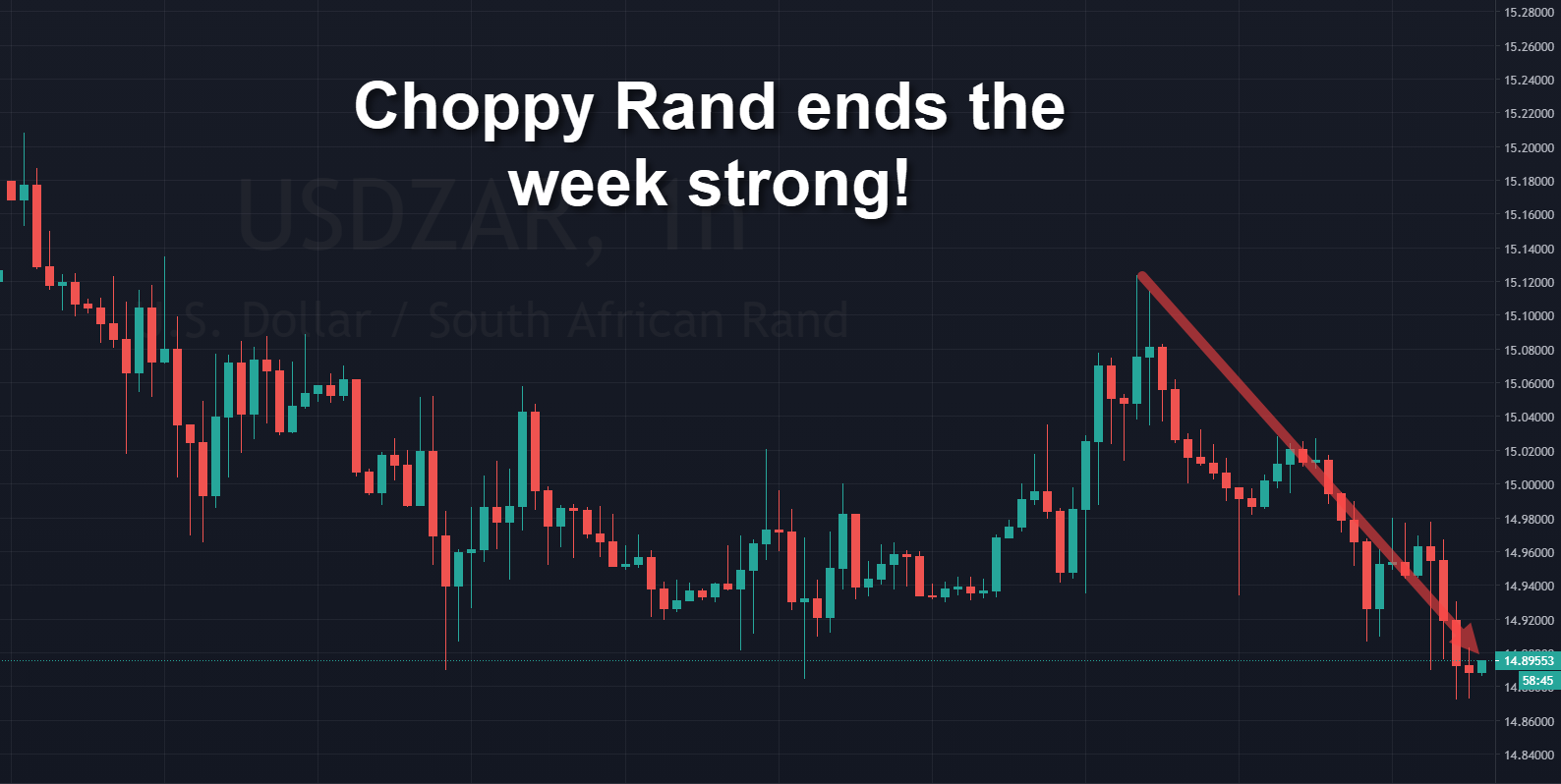 Getting back to the ZAR, we saw considerable gains from the local currency through Thursday and Friday until we eventually touched all the way down those sub R14.90 levels again from being up above R15.10...

What a fascinating few days - the rollercoaster continues!

All eyes will be on the State of the Nation Address and what President Ramaphosa has up his sleeve that will give some direction to an economy that is stuttering along and has suffered considerably from all the lockdowns.

And then, of course, across in the US we have President Trump's impeachment hearing, which could prove interesting (even if the result appears to be dead in water based on needing 2/3 vote in the Senate) as evidence of election fraud and foreign interference continues to come to the fore.

As for the Rand, while it has had a good week or two, we do not expect this to continue for much longer, with markets likely to be volatile.

We will continue to look to our Elliott Wave based forecasting system to give us some direction for the days, weeks and months ahead.