Volatility continues to abound in the markets - and it shows no signs of slowing down!

It was a strange week for the Rand as it traded sideways - but with enormous volatility, with multiple swings happening everyday.

However, this was nothing compared to what we saw on the US stock markets!

A most fascinating turning of the tables on Wall Street...

...something that has been coming a long time, and now finally the technology was there to make it happen.

We will take a bit of a deeper dive into what happened here in our full review, as it is a fascinating lesson in how markets work, how crowd-funding and power of the crowd is so important, and how technology continues to change the world we live in.

And then, of course, there is the Rand to talk about too!

So let's get into the full review!

And here were some of the headlines from the 5 days:

After the chaotic period from the election to the Biden Inauguration, many were hoping this would be the time for markets to return to normal...

...with expectations that the Rand, together with emerging markets would be the big winners from more stability.

But, amidst a flurry of a staggering 37 Executive Orders issued by Biden in an attempt to reverse everything Trump has done, the Rand was as choppy as ever, trading between R15.35-R15.00 for the duration of the week.

Local eyes continue to be on the vaccine rollout, with no clear path to payment for it appearing just yet. It looks to be at least R24bn from initial estimates, to cover 40 million persons - money which the treasury doesn't have on hand.

But the safety of the medication is something which is not getting much coverage and should be at the forefront of this discussion. Testing is a real concern, as typical time for approval for human use is in the order of 7-10 years, and most of these developments never make it to market.

How is it that this has been developed in less than a year, and is 100% safe? It is something the public need more transparency on.

There have been some key things we have seen happening over the last few weeks, which are contrary to the main narrative:

While many persons have experienced real pain in losses which we sympathize with and do not deny, this does raise real questions as to the whole pandemic narrative with the significant level of damage done by lockdowns and more. Has it really helped? And has it really been justified?

To get back to the Rand, the same choppy trade continued... 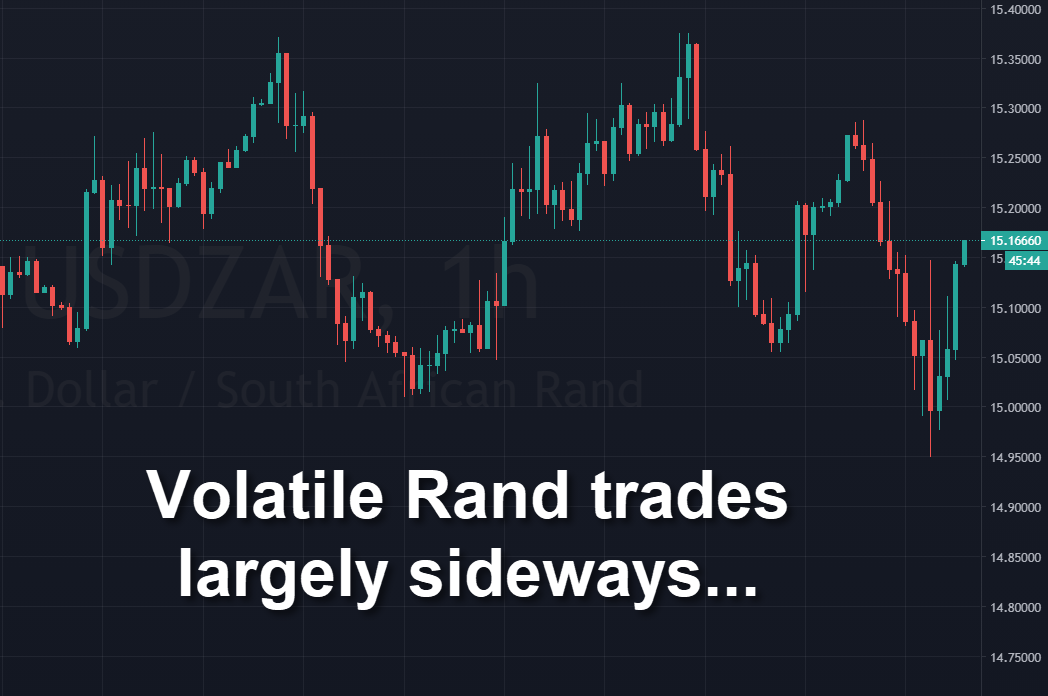 Friday saw us bounce between R15.28 and R14.95 before eventually ending the South African close just over R15/$, before moving higher to end around R15.15!

It had been a real up and down week...we await a clear breakout.

Well, can you believe it, we are into February already!

So plenty to rock the boat here!

Expect some rocky roads ahead on the stock market front this next week - the show is not over by any matter of means as crowd-funders take on Wall Street. Factually, it has the potential to spark a massive collapse in a market that has been rising on hot air and is way over-inflated.

And then, of course, we also have President Trump's impeachment hearing approaching, which appears to be dead in water based on needing 2/3 vote in the Senate, but this could backfire on Democrats with Trump's team having the opportunity to publicly reveal some potentially damning evidence.

Trump announced last week that he had opened "The Office of the Former President" to continue his administration's agenda and also met House Minority Leader McCarthy to discuss the way forward - letting the world know he intends to remain very much involved!

So, lots going on here and many potential triggers this week...watch this space.

As for the Rand, our Elliott Wave based forecasting system has served us well in calling the recent lows and we will continue to look to it to give us direction for the days, weeks and months ahead.