A quiet week in the markets has passed us by, as we continue to wait on a bigger Rand breakout...

It was still a week of plenty action, as we continued to watch the economic recoveries taking place across the globe.

And most of all, is it sustainable?

These are things we have to look into, as we try to project what the future, or at least the remainder of 2021, holds for the markets.

So let's get into the full review...

As always, here were the biggest headlines from the 5 days before we get into the nitty gritty:

To get back to the Rand, the market opened around R14.30, having enjoyed the previous week, testing 15 month highs...

It was a question of whether this was sustainable - and whether it is all Dollar weakness, or if it was Rand strength.

Ultimately, fundamentals do not make any difference in the short and medium term, and what matters is the underlying sentiment in the markets. For some time now, it has been Rand-positive, and Dollar-negative...however, when a market reaches an extreme, you know that the sentiment is due to reverse.

This is why we focus on the Elliott Wave based forecasting system we have developed since 2005, as this tracks the sentiment that can use to produce predictions on what the next few days, weeks, months and years hold for the Rand.

But for interest's sakes, we do too look to the fundamentals...

And they are interesting, especially as we look at different economies coming out the other side of crippling lockdowns. The US is a prime example of this, as the reported new cases (however accurate?) have remained flat, yet the economy is suddenly booming. Why is this? Simply, from states removing the ridiculous and throttling restrictions and allowing the economy to operate normally - as they should have all along.

The result - jobless claims continue to drop, and with the restaurant industry kickstarting again, there is in fact a severe shortage of staff. People are ready to come out again, but the industry is not reading for the boom!

Amazing how a whole industry can be turned around from "disaster", across to "not able to keep up with demand". What was the trick?

Simple. Remove the restrictions - and get back to normal.

We are certainly going to look back on the past year as one of the greatest public health disasters of all time in terms of economies being locked down and basic human rights being infringed on, leaving many countries devastated.

Some hard questions to be asked of those responsible...

For now, it is a question of how these recoveries can be sustained...as there is a lot of damage that has already been done.

And while all this was going on, there was not too much to report in the markets, with the Rand in limbo... 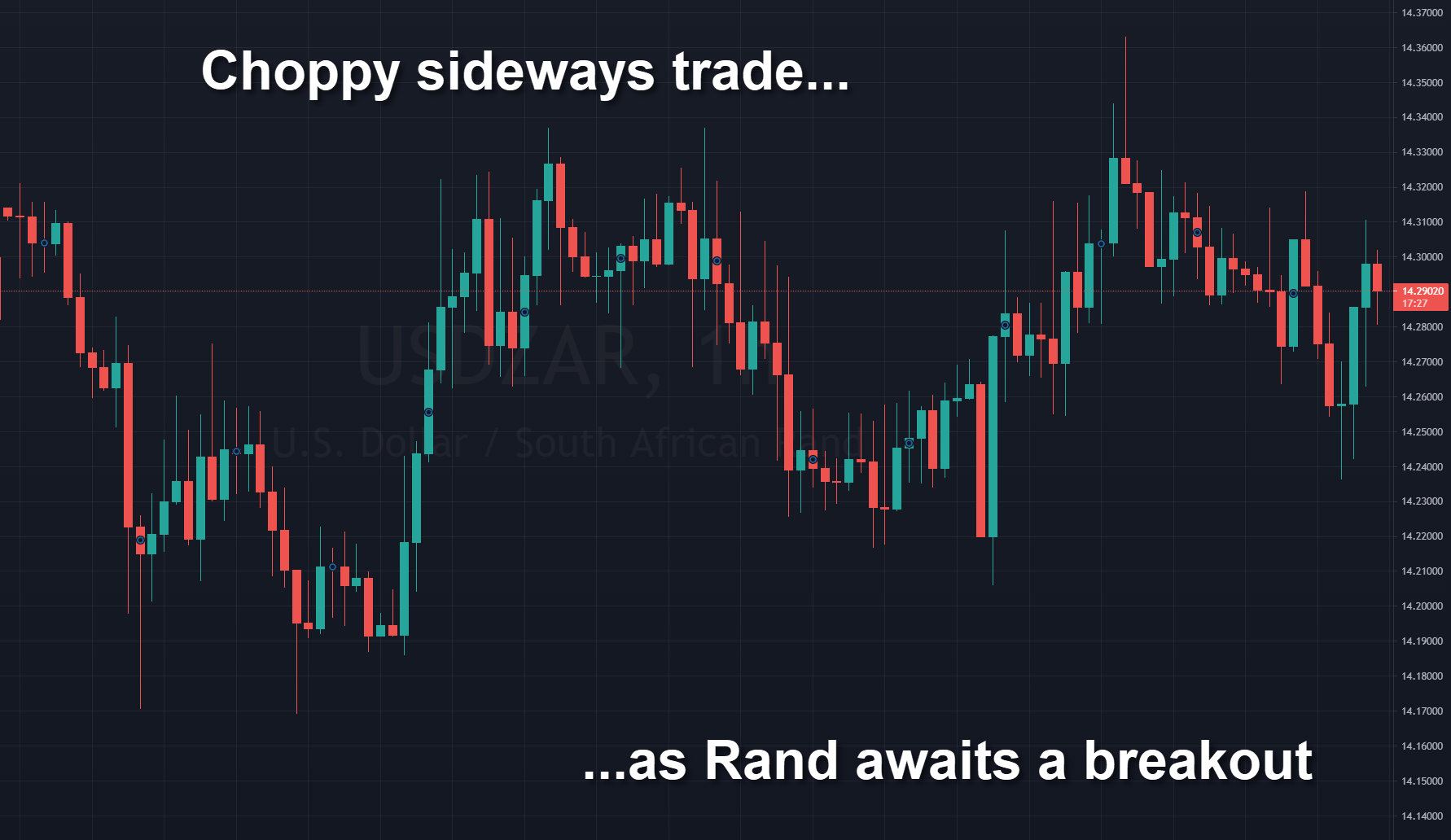 To get back to the ZAR, we saw the Dollar/Rand trudge its way to the end of the week with no clear breakout at all.

The eventual close was a touch below R14.30, after one of the quietest weeks we have seen for a long time!

But don't expect it to stay that way...the Rand is never quiet for long!

And as rush towards the last week of April, we have an absolute slew of events that could be triggers for market activity.

So lots to keep us occupied, apart from all the all social, political and financial upheavals going on.

But there is a lot going on, whether financially, economically, socially or politically - so don't expect a week without eventful triggers.

The Rand has treaded water after a good run and while there is a chance of a bit more downside, it would seem this is likely to be shortlived.

Based on our analysis, we will be watching some key levels (as depicted in our forecasts), and the Rand's activities this next week or so will likely give some direction for the weeks - and possibly months - ahead.

Watch this space...
Please take our Rand forecasting service for a test-drive!