And just like that, before you could blink, we are already into December, and just a few weeks from shutdown.

Or is it lockdown?

We would hope not… but what a year it has been!

The ups, the downs, the pandemic, the crashing markets, then the soaring stocks, the Rand's recovery after it's pandemic crash...

And now we sit with just a few weeks left before we close off 2021.

But what an important few weeks they will be, even as the Rand continues to trade sideways.

So let's get into the full review before we go any further, and then take a look at what the rest of the year holds.

And so the Rand began another week around R15.23, after having tracked sideways once again. All eyes were on when we would see a breakout...

What is typical however, in smaller markets like the Rand, is that these moves are often dominated by the USD i.e. it is not so much Rand strength or Rand weakness, but that of the Dollar.

But it is not always like that. There are exceptions to every rule, as we have seen many times - the Rand is it's own animal.

However, this week - it was all about the American currency.

The USD which powered to massive highs in the midst of the pandemic fears in March, suddenly found itself on the ropes. The Dollar Index (DXY), the primary indicator of the current position of the reserve currency was down near 90 points, its lowest level since April 2018. This is in stark contrast to March, where it nearly hit 103 points.

So is this the demise of the reserve currency? Because that's the talk on the streets at the moment!

Well, based on our predictions for the DXY, we are certainly in for an interesting few months and years ahead. I don't think it is going to be the "end of the USD" like some dramatists like to predict...

...but some massive changes are coming that are going to throw many persons plans and investments off.

(If the Dollar's value is of any concern to you, please take a look at our Global Forecasts site here where we provide predictions on it's value)

So as this weakness played out through the week, the Rand was the beneficiary: 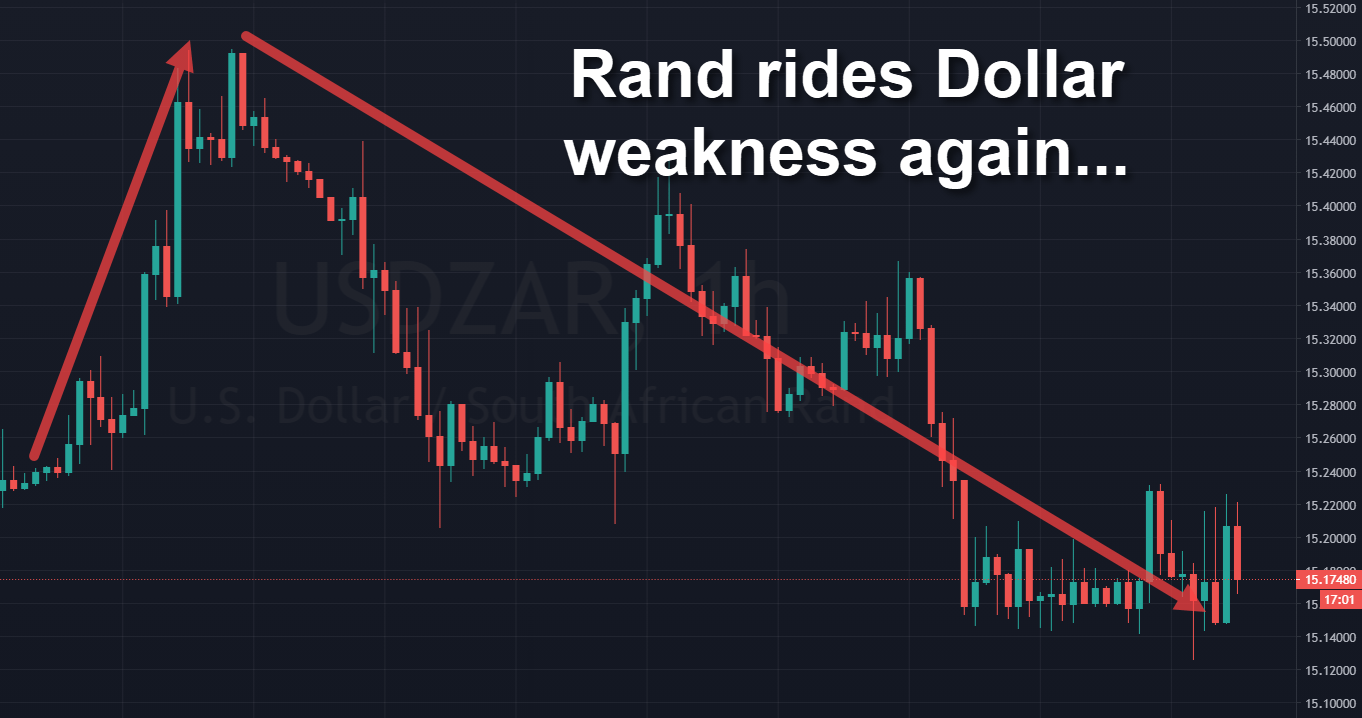 This was despite worries locally of the second wave. Nelson Mandela Bay was back into a semi-lockdown with control over hours you could be out, alcohol sales etc, as being identified as a hotspot.

How many other cities or provinces are to follow?

Very similar scenes were taking place over in the US too. Hotspots were re-occurring, and lockdowns were being re-implemented.

And then in other news across the globe:

Some interesting weeks still lie ahead. As we have mentioned before, we quite expect this to go all the way to the US Supreme Court before the president-elect is confirmed.
As for the ZAR, it road the tumult of news globally very well, breaking down to near last month's levels, touching R15.12.

Eventual South African close was around R15.15, as the Rand enjoyed a slight gain overall from the week. However, with the greenback at its lowest level in 2 years, you would almost expect more from the ZAR.

The local unit continues to be driven by global news...and don't expect it to stop anytime soon.

As we head into the week ahead, the vaccine, Brexit, stimulus discussions and the remaining legal challenges in the US election will play a big role in what triggers market movement...

As we head into the new week, we are looking at a stack of events:

And that is apart from potential lockdowns globally ... and, of course, developments in the US as the election challenges and evidence continue to unfold.

Heading into the last few weeks of the year, the Rand is likely to be at its volatile best.

We will keep looking at our Elliott Wave based forecasting system to give us some clues, with two key levels that we will be watching to confirm our larger degree trends.
Please take our Rand forecasting service for a test-drive!