It was an interesting week as we waited for news on the Trade War while local SOEs took center stage again...

The Rand's weakening trend resumed this last week as we saw the crucial R15/$ level being tested again - only for the market to reverse in the latter half of the week to make a comeback.

It is now a case of whether the Rand can finally get a clearer trend heading into the new week...

...but let's start with a review of how it all happened this last week to give us some insight.

Here were some of the biggest talking points from the week:

The news to start the week was good, as word from the US over the weekend suggest that talks are “progressing nicely”. However, the US noted that it was only willing to sign the trade deal if it was one that would benefit the United States.

And the theme which started the week seemed to carry through it, with the ebb and flow of the Trade War taking center stage.

However, despite the good news to start the week, the Rand began on the back foot, trading as high as R14.96 early Monday.

As always, this reminds us that there are FAR more factors to consider than just the Trade War...

And really that there are far too many factors for us to even try track them all down and come out with an expected market trend based on news. This is shown in our video here on what really moves the markets.

One of those factors to consider was Eskom, as they warned heading into the week that they were under severe pressure to produce enough electricity. This is a major concern for business, and can overrule global sentiment as to something like the Trade War.

However, once South African trade opened for the day, we saw the Rand make a mini-recovery to closer to R14.80 on Tuesday afternoon...

Then SA's retail sales came in well below estimates to provide a trigger to push the market all the way up to test the R15/$ level on Wednesday: 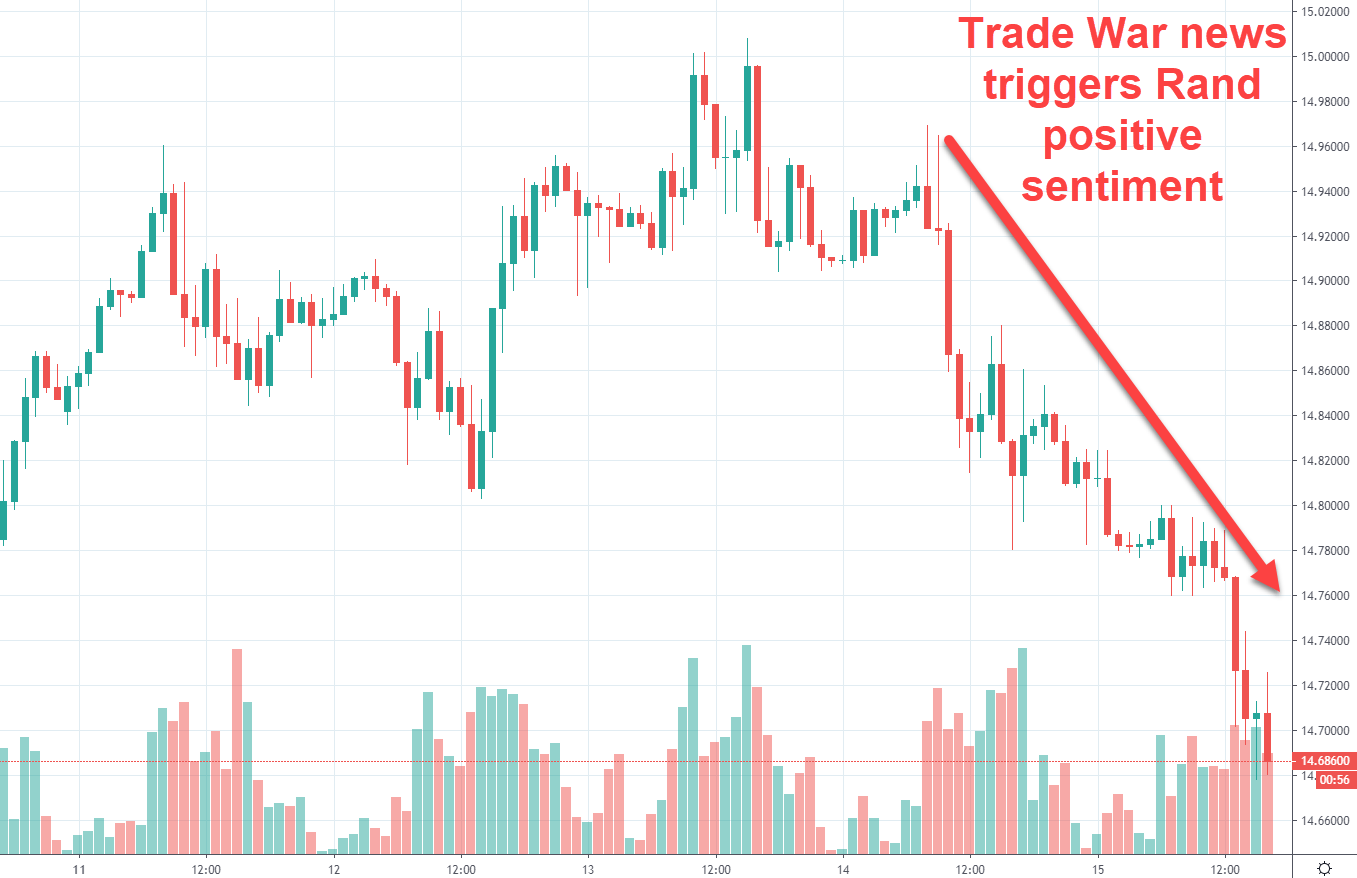 And it was then job cuts which were making headlines at ArcelorMittal and SAA...

With the Saldanha steel plant being closed down, and the restructuring starting at SAA, it was difficult times.

At the same time, unions are demanding higher pay and resulting in a massive strike, costing the airline R52m a day, with complete deadlock across the airline heading into the weekend.

Pravin Gordhan weighed in on the situation saying that "SAA is not too big to fail"...

...and we headed into the weekend with SAA playing hardball, saying "no work, no pay".

This could just be the last nail in the coffin for the ruined airline.

Meanwhile, in other news:

All this positivity heading into the end of the week provided some excellent triggers, and we saw the tide turn on Thursday with the ZAR breaking lower.

Friday provided more of the same, as we saw a 30+ cent gain over the two days: 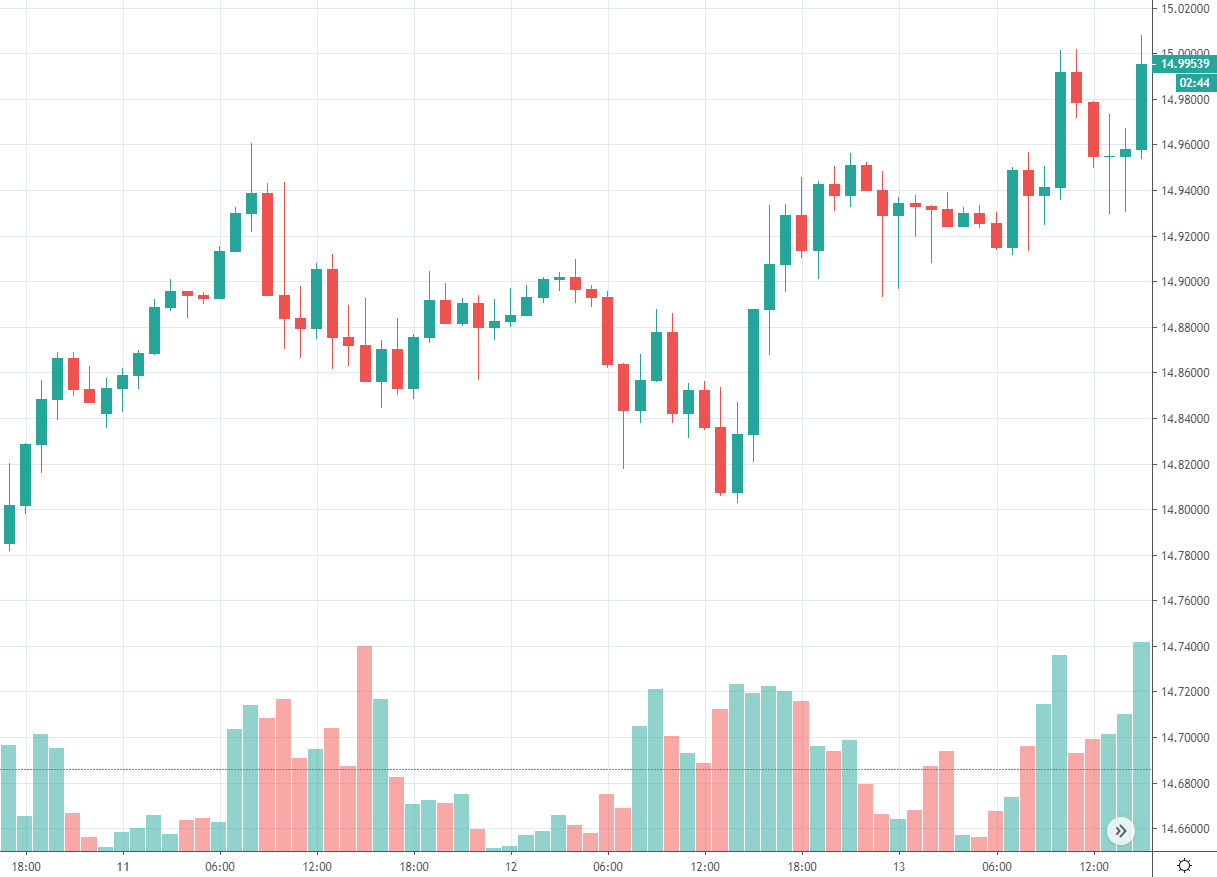 So on a high note, the Rand forged its way to the close, having gotten the better of the Dollar through the week!

So Monday starts with the Rand having enjoyed a good week prior, but the question is whether it can improve further?

The week as some important data releases, with the most impactful probably being US Fed minutes and SARB MPC interest rate decision, which could provide some potential triggers for moves (apart from other global and local news).

We are approaching some important inflexion points in our Elliott Wave-based analysis, which should provide some clarity on the 2 potential scenarios playing out - and we will be watching some key levels closely to confirm direction in the coming weeks.

To get a look at what we are speaking about, use the link below: