Welcome to our Weekly Rand Review for 11 July 2016, where we take a look at how things unfolded last week and give you our thoughts for the week ahead.

Consistent strengthening of the Rand is not something we have been used to seeing since the start of this year, but once again it came up trumps against the Dollar...for most of the week, before giving it all back after close of business on Friday.

The markets opened on Monday at around R14.55/$, with the bias being for more Rand strengthening for the week ahead, per our Short Term Forecast (see below - click to enlarge)...

The Rand reached its strongest level in more than a week to the dollar on Monday, after opening at R14.54/$ at the start of the business week.
Our outlook on Monday (see below - click to enlarge) showed that the gentle but steady strengthening of the Rand could not go on forever, as it was due to bottom shortly, after breaking into the target zone of 14.50-14.30.

...and the Rand obliged as it came out all guns blazing, gaining a good 20c by the close of the day (and validating our forecast in the process).

A good start to the week, and with the critical 14.4575 level broken, further Rand strengthening was on the horizon.

Tuesday provided another productive day, as the Rand further strengthened into the sub 14.40s ...and then further as it cruised below 14.30 to touch R14.27/$.

This was some achievement, as it had now broken pre-Brexit levels and entered territory not seen for over 2 months!

And this, despite all the negative sentiment being thrown around by the media after the Brexit vote!

Economists love to look for reasons why the Rand has moved or is going to move, but rarely get this right...

...which means we often get articles and headlines similar to the following, which was published on Tuesday morning:

After years of watching them, with all due respects, you will realize that most 'experts' are actually no better than this set of muppets below! 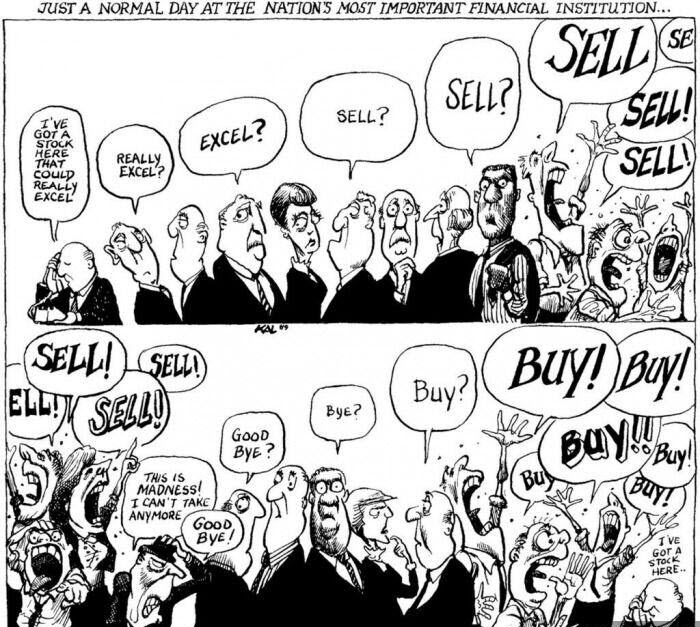 Having entered our target area, some consolidation was expected, which we got on Wednesday, as the Rand weakened in choppy trade from a low of around 14.30 to a high around 14.50 to the Dollar.
Our outlook on Thursday morning confirmed this retracement was not a break from the trend, but merely a corrective short term move, and the Rand was expected to be heading lower before making a short-term low (see chart below - click to enlarge).

Thursday started with some very sharp strengthening from the Rand, as it gained a lot of ground against the Dollar, sending it into our target area and under the 14.20 mark.

The low for the day was hit just after the close of business, after which the Rand bounced out of the target area, and then headed back up into the 14.30 area on Friday, where it slowly meandered into the late afternoon.

However, well after business hours on friday, the Rand did a violent spike of about 30c in a short space of time.

Of course, this was put down to a reaction in Turkey as the attempted coup was unfolding...

...but for us, it was merely a perfect validation of what the market was expected to do anyway...

...and confirmation once again that the Elliott Wave Principle will keep you informed (without reading the news) so that you can take action - before it is too late to do so!

Last week we spoke about how our Pound/Rand had hit the predicted level, and this week we have a new validation. As the Euro/Rand moved below R16 on Monday, we had a longer term view successfully validated.

The consistent weakening of the Euro against the Rand has been of some confusion to many (except you, our subscribers), as the Brexit vote was not supposed to go as it did.

However, the unfolding Elliott Wave pattern had been expecting this since the 23rd of May (see below - click to enlarge).

If you have Euro exposure, this could have saved you over 10% on your exchange.

If you are not getting our updates already, you are going to be left in the dark as to supposedly 'unexpected moves', such as this one.


One interesting snippet from this past week was Fin24.com's graph showing events against the movements of the Rand. Another clear example of emotions running high after big events! You can read that article here.

The Turkey coup did not have too much effect as the markets reopened. While the markets closed at just short of 14.60, the Rand/Dollar opened below 14.40, and continued to strengthen in the early hours of the morning.

Our outlook for Monday showed the pathway that we were going on this week, keeping all of our subscribers a step ahead of the rest.