Wild swings seemed to be the order of the week, as we saw the local currency wobble along the tightrope once again.

Plenty of local and global news made for plenty of triggers - and while the traders enjoyed the volatility, it made it rather a nightmare for the business owners.

We are at an interesting time when it comes to global markets, particularly in stocks and the Dollar with how far it has weakened over the last few months, and then finally rebounding this week.

But for us, the focus remains on the Rand, and what the charts are telling us...

So let's get into the full review, and see if we can uncover some clues as to the future.

Firstly, here were some of the major talking points from the last few days:

To kick things off, SA had a bright start to the week with President Ramaphosa laying down the law late on Monday, confirming that all officials accused of corruption should step aside from their positions.

Markets cheered the news, with the announcement seen as one of CR’s most decisive moves during his reign.

It all really began with the NEC throwing their weight behind CR, giving him the authority and confidence to come out with some of the more authoritative statements of his presidency - one which has not been nearly as effective as promised.

It now remains to be seen what comes of this latest change in to a more aggressive stance...

As for the Rand, it kicked the week off with the same volatility that carried the whole way through - chopping and changing its feet, as the Dollar finally began to firm after a torrid few weeks. 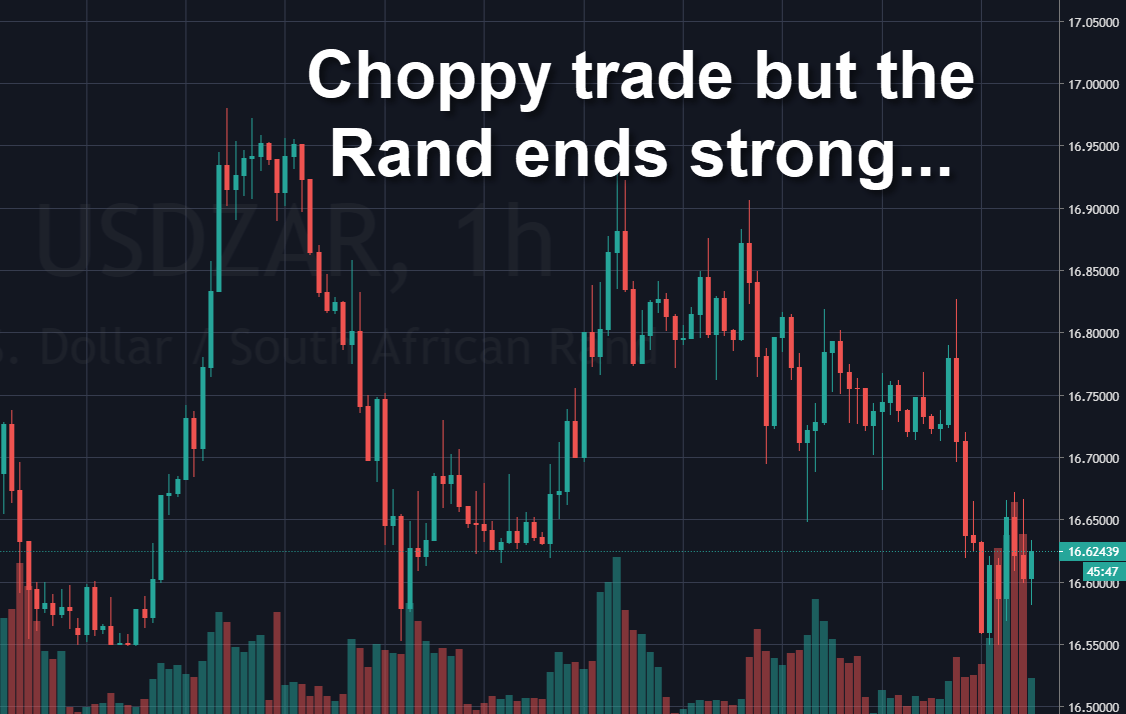 But even with the good news for Ramaphosa and crew, the headaches remained with trying to dig SA out of the hole the pandemic has created on top of existing issues.

The old saying was applicable - "It never rains but it pours"…

...as the country attempts to find its feet under level 2 lockdown, Eskom has not made things any easier as the power utility implemented stage 4 (yes, that’s a four!) loadshedding.

And while the facts and figures are hard to measure as to what is lost when these sorts of disasters occur, Bloomberg put together a chart showing the effect that electricity supply has on GDP: 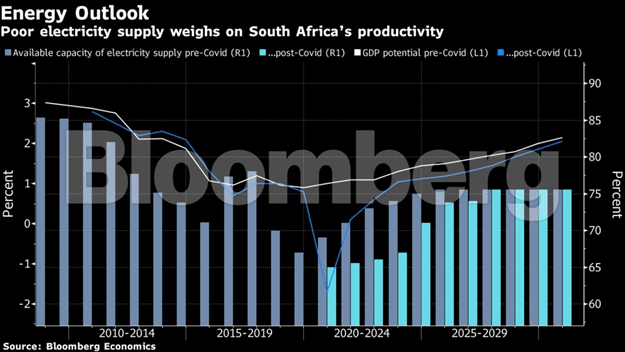 Saving Eskom is paramount to SA's post pandemic future. Without this being resolved, it is going to be like sailing a ship with the anchor still dragging on the ocean bed.

As for the Rand, we saw the same old choppy trade carry through the week, but finally settling into its rhythm on Friday, trading down to test into the R16.50s again.

This was a strange period, as the Dollar Index had strengthened through the week, and yet the Rand managed to strengthen against the Dollar - showing how the ZAR is its own kettle of fish.

And so the Rand closed the week out on a high note, turning the tables on all the negative news!

As we look to the week ahead, there are a number of big events for us to keep our eyes on, especially in Europe, as we look for triggers for some market movement:

That said, there is a lot more to focus on then just the above both locally and internationally, with global stock markets having a possible follow-through on last week's selloff, a countdown to the US elections being one week closer, and economies trying to get back to some normality amidst the ongoing pandemic.

So the uncertainty prevails - which means continued volatility!

The Rand could have some more steam left to push stronger, but don't expect it to be one-way traffic if our Elliott Wave based forecasting system is to be believed.