All too quickly, this year is already three quarters over!

And, as the last quarter kicks in, the Rand has certainly got some spring back into its step after spending some weeks in the winter doldrums.

This week was another for seeing Rand on top, fighting hard against the strong Dollar.

It was also a week of big news, with UN talks and more on the go.

...let's take a look at how it all happened

Here were some of the bigger headlines from the week:

The ZAR has managed to keep a solid period together for the most part of September, since its high on the 5th: 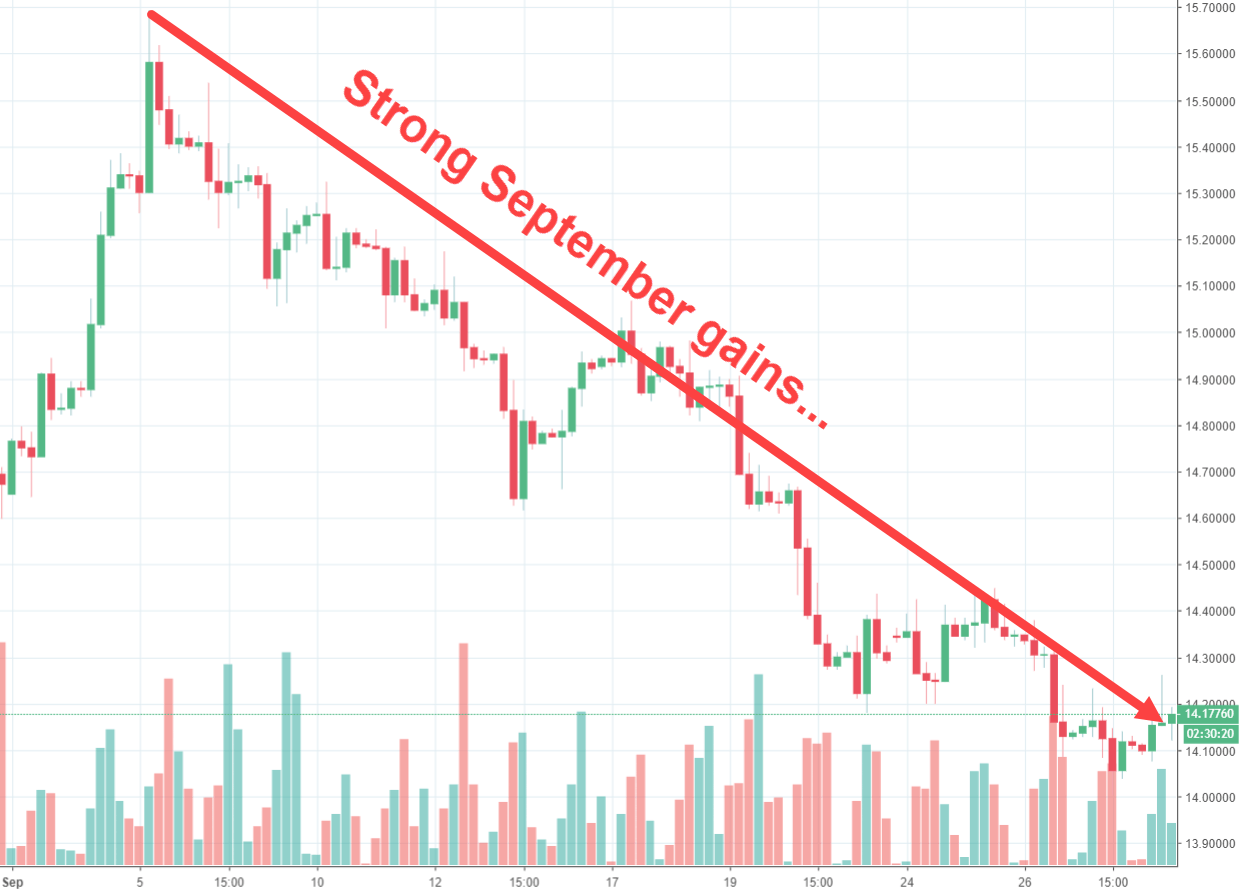 The Dollar Index (DXY) has also largely been on a downtrend since mid-August, apart from strong retracement this Friday, which has also contributed to this turnaround for the Rand - some much needed relief for sure.

This week was no different, as the market continued its downward trend...

...however, not as strongly as the previous few weeks - signs of the market running out of steam?

Despite it being a public holiday in SA with Braai Day being enjoyed, it was one of the more volatile days in the whole week. We opened around R14.35, broke lower to R14.20, and then ended the day back over R14.35 again!

It had been a hectic few days leading in to the weekend, with Ramaphosa's stimulus package, Brexit talks and US-China trade tariffs...

...anyway, very choppy trade took us into Tuesday, where everyone got back to work and the Rand continued its choppy trade.

All eyes however, were on Wednesday. The US Fed was due to make their decision on the Interest Rates.

Emerging-market currencies were on the edge as US policy-makers widely anticipated to raise interest rates by 25 basis points - and that was exactly what they got. However, the reaction from the Rand was not one that economists would have expected...

Yet, this was how the chart looked as we neared the close of the week: 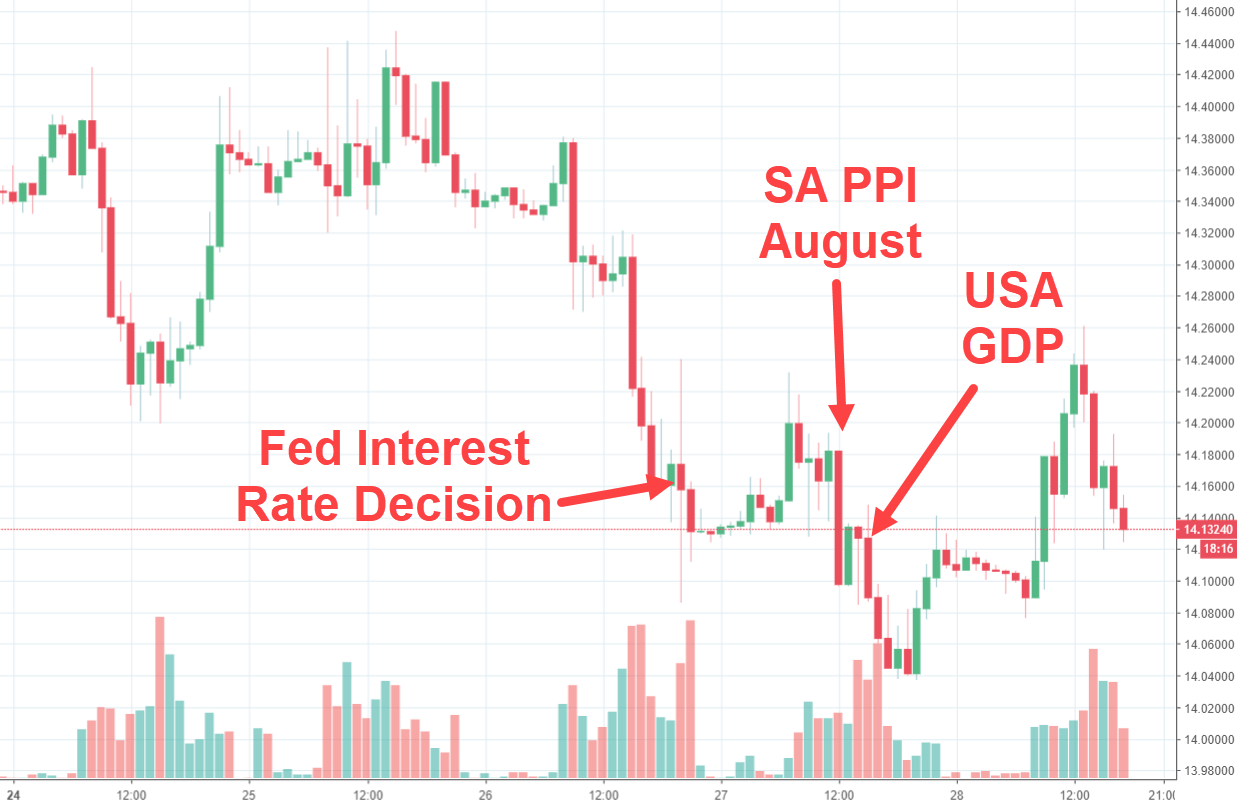 There was more to the week however, than just those few events:

To end the week off, the Rand closed at R14.15 or so, on the back of some good news from SA's Trade Balance that they were back from a deficit to a surplus... 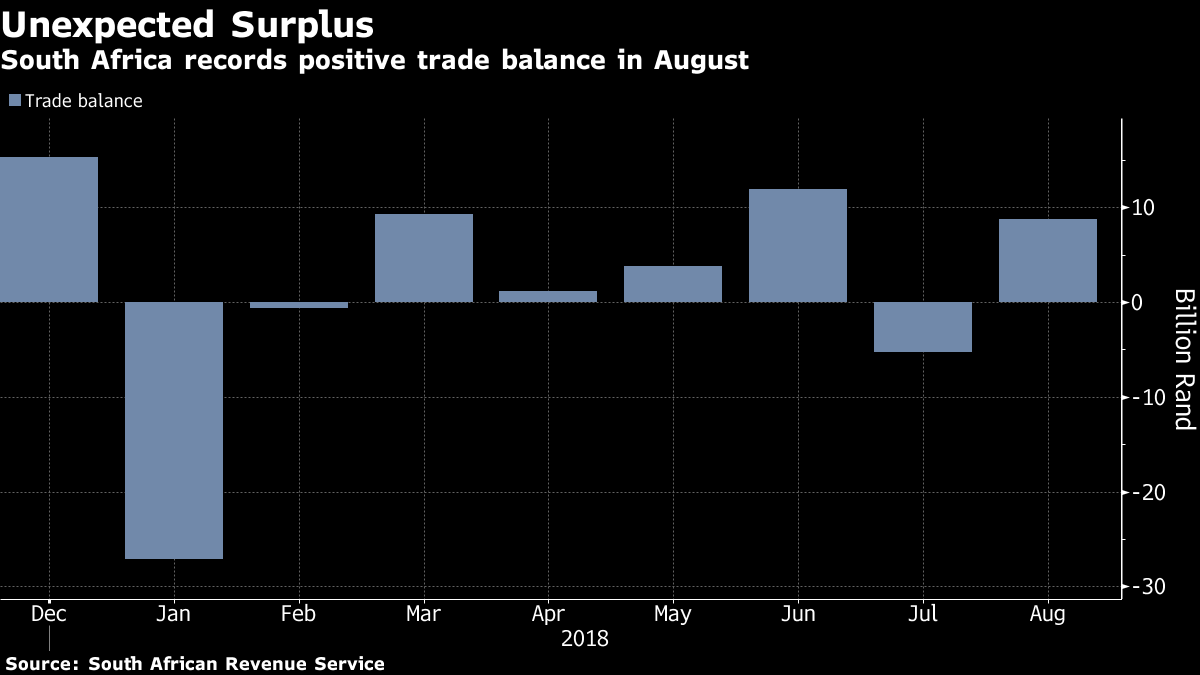 It has been a rocky ride for the Trade Balance, but hopefully it will be more consistent going forward...

And then that was that for the week...with the Rand managing to end the week around 14.13 - a pretty plucky effort!

The Rand has strung together 3 weeks of solid performances, but can it hold onto these hard-fought gains?

This week sees some high impact fundamental events, which could provide plenty of volatility - apart from all the political turmoil that is happening locally and abroad.

But the balance of the week is likely to be more volatile, with several key fundamental events due that could provide triggers for large moves.

We are expecting the Rand to lose a bit of ground won, but it will certainly not be one-way traffic.

To look at where we see the market heading the next few days and weeks ahead - and what key levels we are looking at to confirm our wave count, simply join us for the next 14 days for free.

Just use the button below - and I'll see you on the inside!

Alex Paynter
« Previous Post Rand comes roaring back to win the week! Next Post » Dollar sends Rand back toward R15/$