Another frantic week of market activity has passed us by, as 2021 market activity promises to be just as tumultuous (if not more so, based on our predictions) as 2020...

And this this time was the turn of the Rand to forge a comeback against the Dollar, after huge losses.

As the ebb and flow of markets continued...

Global news continued to dominate the headlines, with the end of Trump's 4 year term approaching.

There is a lot to cover, so let's get into the full review...

Firstly, we released our next US Dollar vs Rand update on Friday the 8th, before the week began. With the Rand at R15.28, we were expecting to see a push higher into the R15.55-16.08 area before we would then see the market top out, and move back down lower. (see below - click to enlarge)

We were due for another humdinger if this was to be accurate!

The week had plenty going on, and here were the biggest talking points:

And the week had gotten off to a bang by the time most had not even got into the office!

This meant we were right into the middle of our target area, and a reversal was imminent...

...and right on cue, it came as per our Elliott Wave based forecasting system, as the market collapsed lower to R15.15 by late Tuesday trade.

Sometimes the precision of the Elliott Wave and our other indicators leaves us amazed too - this was one of those days!

In amongst the frantic news, market activity and more, it had called this perfectly... 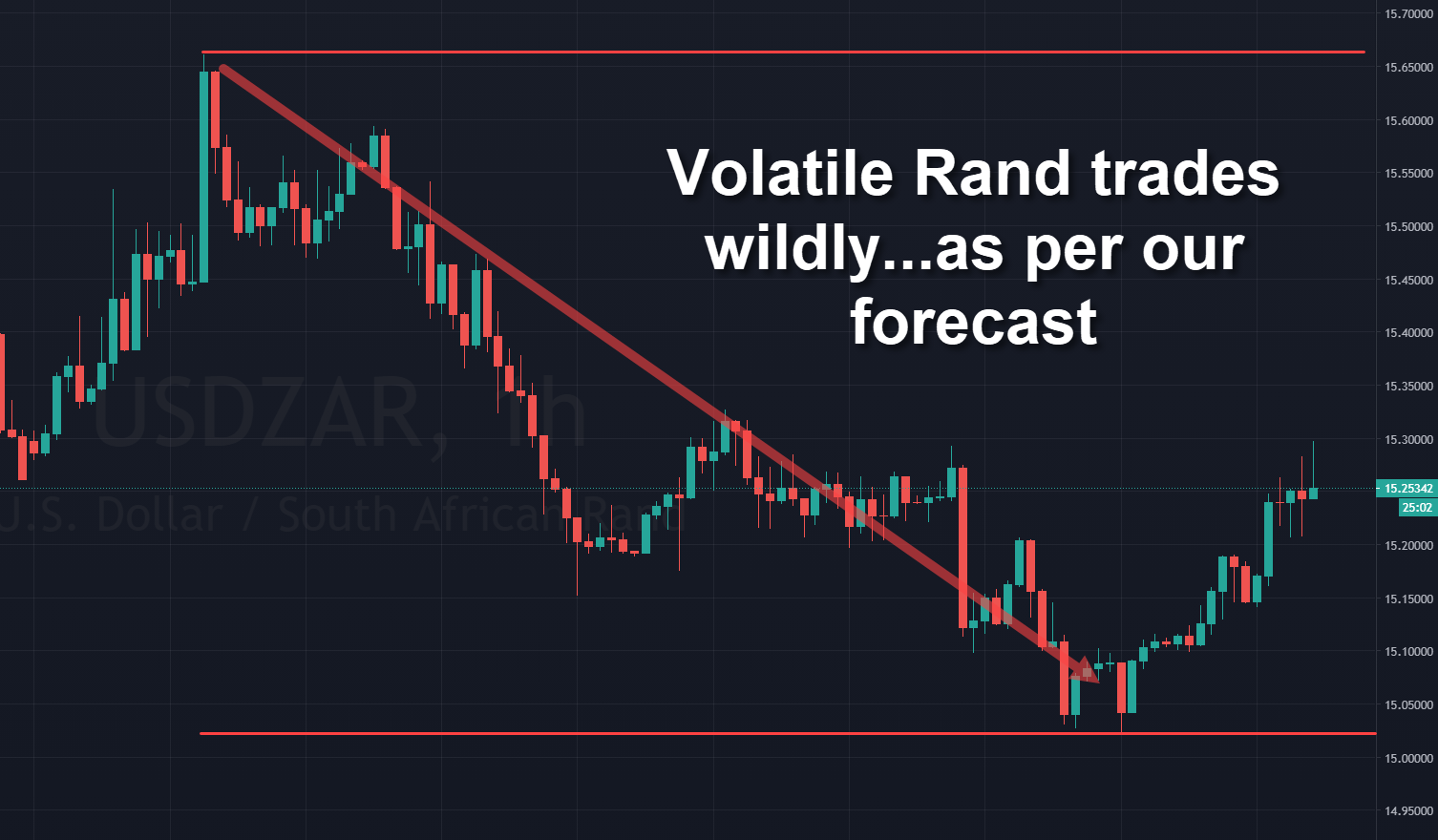 Over the weekend, Trump was all over the headlines again as Democrats moved forward very fast to hold an impeachment vote before his term in office ended.

This is the kind of censorship that is consistent with a communist agenda, not a social media platform in a democracy - and is an ominous sign indeed with this being in the hands of a few. But Big Tech may well have shot themselves in the foot, which has started with a mass exodus off their platforms...

And then the impeachment hearings. Before any investigation was completed or all the facts established, the House went ahead and voted to impeach him for insurrection and incitement of violence (this now goes to the Senate - which will only begin the debate after Biden is supposed to be inaugurated).

In addition, a state of emergency has been declared in Washington DC with tens of thousands of troops being deployed there ahead of the planned inauguration against possible unrest (for what is expected to be a low-key event?)

It seems January is not going to slow down anytime soon!

And then in other news, we had some other big events:

To get a picture on where Gold is going for the rest of this year, take a look at our Global Forecasts Package here
P.S. We do Bitcoin vs US Dollar, Euro vs US Dollar and the Dollar Index too in the same package 🙂

Locally, focus will start shifting to next week’s SARB interest rate decision, with the MPC expected to keep rates unchanged to support the struggling local economy, perhaps even for the duration of 2021. However, there is growing support for a 25 basis point cut that many feel is the “magic pill” the SA economy needs.

And then to end of the week, came the announcement that President Trump had declassified a foot high amount of documentation including shedding light on the Obama administration's surveillance and espionage committed against the 2016 Trump campaign, which will likely open a can of worms.

And with that, we saw the local currency test down toward R15.02, before bouncing back up again to R15.30 on Friday afternoon.

As we look to the week ahead, apart from all of the other points we have discussed, these are the events to watch for:

The big one here will obviously be the lead up to Biden's inauguration on the 20th, with many things going on in front and behind the scenes. Does Trump have any cards left up his sleeve?

Our Elliott Wave based forecasting system has served us well in calling the recent lows and we will continue to look to it to give us direction for the days, weeks and months ahead.