Another week, another Rand turnaround...

Such has been the stability of the local unit been over the last 3-4 weeks, we have seen it trapped in a mere 40c range.

So one thing is clear - don't expect this lack of volatility to last too much longer.

But for now, the Rand is enjoying quite the run, moving back down toward testing below the R14.10 levels...

In this world of a Dollar driven market, it will be a waiting game for the USD's next move as well as the ZAR's, to see when we are actually going to get a clear breakout.

For now, let us get into the full review!

Before we get into the week, here were the biggest headlines:

So the local unit opened around R14.45 to the Dollar, having weakened into the close of the previous week.

It was due to be a defining week, with so much hanging on whether we would see the trend continue or come to an abrupt end.

And speaking of abrupt ends, it seems one is on the horizon for Secretary General Ace Magashule as the ANC suspended him!

This was the big political news of the week, with Ace having been the thorn in Ramaphosa's flesh since day 1...

...however, it was not going out without a fight as he promptly attempted to suspend Ramaphosa himself in retaliation!

Lack of constitutional powers meant that this was an impossibility, but it shows he will not go down without a fight.

As the rest of this 'soap opera' plays out, it will be certainly shape the political landscape in SA for the years ahead, as Ace has been a communist troublemaker since day 1.

And somehow, the Rand loved this news and began it's trend stronger, moving from weakest levels in a month of R14.54 to be testing R14.20 and below by Thursday! 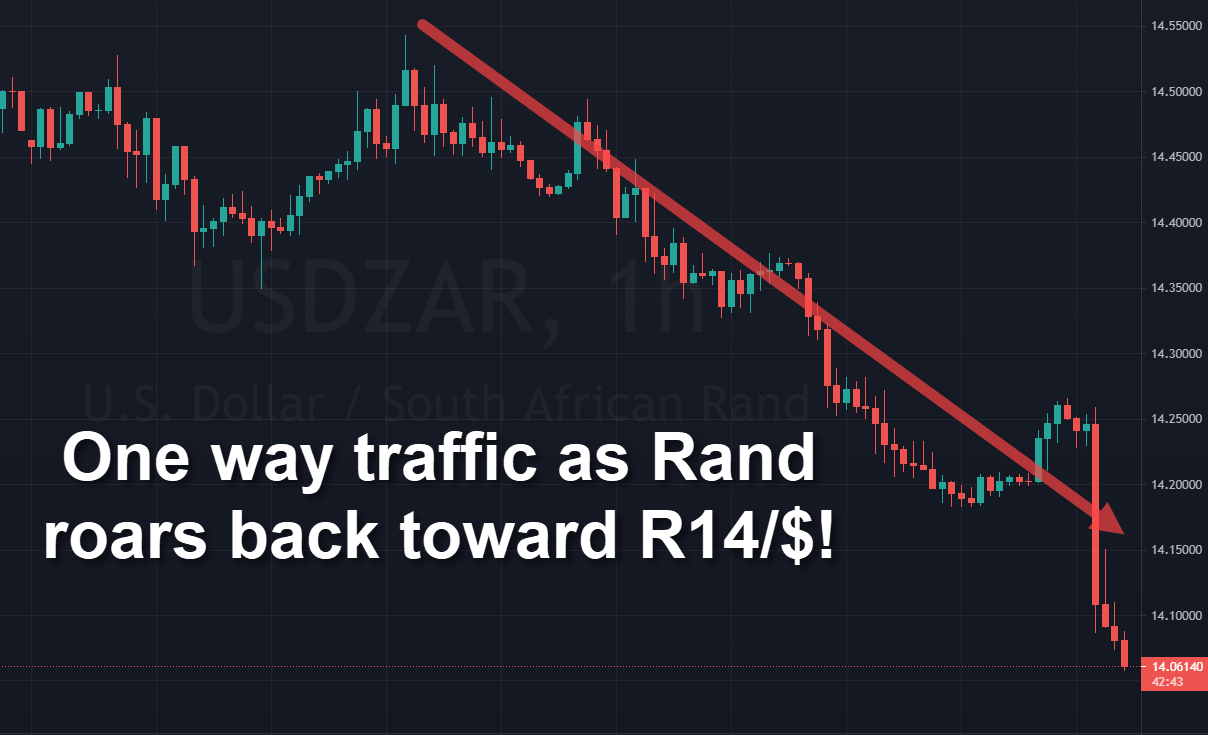 Certainly interesting pictures for each, but the overall message was clear:
All the while, the US economy seems to be continuing to pick up momentum, as the blocks started to all fall into place:

Yet, these gains don't seem to be translating into any Dollar strength, as the USD Index has continued to languish around the 90 point mark, with no sign of breaking free of its sluggish trend.

Fed's Yellen too warned that interest rates may have to raise somewhat to keep the economy from overheating. Such is the stimulus spending right now, there is threat of the recovery being overcooked!

Who would have thought...

Well, after that bust of the Non-Farm Payrolls, the ZAR exploded lower to break R14.10!

It was once again a case of the Dollar's loss was the Rand's gain.

The USD has been on a hiding to nothing for the last year...

...when a trend reaches an extreme, you can expect a reversal soon.

How far away can we be from that?

These are the questions we are left with heading into the new week...

As we look to the week ahead, we have a quieter schedule ahead of us in terms of events, but will look to see what triggers the next Rand move...

Here are a few to watch out for:

So not too much on the economic event front, but there is always plenty happening with all the social, political and financial upheavals going on.

Based on our analysis, this ZAR strength has a little more momentum to go, but could well be coming to an end shortly, and we will be watching some key levels (as depicted in our forecasts) to confirm direction for the weeks - and possibly months - ahead.