A topsy-turvey old week for the Rand, as it battled to get on top of the Dollar.

It was quite a week on the global stage, as the US and China continued to spar over trade disagreements...

...and things started to get a little messy between the two nations.

And then locally, the aftermath of the election was being counted, and a look forward toward the new cabinet.

Here are some of the biggest headlines we took note of this last week:

Well, for the Rand, the week was looking to start on the front foot after a good post-election thrust..

The final counts were out for the 2019 election, with the stats looking like this:

A strong finish for the market on Friday meant the Rand opened around R14.15/$ and there was hope of a break below R14 to the Dollar with the momentum that had built up...

However, that was not to be!

From the open on Monday, the market turned to hit R14.38 before the US close!

The Trade War had taken a turn for the worse:

China retaliated against the US (after the US increased tariffs on USD 200bn worth of Chinese goods) by increasing tariffs by 25% on US imports worth ​USD 60bn. Investors flocked back to safe-haven assets, leading to global equity markets and EM currencies feeling the pressure.

This would not have made Trump happy, as he had warned China NOT to retaliate.

And retaliate they did.

The long term view though, China has more to lose, as the below stats show - and Trump knows it. 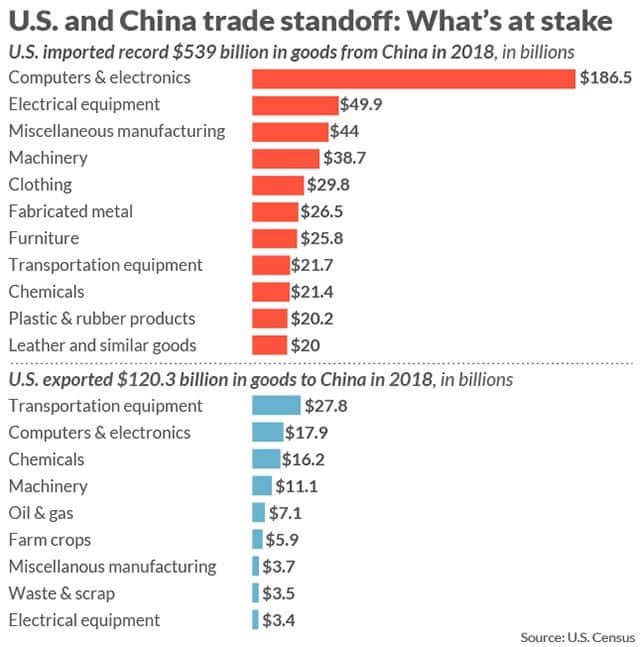 So, the game of cat and mouse continues, with smaller emerging markets caught in the middle of it all.

But then Trump tweeted that a trade deal might be on the cards in the next 4 weeks (Don’t hold your breath!).

This provided the trigger for the Rand to break lower again, back down toward R14.20...

The week just brought more of the Trade War ping-pong as President Trump announced he would delay automobile tariffs on Chinese imports.

Then it was Iran, as tension between them and the US saw oil spike to $72 per barrel - more petrol price increases anyone?

And then the big one for the week:

Moody’s warned SA that if they don’t address the country’s credit issues, a downgrade could be on the cards. This is one of the many different factors that Moody's is considering, and is certainly one of the most concerning. Moody's already issued a statement on this some time back saying that SA's debt was increasing, but manageable for the time being.

But this went one step further in saying that despite SA's credit profile being "resilient to shocks", it was likely to continue to erode.

Despite this news, the Rand strengthened well to break down to that R14.12 level by midday Thursday!

Some of the other big news headlines for the week:

And that was the news for the week...

...but the Rand wasn't going end this week in any style, as iFriday saw the Rand capitulate in horrible fashion, soaring from its low on Thursday of R14.12 to break over R14.40 by the close of the week... 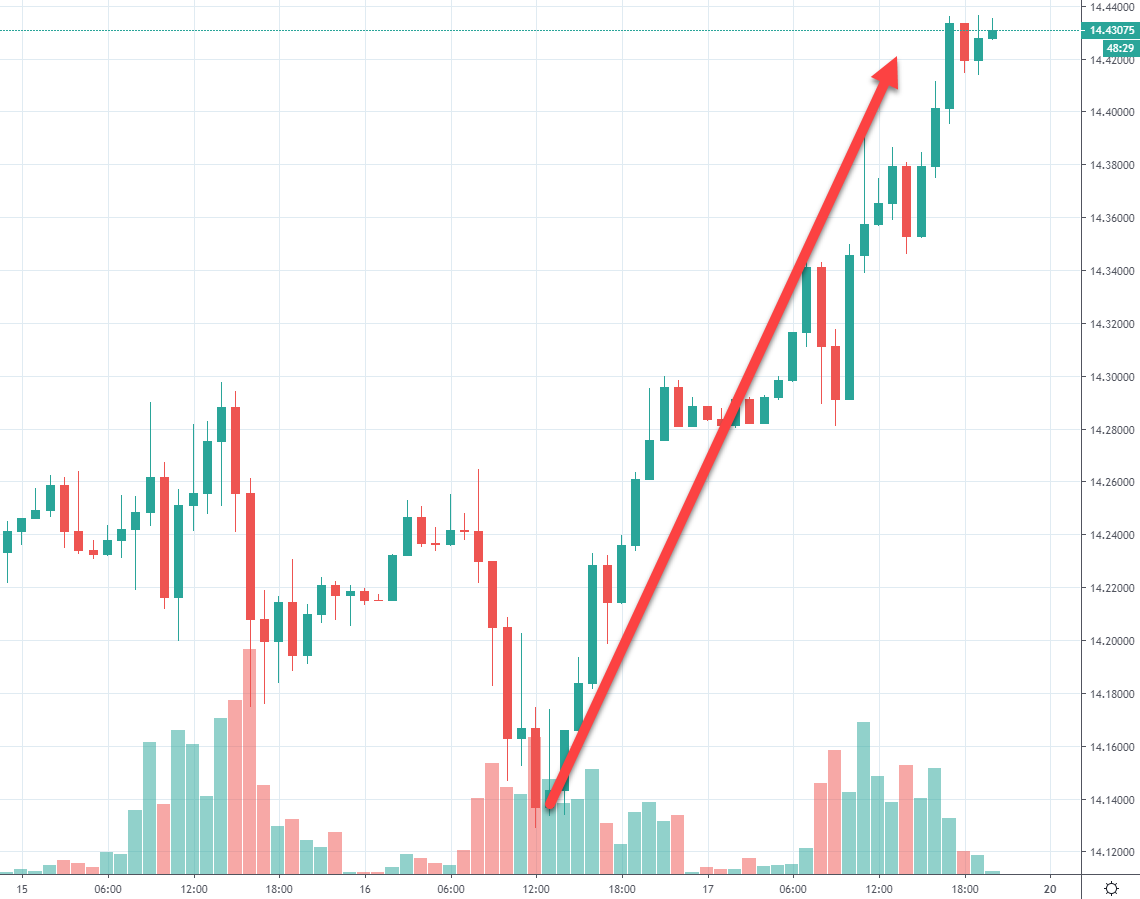 ...and it was all Dollar momentum as we headed into the weekend.

This week sees several medium impact economic news out of the US, and of course, and interest rate decision locally (where the MPC are between a rock and a hard place) and news of the Cabinet reshuffle.

And then of course we have the next plays on the US-China Trade War - with emerging markets being taken along for the ride...

The next week could be critical for the Rand's direction the next month or so - we will be watching closely as the market progresses to confirm our short to medium-term wave counts and predictions.

Join us today as we do so.