Just when anyone would think it is looking like one way traffic for the Rand, it pulls a surprise back out of the blue!

After seeing the market shed almost 100c in a week, we saw it claw back almost all of that, riding back down toward R16.40.

It was once again global events taking centre stage, as the presidential race in the US started its final lap...

...with a chaotic debate grabbing many headlines.

And then there was a host of local news too!

So let's get into the full review, as we try to cover the key moments from the 5 days.

Here were some of the biggest headline grabbers from the week:

And the Rand began the week very much on the back foot, starting over R17/$ following a previous 5 days...

...and most were expecting more of the same.

The Rand though, had other ideas.

Over the next few days, the tide well and truly turned, as the market reversed back to test R16.40 to the Dollar by the time Friday rolled around. 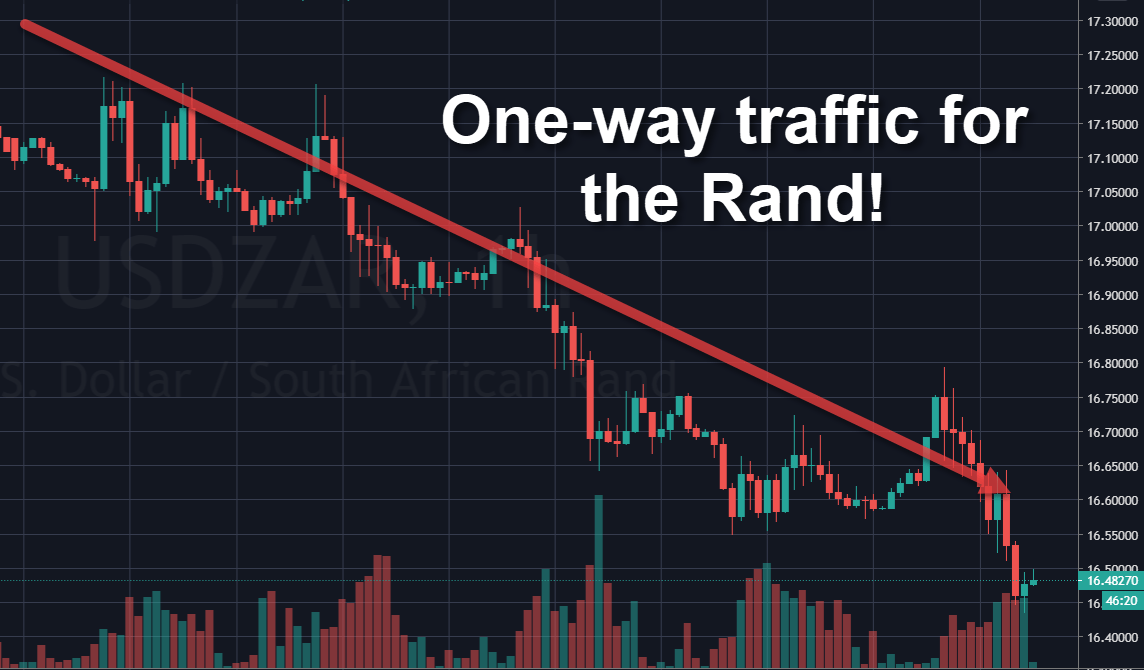 The airline is now grounded (apart from a few previous commitments with cargo flights), as the government looks for where it can fund the massive hole in the finances.

Based on the way the Treasury responded to this idea of bailing SAA out last week, it may be best if it just stayed grounded - instead of burning more cash!

And then there was the Presidential Debate over in the US, which was fairly chaotic with insults flying between Trump and Biden.

In the end, there appeared to be no clear winner of the debate, even if the choice between the two candidates already couldn't be any more stark.

A very interesting chart released by Elliott Wave International showed an amazing correlation between the stock markets and presidential elections: 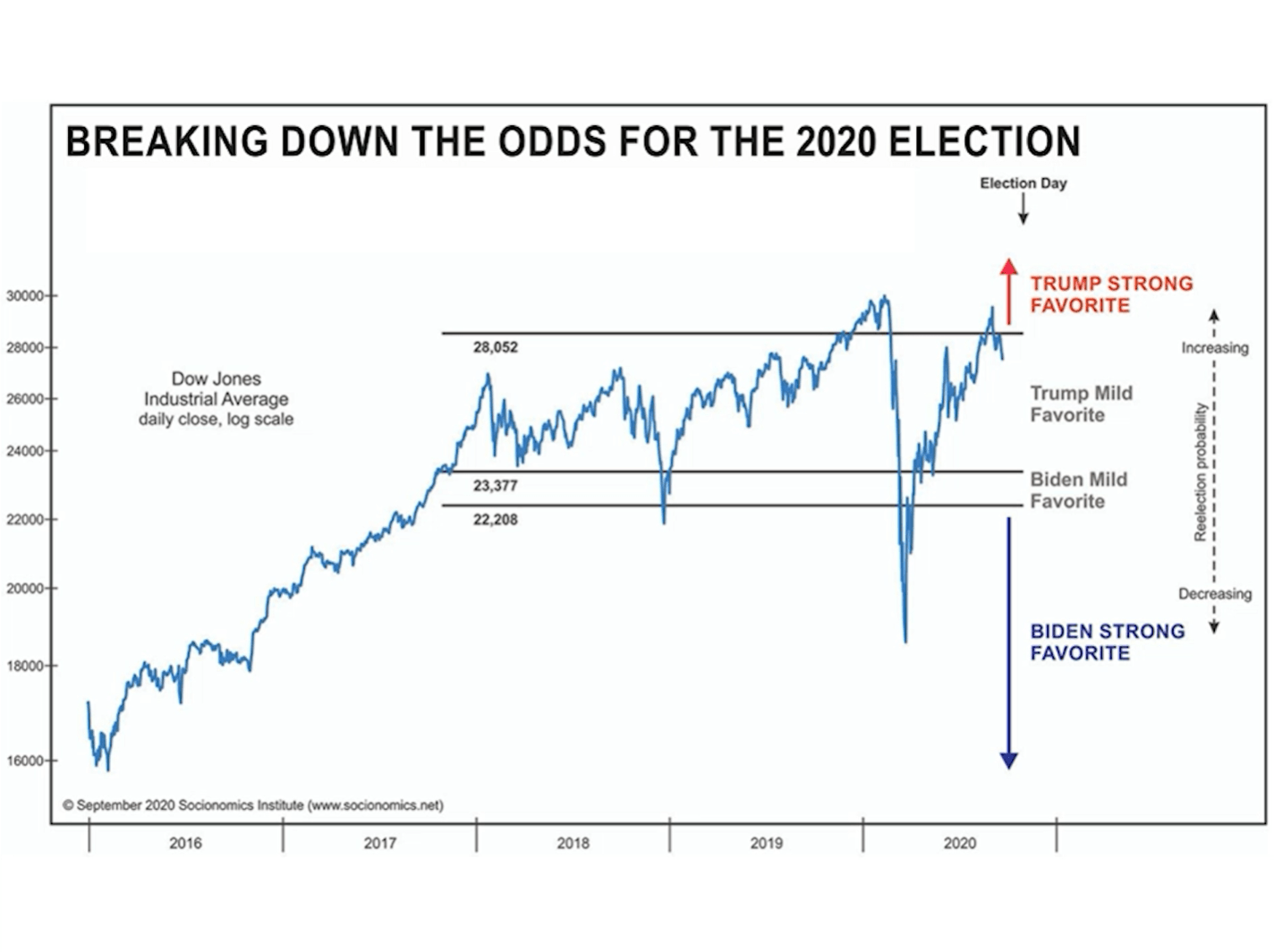 Their video explains the detail of this, but in short:

All of these chances are based on the where the market is on election day...

...sure makes for an interesting read!

And so, getting back to the Rand… what a week!

The market kept trending down to test R16.40 to the Dollar by late on Friday...

...this was following the news that Trump and his wife Melania had both tested positive for the virus - how will this affect the election in the coming weeks?

After a very busy week, this next one is looking a little quieter on the event front, with nothing of note locally, and only a few international events:

Once again, the focus will be on the international stage as we watch to see what happens with stimulus, Trump's illness, and the election - with all these being major Dollar triggers.

And for now, the Rand is riding the news very well!

Based on our charts, we are watching some key levels this next week, which will give some clues for market movement in the coming weeks...

Bottomline: this volatility is not going to go away! So you will need to keep focused!

But as we saw this last week, it isn't as simple as positive or negative news...

Rather, it's a case of having an objective view of where the market is likely to head before such events, so that you can prepare and take action ahead of time!

We have updated a number of the longer term charts, which show that some very interesting few days, weeks and months lie ahead...