A week of uncertainty - with the Rand on the defensive - saw more range-bound trading from the local currency...

As much as many would like to see it break free of the R15/$+ levels, it seemed fairly well settled there, still not inclined to testing that psychological level.

However, you can always be sure that quiet markets are not going to last.

And with the Trade War ongoing, and events like Brexit playing out, a trigger is just around the corner...

...so let's get into the full review to see how we can prepare for just that.

Here are some of the biggest headlines for the week:

The Rand started Monday with a massive gap between the close on Friday and the open on Monday - all of 12c! 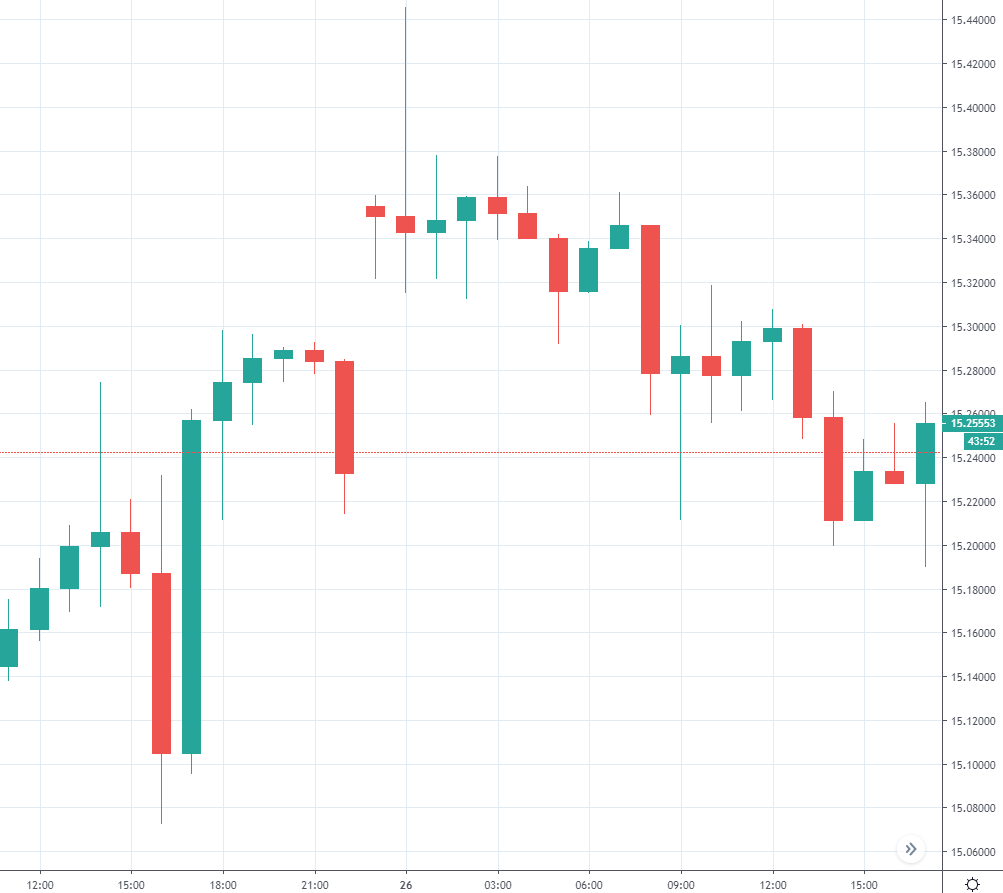 This can be confusing to many persons as to how it happens...but the market fairly often gaps like this.

But nature hates a vacuum and so, almost invariably, the market is drawn back to fill this price gap.

It had been a weekend of worries for investors, as Trade War fears continued without any sign of relief.

However, on Monday that changed. The event that caused the seas to calm a little was when President Trump stated he had a phone call with his Chinese counterpart and that the Chinese are ready for a deal...

...and so we wait for some kind of resolution.

Later in the week some more good news did surface: Risk appetite spiked as the Chinese commerce minister came out yesterday saying they will not retaliate immediately to the recent US tariff increase and will line up another bout of face-to-face trade talks in September.

It appears that this may fall onto the backburner for a while now, in view of those talks - with Trump a little softer on the subject, rather than the fire and brimstone of the week before!

However, it seemed to be fire and brimstone in the UK as Boris Johnson came out all cylinders firing in his plan to make Brexit happen...

...to the point where he has (with the Queen's approval) closed parliament, to try to ensure he can yank Britain out of the EU by the end of October.

This did not go down well.

...Jeremy Corbyn called it “a smash-and-grab raid against our democracy.”

Many investors outside 10 Downing Street in London agreed, as they protested the "coup".

The Pound has now lost 15% against the Dollar in a little over a year as this situation has steadily gotten worse: 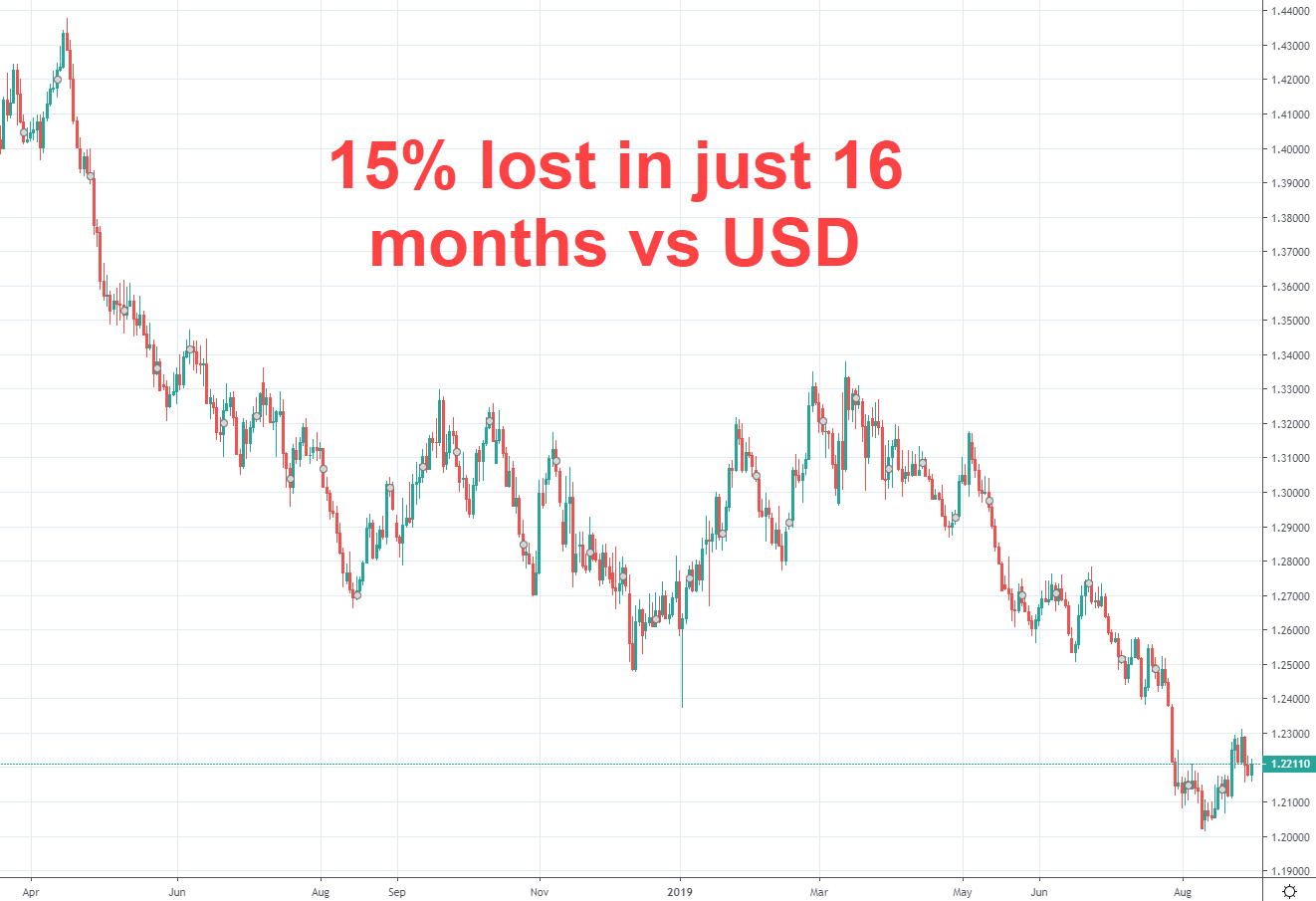 With time running out now, it appears that a 'hard' Brexit is going to be the only way an end is reached - which will basically be Britain 'crashing' out of the EU, rather than gently exiting...

...this could, and likely will be, destructive for businesses and consumers alike, with problems like food shortages not an unrealistic possibility.

As for the Rand, amongst all of this, it was actually a good end to the week. After the market had tested R15.50/$, we saw a recovery in the latter half which took us to sub R15.20 levels by the close of the week. 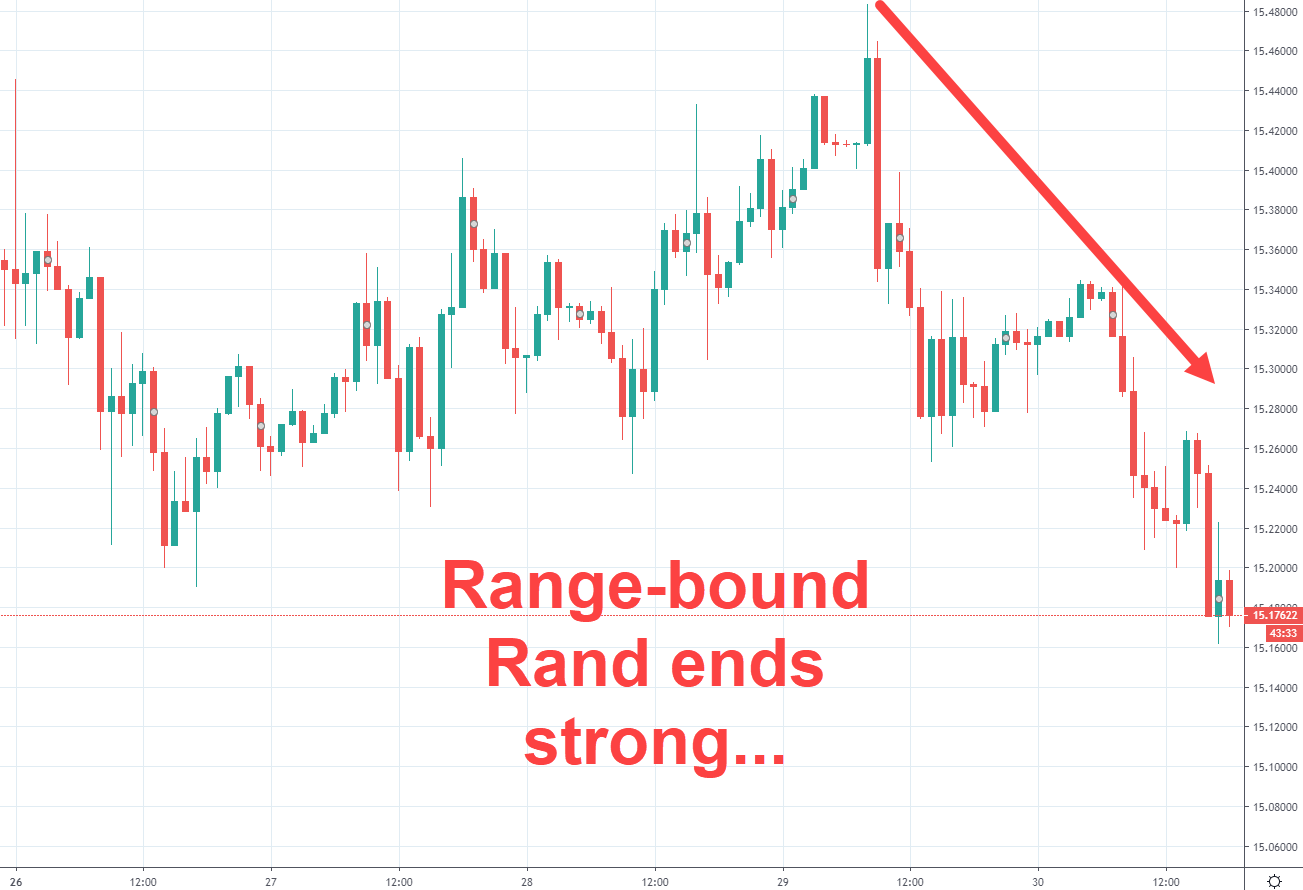 It had been an up and down few days, and looks like that uncertainty will continue as long as events like the Trade War and Brexit play out...

...and that was the wrap - for the week and the month!

Well, here we are in a brand new September, and there is plenty this week to give us a few surprises, with some key economic data releases

And then we have US Fed's Chair Powell speech...

... which could prompt a knee-jerk reaction from Trump's Twitter finger

... which in turn could prompt some reaction from the market!

Of course, then we still have the unfolding sagas with the US/China trade war, Brexit, and the Hong Kong crisis to keep everyone on their toes.

So expect a bumpy ride, folks!

Big question: How is this likely to impact the Rand?

And again, our simple answer is, we do not try and decipher the news or fundamentals to give us direction. We simply let the market itself tell us what is happening, by analyzing the patterns of sentiment .

Applying the Elliott Wave Principle (the study of human behaviour in financial markets) to the market provides us with the best guess as to where the market is likely to be headed - much better than anything else we know.

Based on our analysis, we expect some more Rand strength, but we still have a couple of possible Elliott waves counts playing out at present, and the next couple of weeks will be critical to determine whether the preferred or alternate counts play out, as there are some critical inflection points to watch.