A week of confusion for economists has come to a close, and a new one has begun...

It was another strange week of economics, where nothing that happened really tied up to any event.

The Rand was stable. Far more stable than you would expect, with the amount of news grabbing headlines - both economic and political events of huge importance.

Yet, the Rand soldiered on...

So let's get into the meat of this review, and how we could have seen another strong Rand week coming...

The week began with the Rand a shade above R14 to the Dollar - with little to no reaction to the Non-Farm Payrolls, we had again ended on a high, and hoped for more of the same.

Our forecast from Friday indicated that we could see some further strengthening to sub R14 to the Dollar, and then a retracement would be imminent:

And here were some of the biggest talking points from the 5 days:

Well, to get right into the biggest turning point of the week: Brexit.

Theresa May has failed again, and it is hard to imagine her remaining in power for much longer - despite votes of confidence having failed against her so recently. She had 3 years to put a deal together, and today it is almost as bad as the day after the exit vote was held...

And it came to the crunch with a meeting on 10 April 2019, just 2 days before the extended Brexit date. The EU leaders got together in Brussels to make a final call, with the clock ticking toward a no-Brexit, which would be chaos like we have not known yet in this whole debacle.

After all was said and done, the net result was an extension the end of October...

Which meant that the UK will have to partake in European elections - as well as poor Theresa May having to come up with another few hundred proposals to UK parliament.

Contrary to past similar events where there was a potential extension of Brexit being announced, the Pound weakened this time around...showing that we cannot look to events to give us market direction...

...previously this has been a trigger for Pound strength, as a hard Brexit would be disaster. 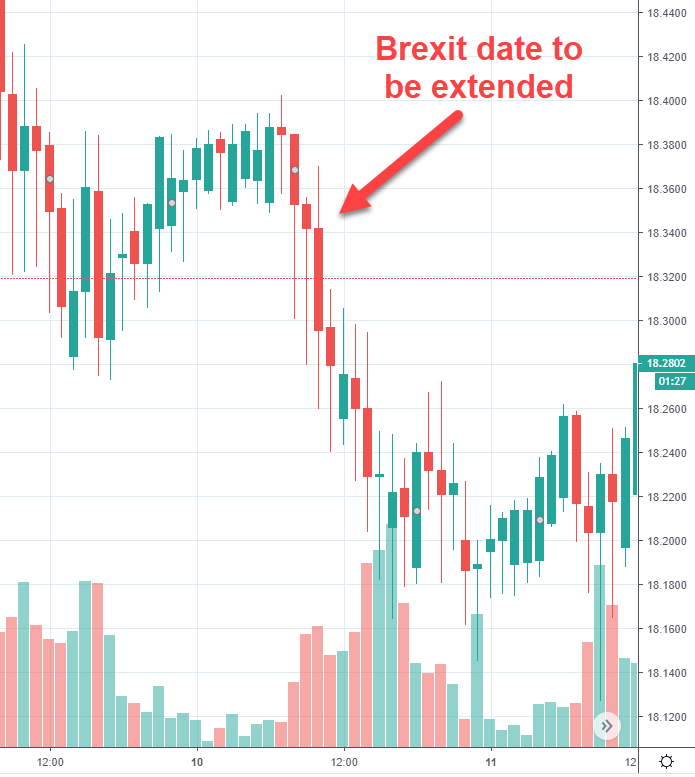 But perhaps it had a little to do with what the other big news for the week was - the IMF's predictions for the global economy over the next few years.

They have dropped off their predictions steadily over the last few months, and have continued to do so - a sombre picture was painted. Forecasts are for a growth rate of 3.3% in 2019, falling short of the 4% in 2018. This decrease in growth is of importance as it might have a negative effect on emerging markets (such as SA) and lead to risk-off sentiment. Triggers such as trade relation breakdowns (think USA and China) and a no-deal Brexit will add fuel to the fire.

Yet, the Rand was not phased, moving to close Wednesday below R14/$, maintaining its position as one of the best emerging markets of April...


There were a few other talking points in the headlines:

The Rand held steady for the most part of Thursday, before breaking back over R14 to the Dollar, but still held in that range of R14.27-13.87, as it has for the past two weeks.

Friday brought some choppy waters as we broke to R14.10 to the Dollar...

...but quickly the market was back under R14/$ to end the week on a high note: 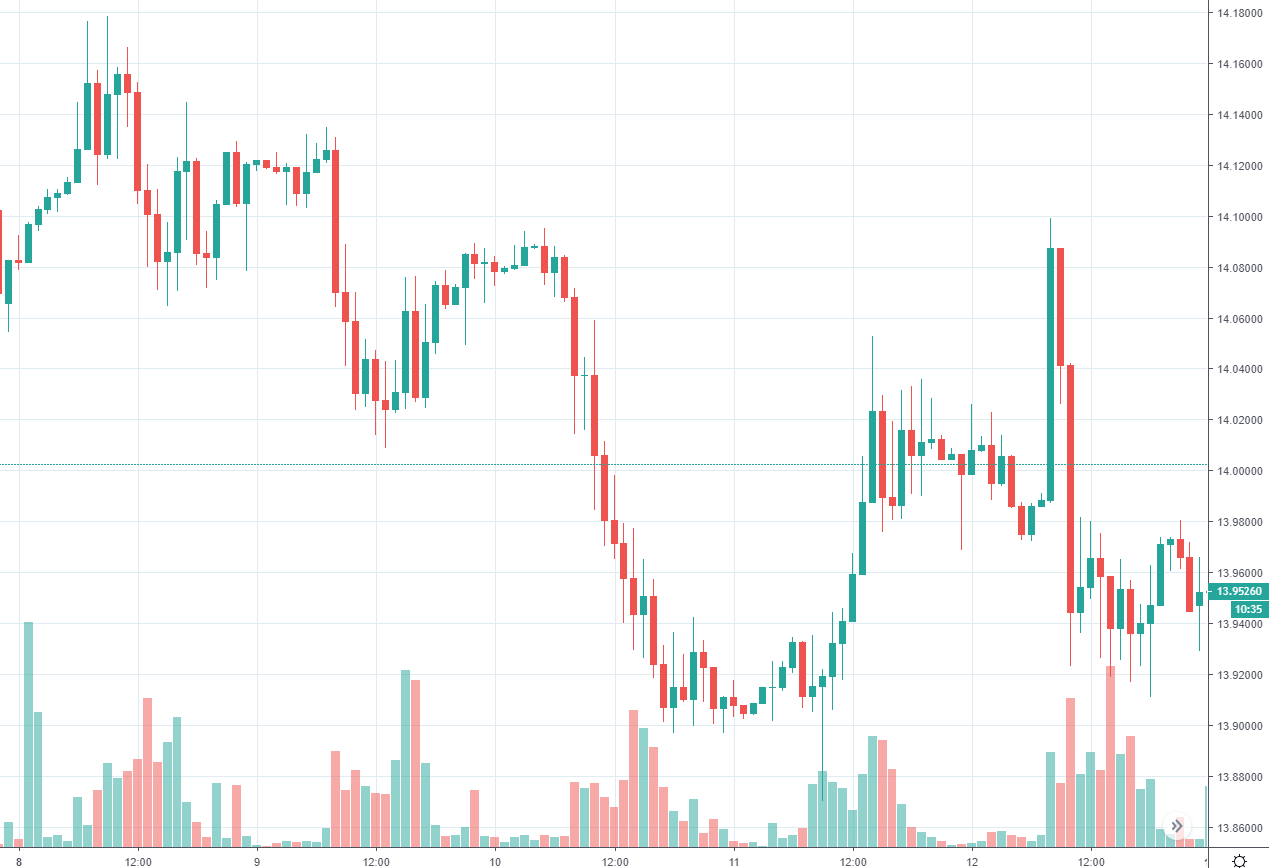 As we head into the third week of April, there is not a lot in terms of high trigger moves, with US Trade Balance and retail sales probably being the one with any possible impact.

But that doesn't mean that this week will be one with minimal Rand movement. Often currency markets have some of their biggest moves when there have been no fundamental or economic data releases or news.

Based on our current analysis, in the short term, there are two possible scenarios playing out, and we are watching validation levels to confirm which will win the day. But the near and medium term outlooks have become much clearer in terms of Elliott Wave pattern..

If you have been caught by unexpected moves, leaving you feeling frustrated, angry and overwhelmed, let's help make your forex decision-making less stressful, time-consuming - and more profitable. For free.

How can we do this?

Simply by sharing our roadmap for where the market is expected to head the next few days weeks and months ahead - for free.

Simply join us today and give our 14 day free trial a shot.

Appreciate your feedback and thoughts.