What a week for the Rand as we saw the market come roaring back against the Dollar, Euro and Pound...

...but one thing you would know from following our articles is this - that when sentiment reaches an extreme, it can only turn one way.

This is demonstrated in our see-saw analogy video over here, which shows how market sentiment can only go so far before it has to pull back.

Well, that was what happened during this week...

A big reversal against the Dollar saw the Rand reach well below R18/$ for the first time since March...

...but what does the future hold? Is this a temporary blip before we test R20/$?

Read on...let us take a look at how things went and then how we seem them going from here.

As we look back at this last week, here were the big talking points from the 5 days:

So, where we began the week was around R18.50, a far cry from where we ended a few days later.

But as we began the week, we had a host of risks still facing the Rand. Perhaps more than the week before, as the steadily worsening effect of the pandemic lockdown further crippled the economy.

So one would think that Rand bearish would be the only stance one could have...

As already discussed, when sentiment reaches an extreme, we can expect it to turn.

This is because there is no one left to turn Rand bearish and push the market further. And then a few starting turning positive ... and then a few more as mass sentiment changes

And often, when this happens, there some trigger event.

But, looking at the economy ... at the job losses ... at all the business closures ... bankrupticies ... and spiralling government, corporate and private debt....

One must ask, "How does this make sense?"

And that is it exactly. It doesn't make sense.

A vaccine cannot fix all of the above disasters. Not any of it, as a matter of fact. The damage has been done through the lockdowns anyway, not the pandemic itself, and actually all it has done is expose amount of economies that are built on the sand.

(Do you see yet how irrational this is?)

The fact is, this is just how the markets work.

Because they are driven by human sentiment - by irrational, emotionally-driven human beings ... and this happens time and time again!

So as we saw the week proceed - and emerging markets strengthen considerably - economists had to find SOMETHING to reconcile why this was happening...

Cue the vaccine story, and most persons just gobble it up as being the case.

But those of you who are on the inside track as to how markets work, know full well that this was merely a trigger...and underlying sentiment was due to turn, based on the Near Term Outlook we issued last month.

And that was just what we saw as the market strengthened further on Thursday to touch R17.51... 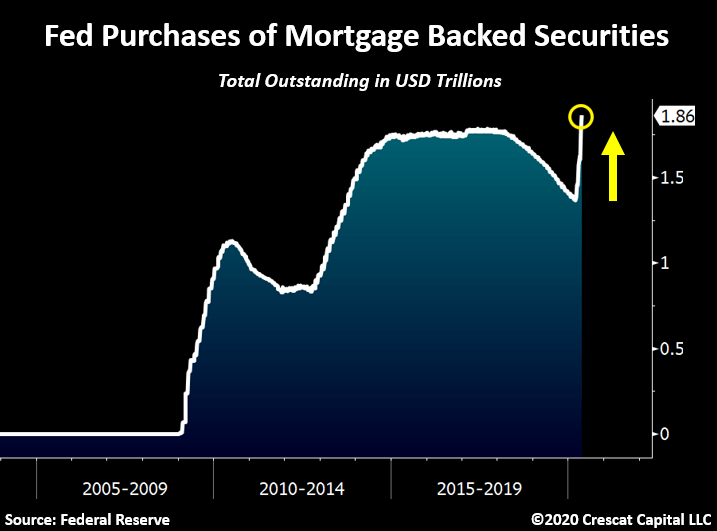 So, why is the Fed buying so many mortgage-backed securities now?

Because this market is in trouble, and they are trying to prop it up.

We all know what happened to the housing market in 2008-2009 - and what we are heading towards is something worse than that. This is unlikely to end well for the Fed.

There is much more we could talk about from this last week…these are the sorts of topics we are going to cover in our upcoming newsletter launch.

Reply to this email if you are interested in getting access to that, as it will be critical to seeing what is coming in the next few years as we unwind from this pandemic.

We saw the market break 100c stronger to touch R17.51 in late afternoon trade on Thursday, before seeing a small retracement to end the week around R17.60.

So, has the sentiment turned?

Read on… it is time for the week ahead's outlook.

As we look to the week ahead, there are a slew of events over in the US as well as some local:

We have something special for you this week, as we will be going live with Scott Picken of Wealth Migrate for a currency-focused webinar on Thursday this week.

This will not be one to miss as we look to the months and years ahead in this fast-changing world, to give our views on what we see coming for global currencies...

The link for the webinar follow in a email the next couple of days, so stay tuned for that...

As for the Rand, we expecting a ding-dong battle this week, with some potential for a bit of early Rand weakness.

We have some key levels we will be watching..

...and we suggest you do the same.

Alex Paynter
« Previous Post Risks abound for the Rand...where to next? Next Post » US & China tensions rise as Rand trades sideways...