This week was a scary one for the ruling party, and Saffers in general.

Headlines blared with doom and gloom, worry and despair.

With the ANC just a few months off from elections, this was exactly what they did not need - along with general confusion and lack of clarity in the EWC debate, and the Rand weakening ever further over R15/$.

And that last statement is what really concerns us - as exporters, importers, investors, traders and more.

Let's review how this torrid week played out...

Key moments of the week -

So, the talking point of the week: Rand Weakness

When the market hit R15.69 to the Dollar, it was shocking to take a retrospective view, and see just how far we had come in the last few months. Since February 2017, where we saw the Rand reach its best level since Feb 2015, there has been a complete turnaround.

Losses in value since: 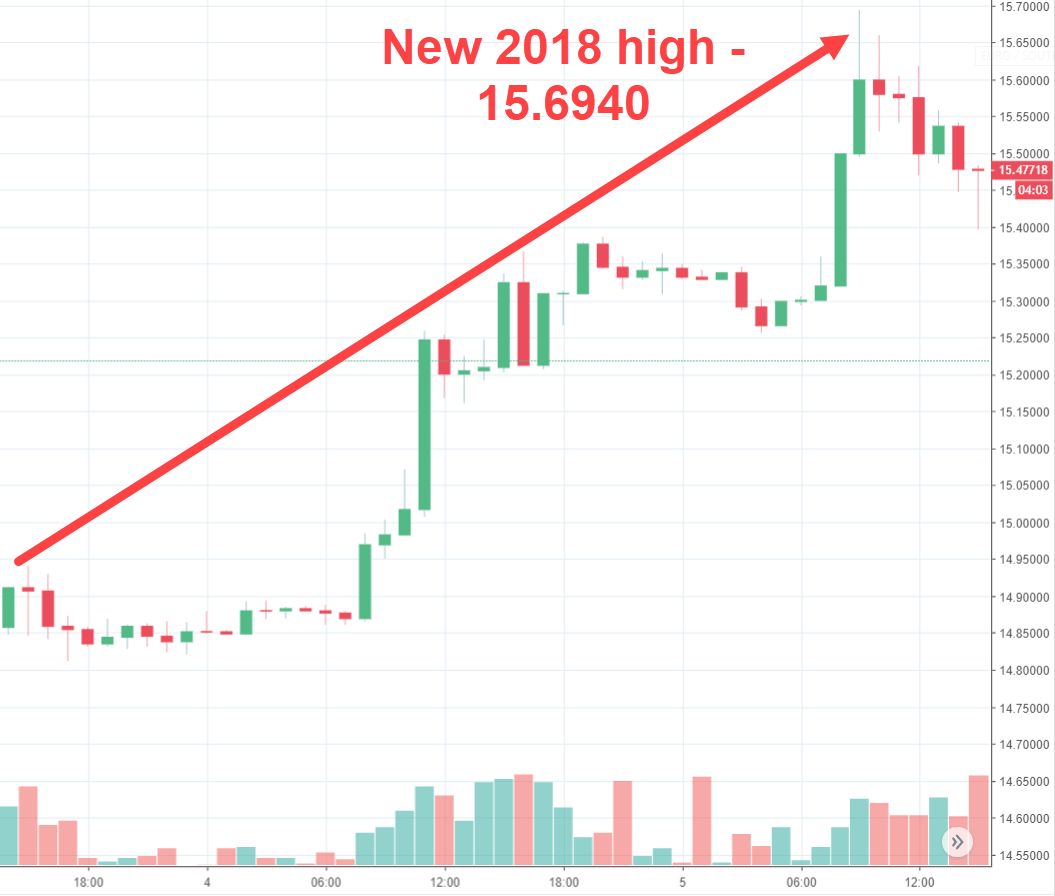 But what makes this time different?

Well, it was that alarm bell we were talking about earlier of the technical recession.

This was how it all happened:

Finance Minister Nene came out with ideas as to how the recession can be turned around, as well as the ANC calling for the stimulus package for the economy to be implemented immediately. These points are important, but ultimately, what is hurting the Rand is the EWC debate - we say it time and time again, but investors NEED stability. Currently, there is nothing of the sort.

The Rand is what sits in the middle of this muddle, bearing the brunt of it.

The week had many more headlines, and here are just a few of them:

As for the battered Rand, it held on to end the week around R15.20 to the Dollar - still a full 35c higher than where it began the week, but a little stronger than where it was midweek.

It had taken two days of battling against the strong Dollar to finally manage to break almost 50c lower than where it was from the high of the week, but there was some way to go... 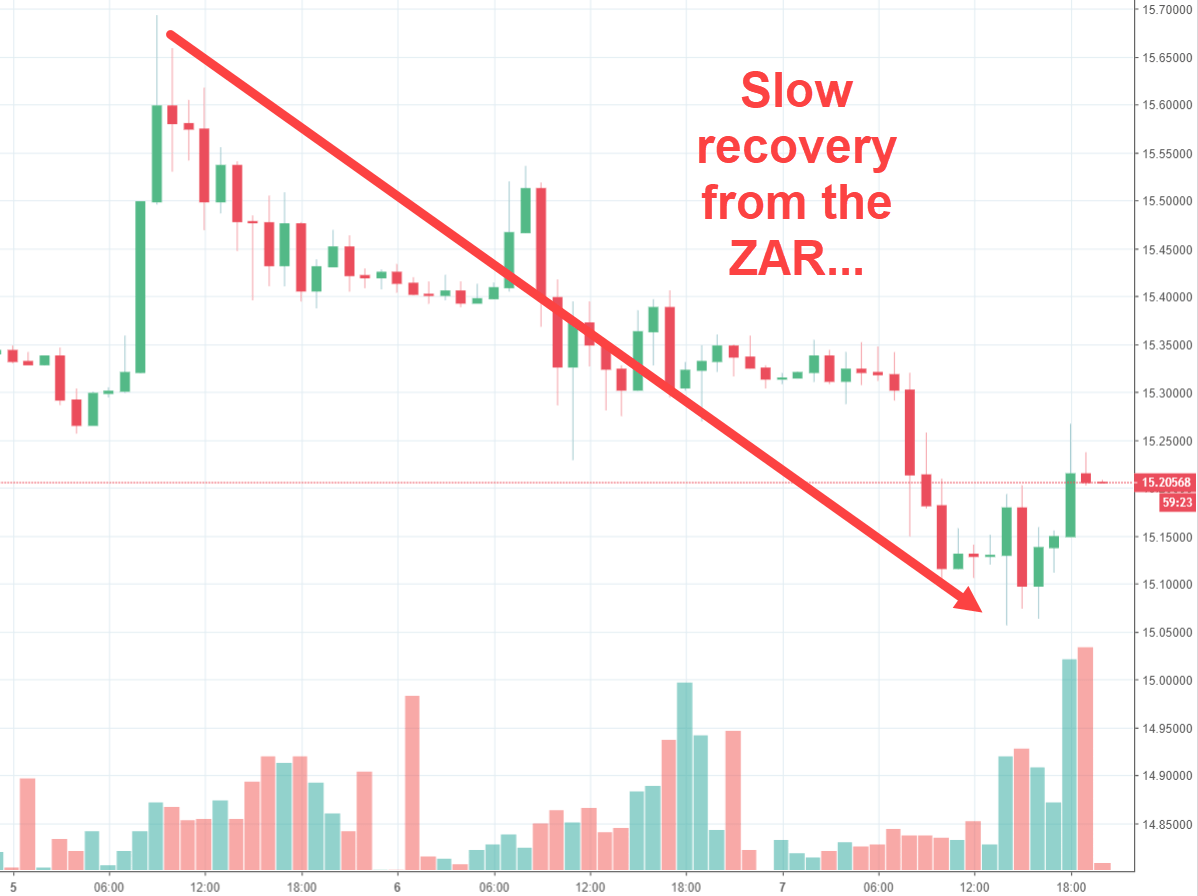 Well, the roller-coaster continues - over the weekend, a new story broke that Zuma and other top figures from the ANC met secretly last week to discuss a strategy to remove Cyril Ramaphosa from office...

...the ANC came out quickly to say that the report was just "shameless gossip"

But we will have to see what more comes of this.

As for the Rand, it has dealt with early trade fairly well, and is now around down below R15.20/$. As always, the next few days are going to be interesting, and we still remain in the crucial period going in to the end of the year - which just seems to be the Rand's favourite time to pull some tricks.

We will be watching it closely - and suggest you follow along with us if you have any interest or exposure in the markets, with our 14 day trial of our forecasts - just use the button below!

Alex Paynter
« Previous Post Rand runs out of steam...and pays for it Next Post » Rand fights hard to get back below R15/$