Another week, another day of the Rand largely holding it's own against the Dollar.

Come what may, it seems the Rand just cannot be flustered despite the slew of potentially market-unsettling events.

The Ukraine/Russia conflict has continued to drag on, and despite every best effort to calm the storm, every time there is a chance at peace, something more comes up and the tensions rise yet again.

Yet the Rand soldiers on...

It is worth remembering though, that it is at points of extreme, where there is a belief the market can only go further, with despair on the one hand and greed and complacency on the other, that the market is primed for a reversal.

These cycles and patterns of emotions are what dominates the markets, and even if it just looks like organized chaos from the outside, it is actually real emotions and patterns that are playing out before our eyes, reflected in the market.

But let's get into the full review of all that happened, and try take some pointers for the days ahead...

Before we begin, here were the biggest headlines of the week:

So getting back to the start of the Rand's week, we saw the local unit open up in a position of strength at R14.50 - and all eyes on it to see if that trend could continue.

But often is the case, the market was quick out of the gates, and before the days activity was done, the Rand was testing over R14.70!

Tensions remained on edge with the conflict in Ukraine, so these kinds of swings after a weekend of failed negotiations and failed de-escalations, are not altogether unexpected. Markets have 'pent-up' energy just waiting to spring out once trade opens up again!

Locally though, focus was very much on the effects that the war was having, and one of these was fuel prices as the numbers just kept going ever higher for a litre of petrol.

Such was the crisis, that it was announced that there would be a R1.50 reduction on the general fuel levy until the end of May to give consumers 2 months of breathing room.

This would be funded by around R6 bilion of the state's strategic oil reserves being sold, which meant that this would not impact government debt.

There were a number of other changes from the beginning of June, as Finance Minister Godongwana tried to juggle the different margins to ensure that businesses and households were not crippled by the rising costs.

Over in the US, Biden gave the go ahead for a massive release of US Oil Reserves to try and bring the market under control. There would be an additional 1 million barrels released per day from US Reserves, and the plan is for this to run for 6 months to try and bring oil and fuel prices under control. This is an enormous decision, and we will have to watch to see what effect it has on the market over the coming weeks and months.

Trump was the one that filled these reserves from their depleted levels and made the US energy-sufficient and a net exporter of oil. And from day one, the new administration has undone all the good - and now, instead of getting oil production back to peak levels to increase supply, Biden is depleting these reserves - simply crazy!

What a change of administration can do!

Getting back to the Rand, the market trended back-and-forth as global sentiment ebbed and flowed, with the market recovering to R14.40, only to flip back to R14.70 on Friday again: 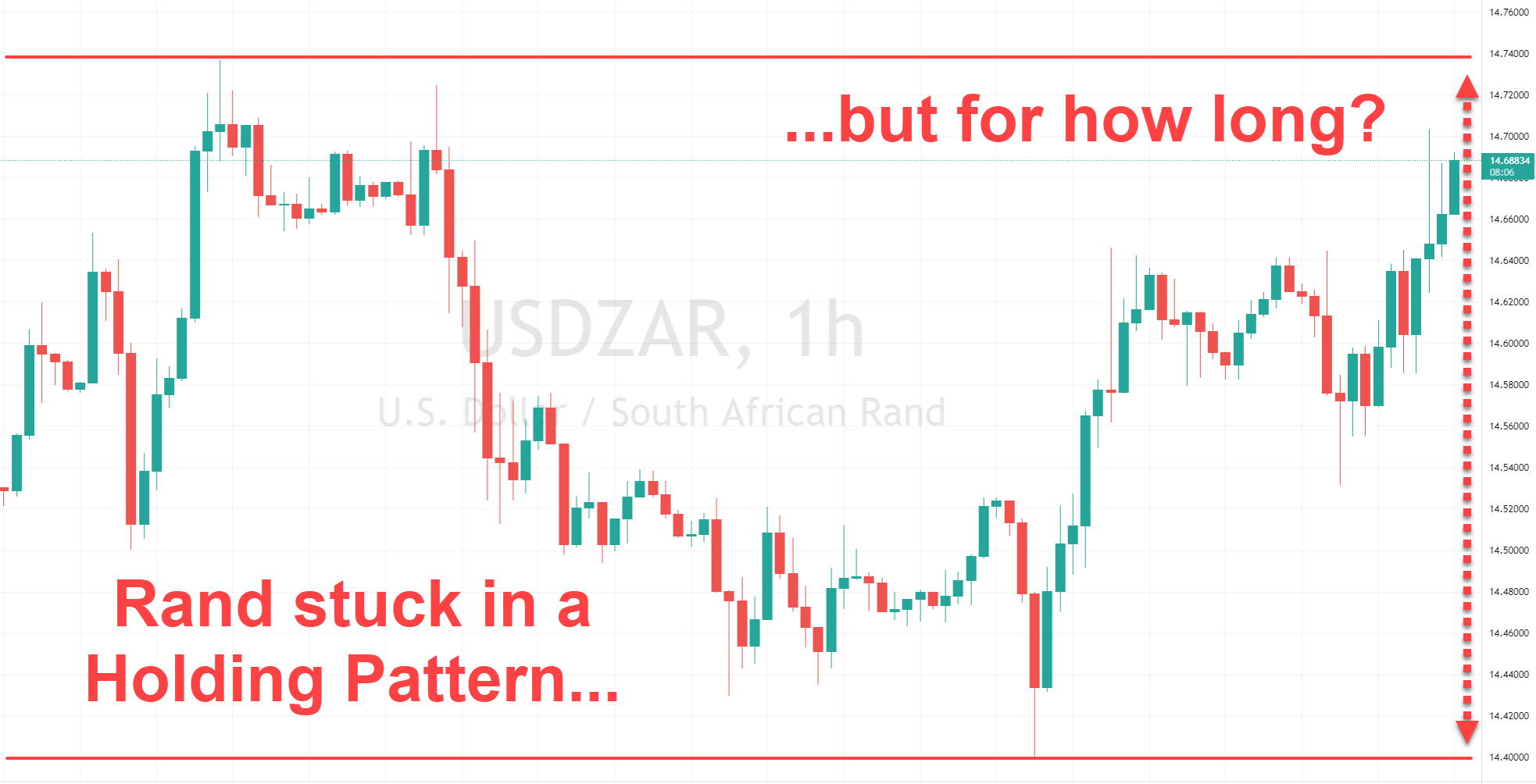 The uncertainty of the Ukraine situation was beginning to get exhausting for markets, as the news from day to day seemed to sway expectations.

In negotiations, it seemed that Ukraine had proposed neutral status which Russia seemed open to...

...only for the supposed Russian retreat to be deemed to rather be a regrouping than a retreat as the week rolled on, and then this was followed up by a reported Ukraine attack on Friday, with 2 helicopters hitting a fuel depot in Russia - causing fires and a lot of damage. And so tensions escalated again.

This on the back of the worst quarter in more than 13 years for the Russian stock market. The ruble however firmed to 83 against the dollar, almost at the level it was before the war, as the unit appeared to benefit from its recent being pegged to Gold (so no longer a fiat currency) - an interesting development...

Getting back to the local unit, Friday saw us track to R14.70, before some retracement to close out the day in the mid R14.60s...

...it had been another frantic week, but once again the USDZAR market had not had a breakout - but how long could this last?

Lots of developments on all fronts, but no doubt the Ukraine/Russia situation and global implications continuing to be in the headlines - don't expect the rollercoaster to stop anytime soon!

As for the Rand, it has maintained its good run, but how much longer can this continue?

The next few days will likely be pivotal...

Alex Paynter
« Previous Post Rand hands Dollar a hiding...but will it last? Next Post » Rand Wobbles But Holds On...when will it break?