Another topsy turvey week from the Rand as we saw the market testing up above the R15/$ level, before breaking down lower again to sub R14.80...

It was a week of news and action, with the markets playing some games.

Today's review will be a slightly shortened one, but there will still be plenty to review...

Here were some of the big headlines of the week:

It was a week of much news, and perhaps none bigger than the US-China interim trade deal which actually emerged the previous Friday. It was cheered by markets as a hope sprung that a complete solution was on the way.

However, as the week went on this quickly changed...

US Treasury Secretary Steven Mnuchin warned that if China failed to agree a deal with the US soon, a new round of tariffs would likely kick in on the 15th of December. The fictitious tentative truce seems to be on the edge again as Chinese officials want the US to scrap the hikes scheduled for December before phase one of the trade deal is ironed out.

So it is a question of how much longer it will be all smiles with a 'deal' having been secured.

The bottom line is that it will just be China who cracks first, with a smaller, weaker and more desperate economy and people. The cracks are showing fast in China, with worse-than-expected Chinese import and export data out during the week showing the trouble brewing.

And then it was much of the same over in the UK with Brexit as Borris Johnson came out with the much awaited news that a deal had been secured between him and the EU...

...however, what followed was that it was going to be necessary for the UK MPs to vote on it before it would go into effect.

This is a problem with many PMs saying they will oppose the deal, and that it is "worse than anything Theresa May ever put on the table".

This will be one which plays out over the next few days as we rumble toward the October 31 deadline...

...Boris Johnson is not giving up on it for anything - regardless of whether MPs vote nay or not.

(only for more to happen over the weekend which changed everything)

In amongst all of this, the Rand did some bumps and bounces around the China news, breaking R15/$ again before pulling back down to sub R14.80 on Thursday with the Brexit deal triggering a nice move: 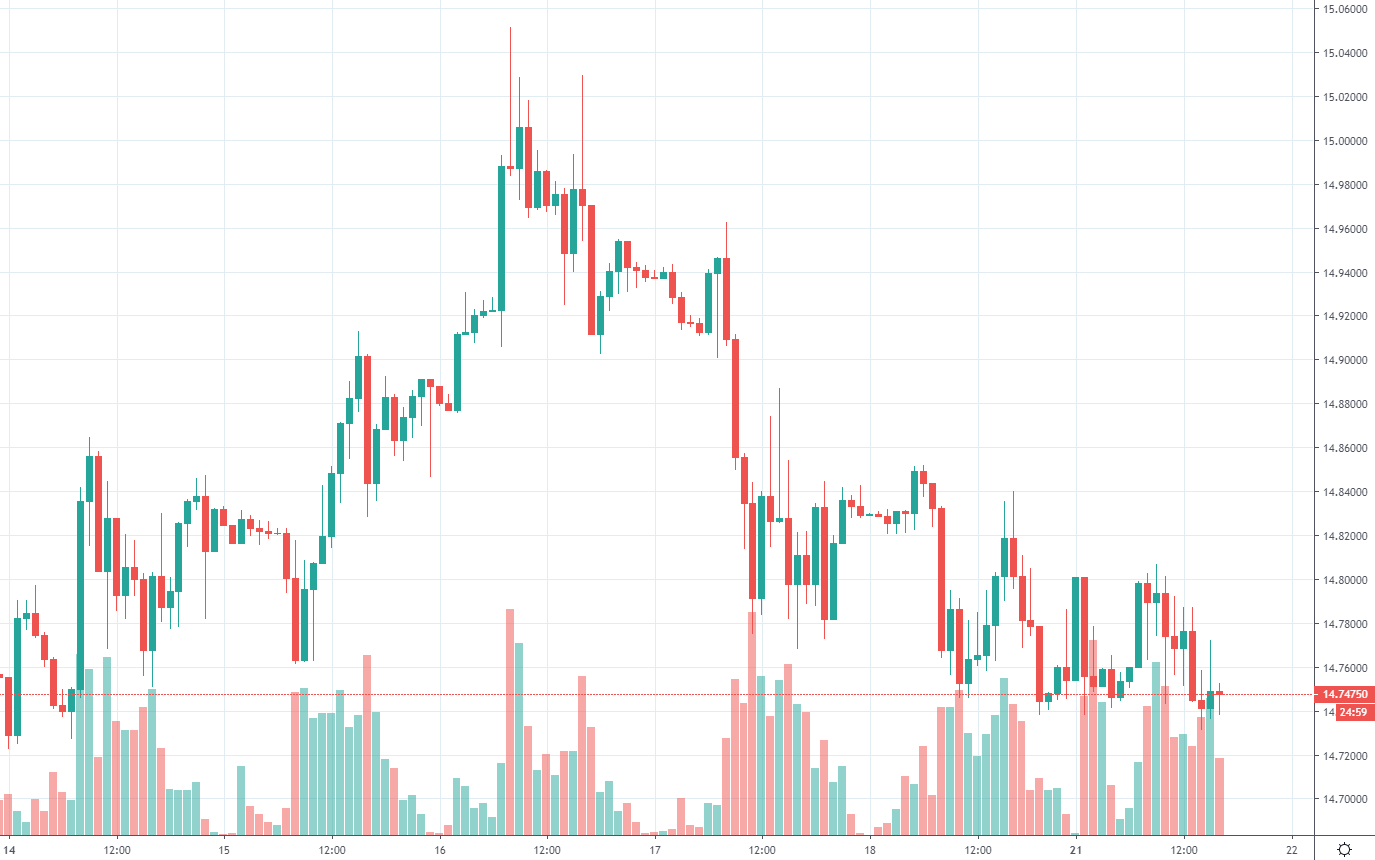 As for the markets, we saw the Rand ended off the week with a quiet finish, trading in a fairly tight band around R14.80 as everyone awaited Brexit news...

And over the weekend, the Brexit news came...

The MPs voted against the new deal and then to get Boris Johnson to request an extension of the October 31 deadline from the EU...

So keep your eyes on this as we head into the new week, as an clarity on this or the Trade War will be on good triggers for market movements.

The Rand has made a quiet start to the week, trading just under R14.80, but there is plenty of events around:

SA interest rates, Eskom's load shedding situation, and Moody's looming locally, while internationally the ECB will be making a call on interest rates this week.

Plenty to watch, and surely action ahead.

The question is - can the Rand extend its gains?

We have some key levels this next week to watch, which could make this week a watershed one.

Alex Paynter
« Previous Post Rand powers on - can it continue? Next Post » Rand holds strong...where to next?