What a week! Another one.

The saving grace for the local currency was its turnaround on Wednesday. The midweek hump ending up being the turning point for the ZAR, and about time too.

The first part of the week was seriously rough, as we saw another 50c just sliced from its value - with no clear evidence of what was causing this...

...and importers biting their nails.

So...maybe just another normal week for those following the volatile ZAR 😉

Let's have a look at how it unfolded!

In a week sending the Rand from pillar to post, there were some big events worth mentioning -

Once again, Trump's actions seemed to dominate the global headlines this week, both nationally and internationally. Alongside that, the Soccer World Cup was grabbing everyone's attention - even the banks were getting in on the action as usual, predicting what match outcomes were going to be!

The US-Mexican border continues to attract attention and drama, with Trump averting a crisis by signing an executive order on Wednesday that would keep families together after they get detained crossing the border illegally.

But in terms of economics, it was all about the China-US trade war.

Until the end of the previous week, it had been a war of words.

Then Trump signed the $50bn US tariff. And China returned with a similar proposal, but on US goods, also totalling around 50 billion US Dollars.

On the back of that, Trump went on full attack: He got the US Trade Representative to draw up a further list of products worth $200bn that would face tariffs of 10%, and threatened yet another, covering an additional $200bn of goods, if the Chinese retaliated again.

This global uncertainty is, as always, very disturbing for the markets.

We saw markets like Dow Jones trade lower each day for 8 straight days, with economists pointing to "Trade War Gloom"...

...and then there was the Rand.

It'd been a miserable June already for the local currency, and it just seemed to be continuing in the first half of the week.

After opening below R13.40, we saw the Rand just keep barreling onwards toward R14/$... 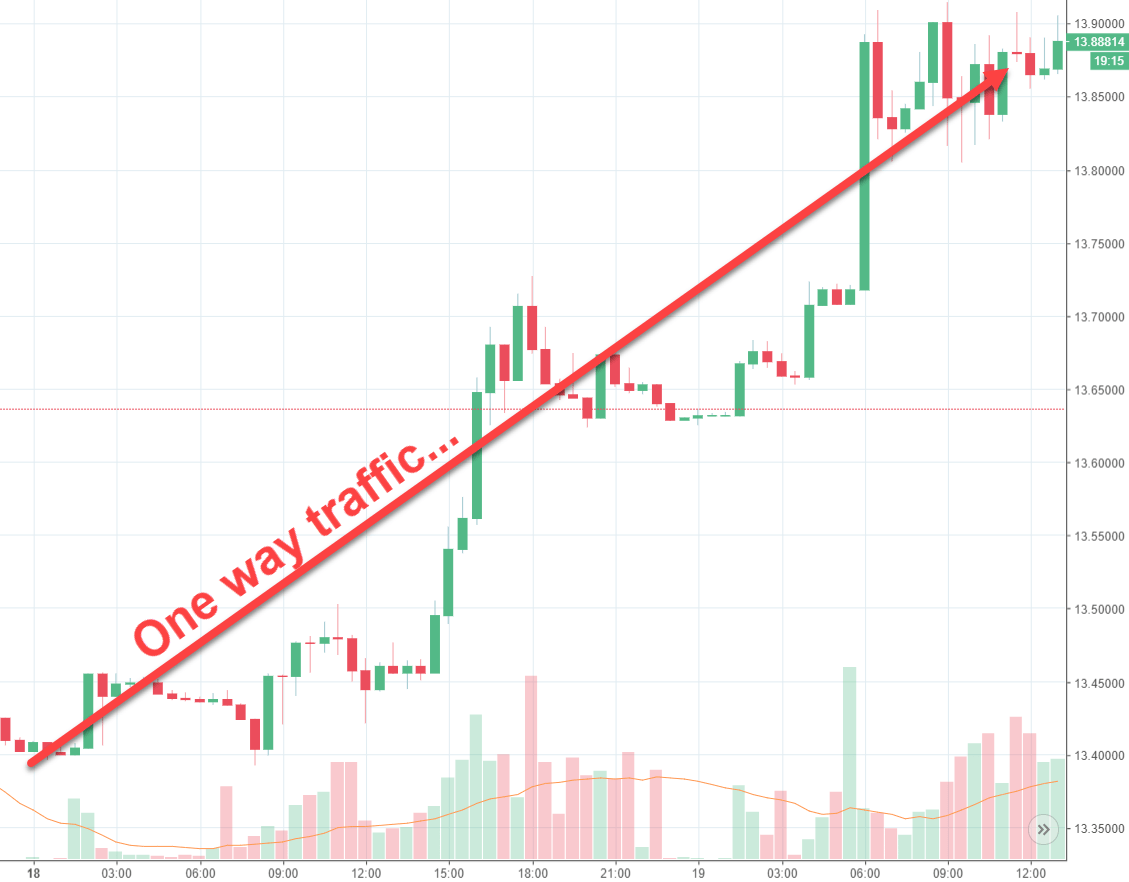 But thankfully, that was where it stopped for the local currency...

After punching as high as R13.91, there was finally some respite in the second half of the week, as we saw the market reverse from that point. It was long overdue, as the poor ZAR had lost all of 14% in value during Q2, making it one of the worst emerging market currencies...

...the Ramaphosa new dawn certainly was not transpiring into some Rand strength.

Despite this weakening, it appears that the South African Reserve Bank won’t be taking any sudden action to bolster the currency - a wise decision.

...remember, It never pays to fight the tide.

The snippet of good news we got on Wednesday was enough to provide the trigger for that pullback, as SA's inflation figures came out better than expected...

...unfortunately, in reality, most of those gains will be erased by the weak Rand & fuel prices.

Some of the other talking points from this week -

So...a heap of bad news economically in SA. Yet, take a look at the Rand over the remainder of the week: 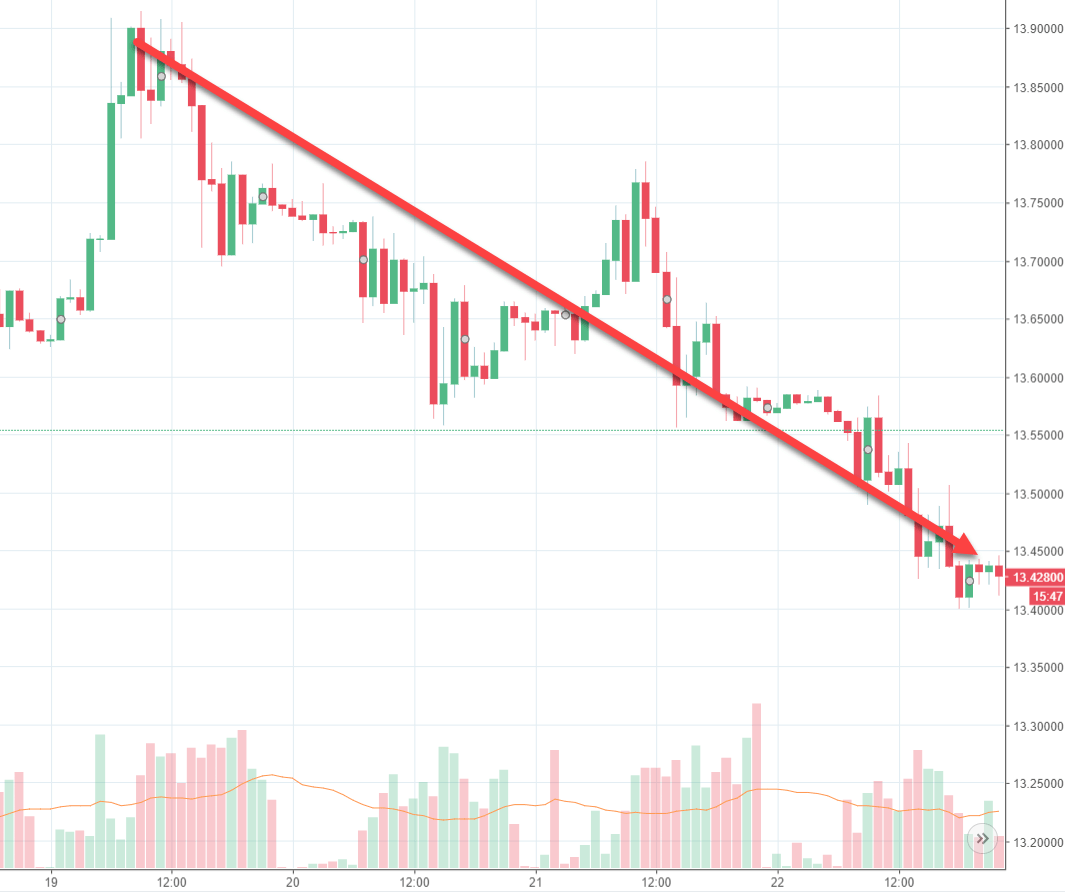 A welcome change of sentiment as the the Rand managed to regain all the ground lost to end the week at R13.43/$ ...


While the Rand ended the week on a high note, it must have celebrated its win too much over the weekend, because its performance from the word go this week has been rather abysmal, with the Dollar steadily pushing higher...

...it appears we are going to be in for another roller-coaster of a week.

And with global markets rather jittery - and trade wars likely to simmer on - we should not expecting the volatility to end any time soon.

Is this the new normal?

We will be keeping out eyes carefully on this market over the next few days, and suggest you do the same.