A rummy old week for the Rand as we saw the market tracking sideways for the most part, making for a very boring week when it came to market movement ... before we saw a shimmy at the end!

However, on the global stage, there was plenty of news and events to keep us interested.

From Trade War's, to Brexit's and much more.

And one can be assured that the Rand will not be in this holding pattern for much longer...

...so as we take a look at our week's review, maybe we can get some pointers for the week ahead.

As the week unfolded, there were some big headlines during the 5 days:

The market opened around R14.31, with a lot of anticipation in view of the 15th of January: D-Day for the Trade War.

Trump had touted this date as the time when it all comes together for the US, getting their "greatest ever" trade deal in place. In reality, it was only a small portion of the list of issues which needed to be resolved between the US & China. But analysts still put the deal as a victory for the US, even if it wasn't the full package...yet.

In anticipation, the US removed China from their list of "Currency Manipulators" and the Yuan pulled back some ground on this news.

And then, as promised, on Wednesday, we got our first look at Trump and the Chinese on stage announcing the signing.

This included a promise from China to purchase $200 billion worth of US goods: 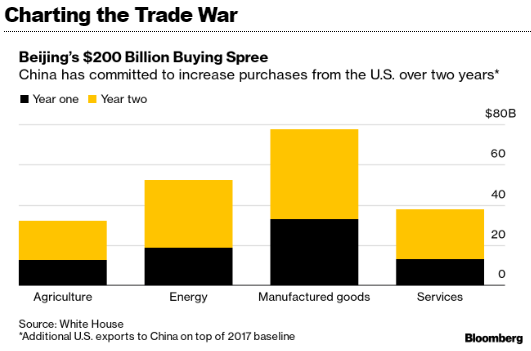 Economists had been waiting for this moment for 18 months of debates, and talking it up into being absolutely crucial to the Dollar and Rand...

…so guess what happened?

The ZAR had a minor blip stronger, but then that was that. The rest of the week it traded sideways until late on Friday. 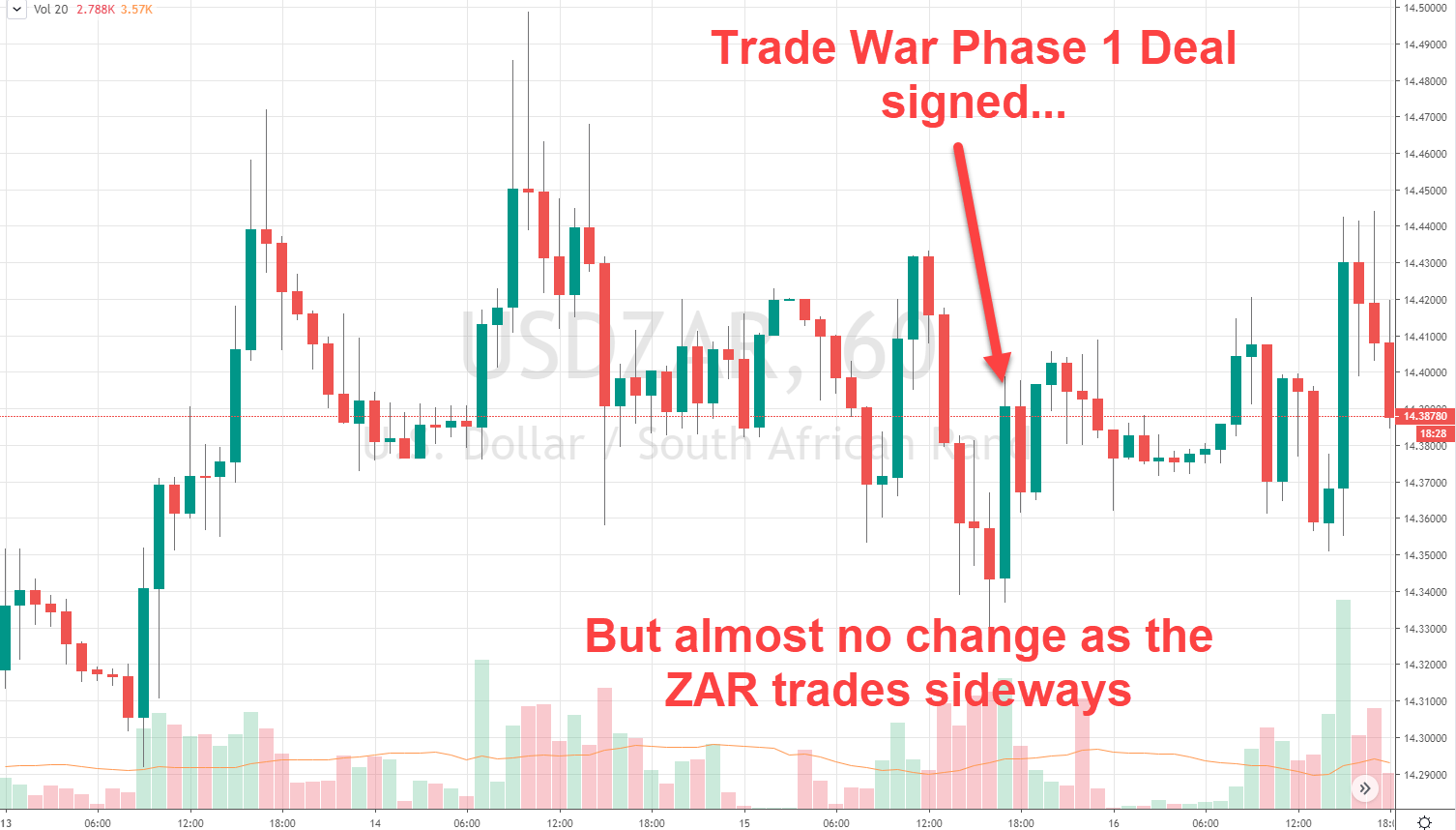 A classic case of "Buy the rumour, sell the fact"?

Or just another proof that we cannot look toward events to give us market direction?

Perhaps a bit of both.

Either way, the economists were left looking for answers, once again.

Meanwhile, in other mostly local news:

On Friday we saw the market open around 14.41 and after initial dropping to 14.35, it the turned around and edged higher during the afternoon to 14.50 before closing around 14.45.

So, a quiet week comes to an end - and although likely not to continue for much longer (the Rand is its own kind of beast!), the market has found some stability over these 5 days.

As we head into the third week of the month, what is in store for us?

Not much on the local front, apart from SAA/Eskom situation and #Junkstatus debates.

Not a whole lot happening with economic data releases on the global front either, with ECB interest rate decision likely to be the one to watch.

But, of course, there is the countdown to Brexit, the implications of the US-China deal, and the Impeachment process in the Senate:

As usual, we will be seeing what the Elliott Wave patterns are telling us, not the news. From a technical perspective, the market has been close to testing key levels and it will be interesting to see how the next few days play out.

To get a look at what we are speaking about, use the link below to get 14 days free access to our latest forecasts - update bi-weekly.