A rosy November suddenly seems a long time away a battling Rand...

The plague of Eskom, Land Expropriation and political disunity continued to hurt the local currency...

...not to mention the Trade War resolution seemingly capitulating...!

On the other side of the scale, the was some positive news on manufacturing and more.

But this was not enough, as the Rand spiraled in the latter half of the week!

Thursday at one stage had a 3% loss for the ZAR against the EUR & GBP (before a mini ZAR recovery) - pretty scary...

But there was more to the week than just this - and more importantly - where we were in terms of our longer time-frame target & invalidation levels.

Let's take a dive deeper to understand where we sit currently...

To start with, here are some of the biggest headlines of the week:

The week began on a strong note for the Rand.

It had just been the best November in 15 years in terms of Rand strength, and the momentum was building for this trend to continue.

The Trade War had finally stabilized with Trump seemingly have agreed with President Xi for a 'cease-fire' on tariffs...much needed news for emerging markets.

But then - the week actually got underway, and it did not go so smoothly.

This was very poor news for the economy.

To make matters worse, on Wednesday, the CRC's report which recommends the amendment of Section 25 of the Constitution was adopted by the National Assembly. Following that, the NCOP (National Council of Provinces) adopted the report as well.

The uncertainty of Land Reform is extremely detrimental to the economy and stability of the Rand.

This was shown by the first half of the weeks' movements: 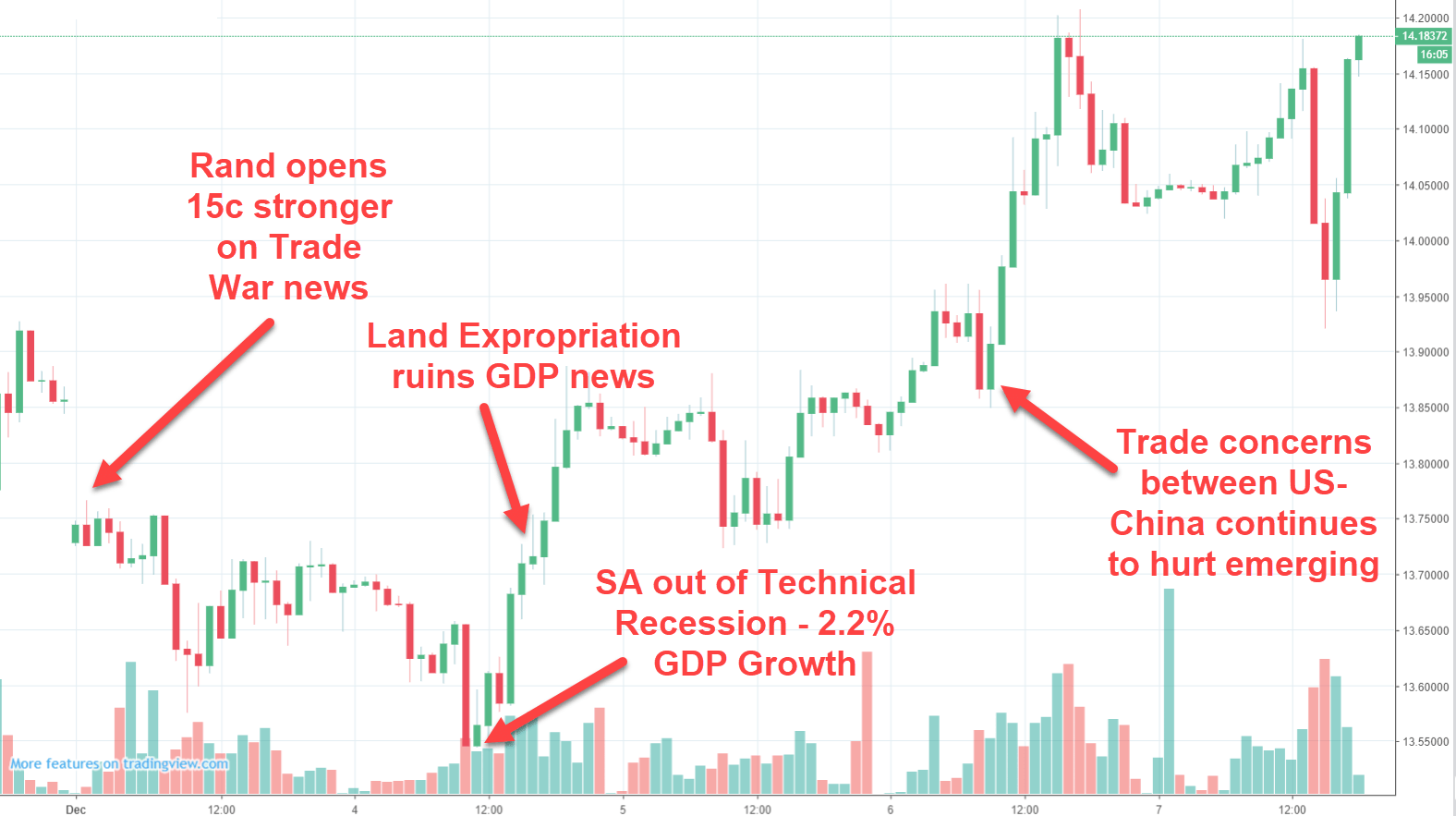 But then on Wednesday, we had SA Current Account & GDP releases, and the Rand simply turned on its heels and ran for the door....confusing journalists and economists alike.

And here is why - the news was positive for the economy and Rand! 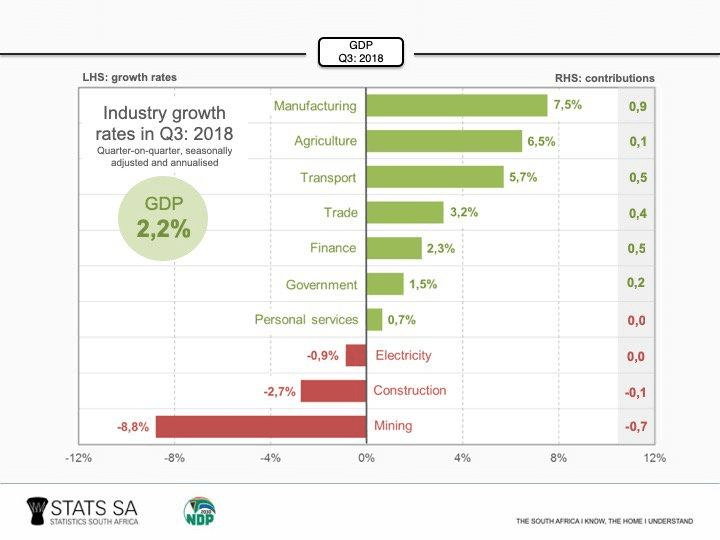 This meant SA was out of technical recession - massively important to investor confidence in the economy...

However, the market's seemed to see the dark side of the news (proving once again, that you cannot trust news to give market direction!)

The Rand lost significant ground on Thursday, and at one stage was staring down the barrel at 3% loss during the day's trading...

There were some other big headlines to the week:

Friday provided another choppy day of market movement, where we saw the market initially top out at around R14.18, drop down to R13.92, and then back up to R14.19!

Overall, a pretty rough week for the Rand, with many hoping that there would be some more stability heading towards shutdown...

However, there are a lot of variables as we go into this week...

The ongoing interesting situations globally are all triggers for moves:

Then we get into the economic events!

The ECB is making a call on their interest and deposit rates, and there are some speeches and stats due to come out from the US side of the pond.

Locally, the biggest event is SA's inflation rate figures. This has been on the rise the last few months, and is of grave concern to SARB. Many will be watching this closely...

So lots of diverse news and events to look at...

But, we will say it again:

The fact is, these will never be direction givers -

because the markets do not work that way!

This is what the Elliott Wave Principle (our forecasting methodology) provides, which we use together with a combination of price-ratio analysis, momentum and time-cycle studies to give clients the most likely outcome for the next few days, weeks, months and years ahead - based on past similar price patterns.

To see what we see as the most probable outcome over 4 timeframes, why not give our Rand forecasting service a 14 day test-drive.

Gratis. No obligations. No card needed.

Alex Paynter
« Previous Post 15 Year Record November for the Rand Next Post » Rand on the back foot as 2018 draws to a close...