Another interesting week goes by, as we saw the varying fortunes of the Rand playing out...

It was a mix of global and local news and events - and no shortage of it at all.

On the whole, we saw the Rand continue its turn to the weakening trend, pushing up toward R17.50 as the news centered around Covid-19 yet again.

The lockdowns across the world were slowly reversing...but was it too late? And what about a second wave? What would happen then?

As we ended the week, we seemed to have more questions than answers.

But let's get into the full review, and see what our forecasts think of the coming weeks...

So as we review the week, here were the biggest talking points from the 5 days:

The week was really dominated from beginning to end with worries around a second wave of Covid-19, and how governments would respond.

As has been the case all the way through, China is the frontrunner, and generally what happens in China eventually filters through a few months later to other countries.

Well, governments are hoping that this time will be different.

Bejing has had a sudden appearance of another 180 cases this last week seemingly out of nowhere, after more than 60 days of no cases being reported...

...and it has sent Bejing right back to where it was a few months back: lockdown.

For now it was a 'soft lockdown', but the effects will be devastating none the less.

This sort of news sends shivers through countries like Europe and the US, or even SA who is still in the midst of the pandemic, even as restrictions loosen.

The fact remains that economies cannot be shut down again, particularly one like South Africa's.

Ramaphosa admitted as much in his speech moving to a more advanced Stage 3 of lockdown. His sudden reversal on restrictions was viewed as an admission of guilt by most.

Lockdown has not worked for anything other than economic ruin.

The lockdown has only delayed the peak of the spike by a couple of weeks. The president conceded as much, saying infections are growing exponentially. Wrote Johan Steenhuisen of the DA…

So how will countries react to a second wave...? One would trust, not with the same tactics that failed to stop the first one.

While this carried on, the Rand steadily weakened... 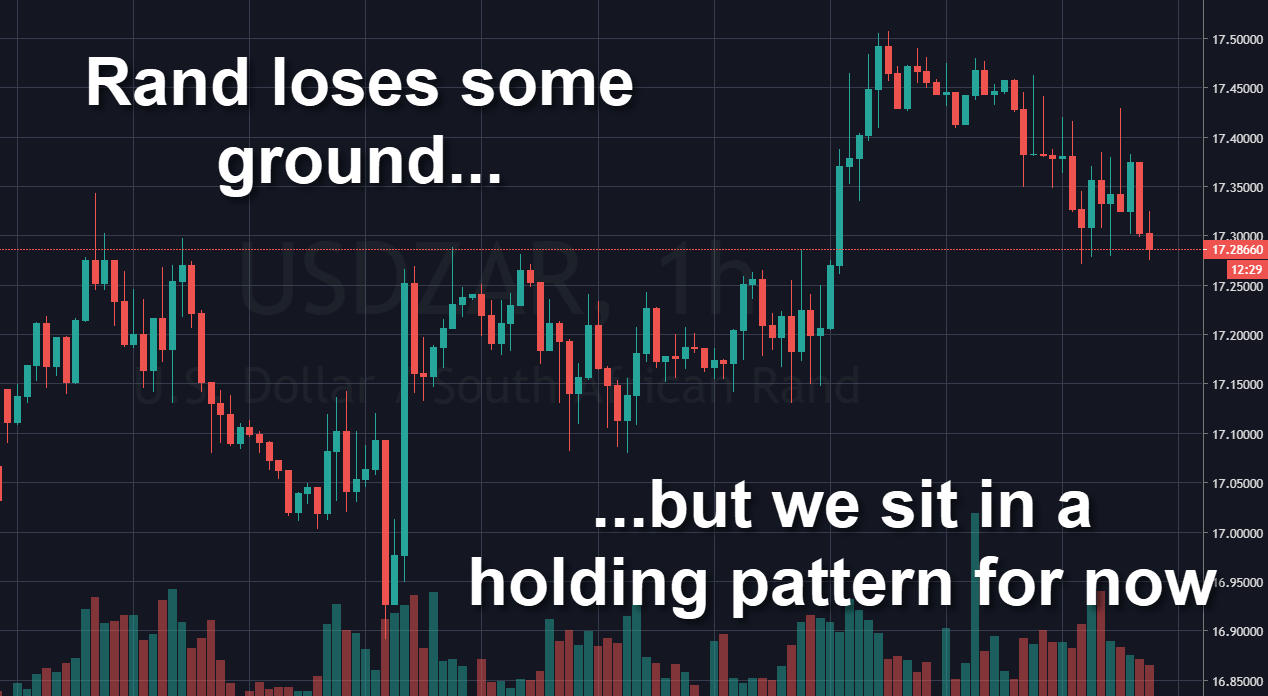 As the we came to the close of the week, the Rand ended on a strong note, strengthening almost 1% during late trade after South African hours, touching below R17.30.

It had been an interesting week, as we see the Rand now in a slight holding pattern, awaiting the next trigger to see the underlying sentiment come out into the open.

As we look to the week ahead, we see a slew of events to keep our eyes on:

The supplementary budget is going to be a big one to watch, as we wait on some form of guidance as to how Tito Mboweni sees the remainder of the year playing out. All the best laid plans having been dashed, but will it force his hand to proposing some radical changes?

However as we saw this last week, when Ramaphosa announced the moving to level 3 lockdown and allowing much more business activity, the Rand barely moved.

So don't be surprised if the market moves counter to logic once again this week.

Logic unfortunately doesn't cut it when it comes to financial markets because it is affected by emotions… and we all know that emotions are your worst enemy.

So we will be watching these events for triggers, but where does that leave the Rand?

We are expecting more volatility here too, and will be watching some key levels over the next week or so to confirm or invalidate our preferred Elliott Wave count.

We will be sticking closely to that count and our Elliott Wave Principled based forecasting system, as we look toward a breakout from the Rand's holding pattern.

Alex Paynter
« Previous Post Fed triggers Rand collapse....were you caught out? Next Post » Rand holds ground despite budget...where to next?