I guess a tough week for the Rand was always going to coming after a week of strength, where the local currency fought gamely to turn the tide back in its favour.

And after a good start, when the Rand seemed to be gaining the upper hand, and pushing to test key support levels...it just simply ran out of steam...

...and paid the price for doing so, losing all the hard-earned gains from the previous week.

The battle seems set to continue too, with some key levels needing to be broken to confirm or invalidate the possible wave counts.

The market sure is continuing to keep everyone on their toes...

For now, let's review this past week as a starting point.

It was a week of more volatility and events, as the rollercoaster just continued!

Here are a few of the noteworthy ones:

Well, a week of mixed emotions which is difficult to review.

Just when it appeared that the Rand was getting back onto the front foot, the tables turned again. The first half of the week had been successful, as the market rallied on US Fed Chair's comments that the US Economy is 'not looking to over-heat anytime soon'. Investors deciphered this as the Fed not looking to raise interest rates as rapidly as previously thought.

Along with that, The People’s Bank of China added to their Quantitative Easing program (printing money) to help with continued economic growth. This could see their commodity shopping list grow which would help the ZAR, with China being SA’s biggest commodity buyer.

All this good news gave the Rand a fine start: 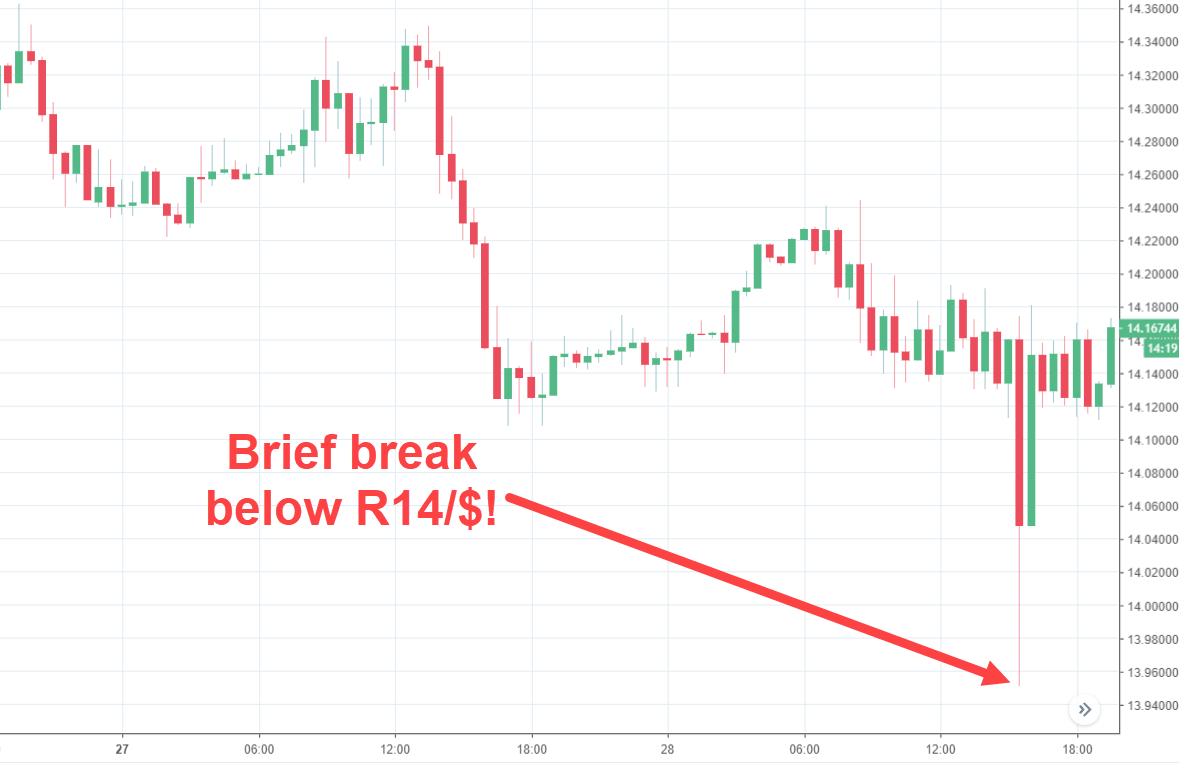 Good news for the US arrived on Tuesday, as a new bi-lateral trade agreement was signed with Mexico, bring some stability to the trade disagreements which seem to be raging globally.

While this gave some needed stability to the Trade War and those affected by it and was certainly Dollar positive news...

...yet, in the next 24 hours or so following the announcement, the Rand managed to briefly strengthen down to sub R14/$ levels.

Of interest, the other way such an event can be looked at is that this stability was actually great for the Rand, as it had been hurt by so much global tension and trade uncertainties.

It just shows how we cannot look to the news to give us market direction - everyone has a different take.

But the Rand could not hold on to the gains it had made...

...and from there, things began to go a little pear-shaped.

Late on Tuesday, SA's land expropriation bill from 2016 was withdrawn by parliament. While this was touted by mainstream media as a positive sign, it is anything but...as the thrust of this outdated bill (allowing the state to buy land at the value determined by a Government adjudicator) has been overtaken by a proposal by the ANC to change the constitution to allow for expropriation of land without compensation.

Along with that, Theresa May gave her support to SA expropriating land, provided it was fair and transparent ....'fair' and 'transparent' are terms which a not very synonymous with the ANC's policies and actions...

Despite all this 'Rand-positive' news, the Rand simply fell out of bed - before you could blink, it was trading at over R14.80 on Thursday evening - a more than 80c swing from a day or two before...!

Theresa may have been hoodwinked, but the markets certainly weren't being sucked in..

There were many more big events too which took the headlines:

Thankfully, Friday brought a little more stability to the markets, even though no real gains were shown.

But the Rand had capitulated on Wednesday and Thursday, and now sat trading still well north of R14.50/$... 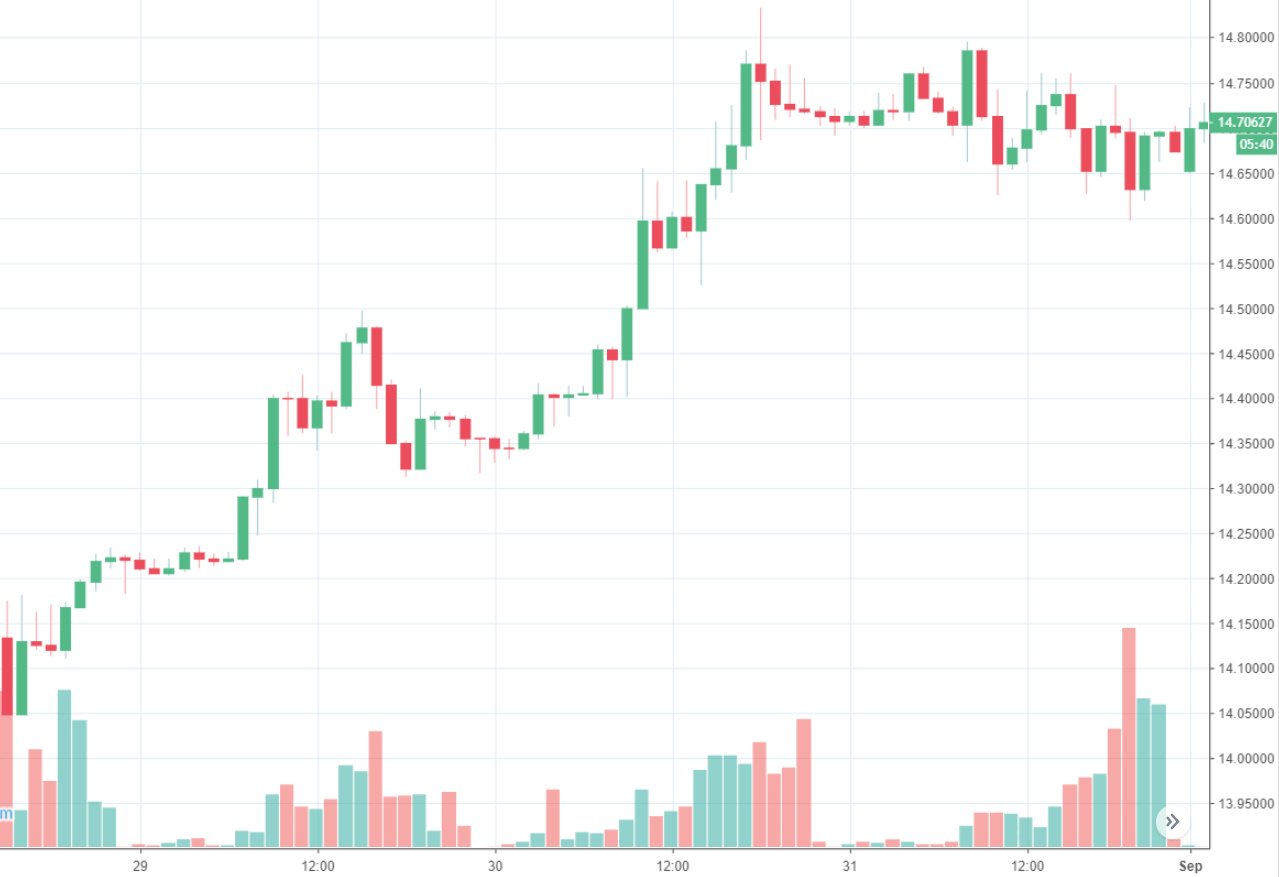 Well, can you believe it - here we are at September already...

With it being officially Spring time for South Africa, the Rand certainly needs to get some much-need spring back into its step...

...but clearly its been a lethargic winter, and the local currency is still suffering from its battering last week, losing further ground today.

The next couple of days will be crucial to direction, and based on our analysis, many could be in for some surprises (is this maybe the new normal?)

Join us as we try and unravel the current market patterns for the next few days, weeks and months ahead.