All eyes globally were on the US - but locally, all eyes were too on the Rand!

We are well and truly into the end of year helter-skelter in global markets, and this was made even more so by the US election, as we saw volatility aplenty.

But what a turn of fortune for the Rand, as we saw a break to levels not seen since the pandemic began!

March was when everything really went pear-shaped - we were now breaking back to the best level seen since early March, as the USDZAR hit R15.69 late on Thursday, and further yet on Friday.

It was a week of tumult, as the election results remained up in the air...

...with mountains of legal challenges coming from the Trump campaign amidst accusations of widespread voter fraud across multiple critical US states.

This show is not over, folks…so standby!

But first, let's get into the full review...

There were a number of big talking points over the week, but none really bigger than the US election - so that is where we will keep our focus.

There is so much to cover:

And where else to start but with the polls…

Almost every news agency and polling station had Biden at a huge lead - talks of a "blue democratic wave" sweeping across the country, both for the Presidency and different positions in Congress.

But this was seen at all in the early vote counts on Tuesday, as Trump kept pace with Biden across most states, running a close race.

So the pollsters were wrong, as 2016 failures seemed to be happening all over again.

What is it about these polls? Ever since Brexit, it appears that no major polling station has been able to get it right!

Whatever the case, a massive Democratic underperformance has meant that they have not achieved the wins they had hoped for - with power to make some of the massive socialist changes they wanted, largely out of their hands.

And then, despite Trump and Biden both indicating they had won during the course of Wednesday, this race was far from over.

So it dragged over into Wednesday...

With no clear end in view.

Election results were coming out at a snail's pace, and uncertainty and concern abounded.

By Thursday most media stations were showing Biden had 264 electoral votes and Trump at 214 (while others claimed Trump was not out of the running in Arizona). Without Arizona, Trump would need to "sweep the table" and take Nevada, Alaska, North Carolina, Georgia and Pennsylvania. He held leads in 4 of these 5 states, but the differences were razor-thin, with the whole race on a knife-edge.

For Biden, he would just need one of these states to secure his win.

However, it was not that simple, as legal cases began to come in thick and fast from the Trump campaign, with different allegations:

The challenges mounted up across the country as the Trump campaign went into full attack mode.

It will be a question of whether the proof is there for the allegations, but a few sources we have independently looked through, certainly suggest there is merit for these claims.

So don't expect this to be over today…or maybe not even this week.

Who really knows...but things are just getting started.

What would an event in 2020 be without a whole lot of uncertainty around it?

But now to look at the markets, as we saw varying fortunes playing out over the days following the election.

The Rand turned on its head over the next few days as we saw massive swings in value: 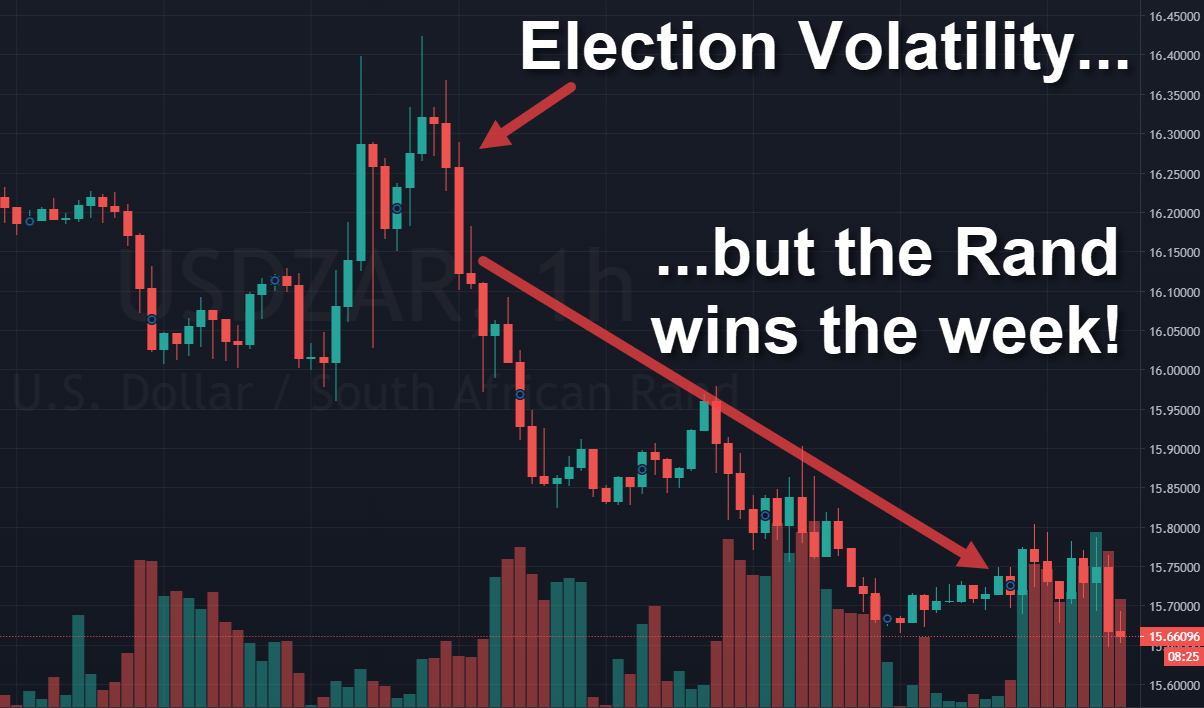 This was as the Dollar suffered, with the Dollar Index against a basket of currencies crashing lower toward 92 once again: 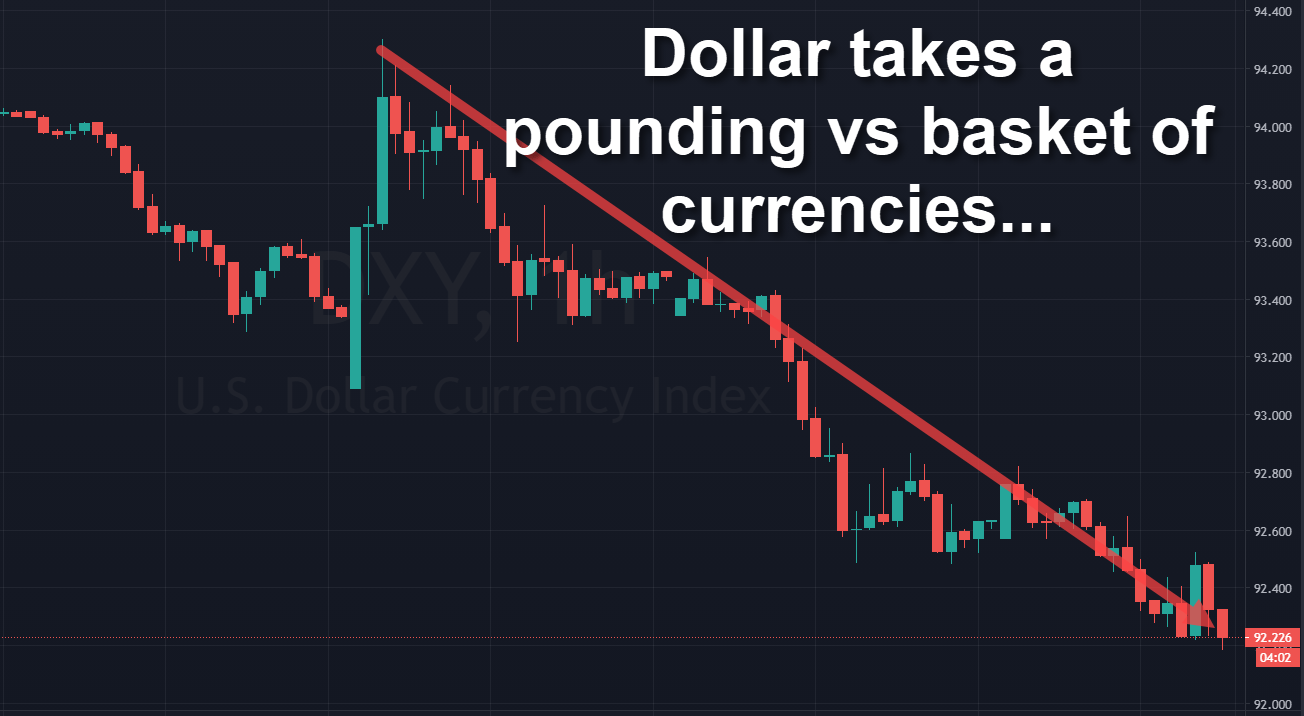 The election was the main focus, but also not the only news of the week as we saw some other important headlines:

And as we drifted into Friday, the election map started to come clearer...

As for the Rand, it continued on it's merry way to break below R15.60s on the last day of the week, after closing at 5PM SA time at R15.74 to the greenback.

What a week it had been...and what more can we expect next week is the question!

This week ahead will give us a chance to breathe following the frantic last few days, but likely election disputes will continue. Here are some of the events ahead of us:

Don't expect these to be the only talking points, because as we look to the days ahead, you can hardly look further than the US election.

What will come of the court cases?

Will the recounts change the playing field?

Nobody quite knows, just yet...so we will watch and see.

Alex Paynter
« Previous Post Markets Wait With All Eyes On The Election... Next Post » Rand shaky in volatility despite Vaccine hopes