Another week of intriguing market activity, but it was largely sideways when it came to the Rand vs Dollar, Euro and Pound.

Perhaps some respite was welcome for most after the frantic last few months...

Despite the lack of clear market movement, the Rand held its ground around the best levels since the March collapse.

And there was news aplenty, with a mix of local and global events.

So let's get into the full review - and then take a peak at the future too.

So when the Rand opened around R15.45, all eyes were watching to see if this was going to be another week of Rand strength, or if the move would run out of puff.

But right from the outset, the Rand pushed stronger, testing R15.27 late on Monday evening's trade.

This was after the next big news - Moderna announced that they were about to apply for FDA approval, after also conducting tests on their vaccine with a more than 94% success rate in early analysis.

The Dow Jones Index a new high just short of 30,000 points as many saw this as the answer to months of lockdowns.

But was it that simple?

Well, current case counts wouldn't indicate that as the US cases continue to climb exponentially, with November 13th seeing a record of more than 180,000 cases reported in the US in a single day. This was prompting states like New York to close all schools again.

Could global economies endure another shutdown?

Economies like China's are only just recovering with consumer spending starting to pick up once again.

Around the world, the story is the same with the UK in their second lockdown. Japan also saw another outbreak increasing, particularly in Tokyo. Other countries battled the same problems.

Getting back to the US, many have not recovered from the first lockdown - as Mitch McMonnell the Senate majority leader agreed to restart talks for more stimulus.

This was more big news for the stock markets and US Dollar, as stimulus being approved now is much more likely than before the election, where it was just a game of politics for both sides.

While stimulating the economy and helping those in need is critical, the fact of the matter is that any new stimulus package is just creating a bigger debt problem down the road - something the US cannot afford...

But it is critical too that the US economy needs to get back to normality, as it has such an effect globally.

And then of course, we have the US election drama that continues to unfold, with the mainstream press having called the race for Biden, and both candidates claiming they have won.

The fact is, the election outcome continues to remain unclear amidst recounts, audits, irregularities, anomalies and claims of widespread fraud in the 6 battleground states - and multiple legal challenges (and more likely coming) that could well end up in the US Supreme Court.

Until all these are resolved, and the Electoral College votes, there will be no president-elect.

So we will have to wait and watch to see what happens on the US side of the pond...!

Expect some interesting weeks ahead - which will keep the markets edgy and volatile.

As for the Rand though, it never did break stronger than it's Monday levels, as we slowly tracked weaker again: 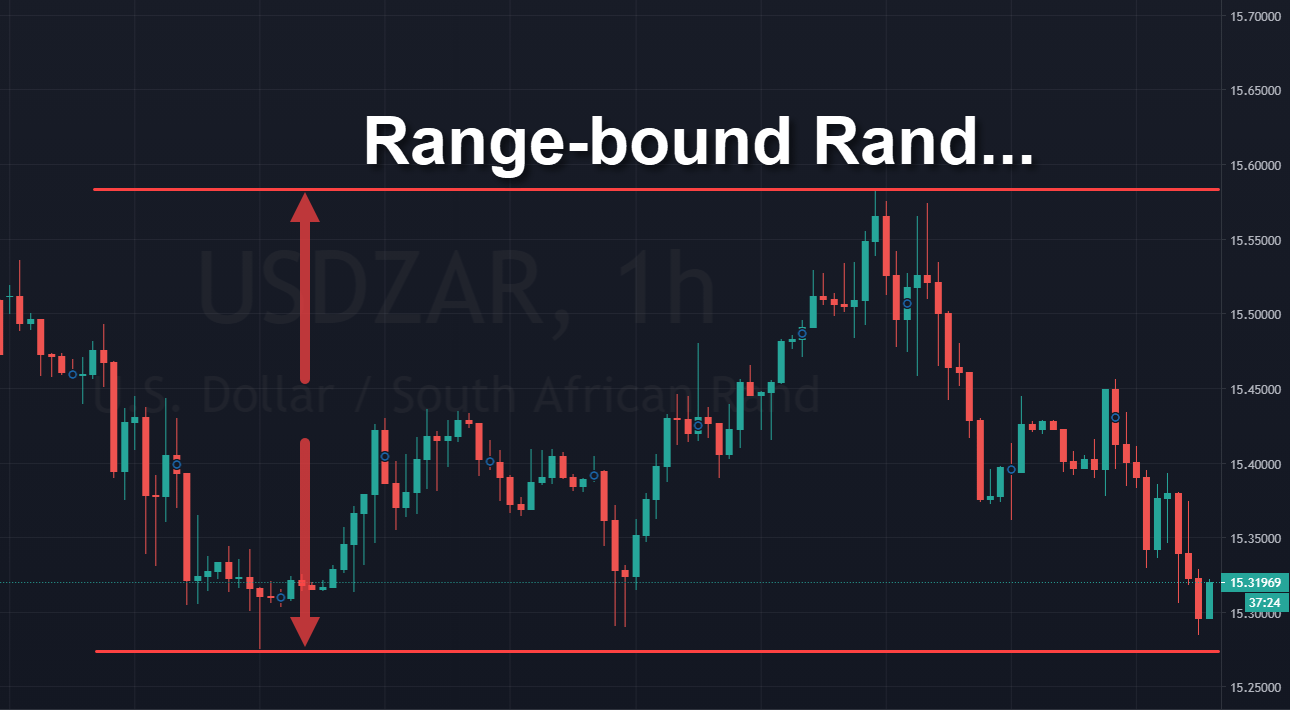 Back to the US, most news stations extended Joe Biden electoral college lead, with only Georgia and North Carolina remaining to be called..

Georgia is undergoing a recount, while it appears NC will fall into Trump's hands.

But as mentioned, the show is far from over, with mounting disputes and legal challenges to election results in Michigan, Pennsylvania, Arizona and possibly Nevada and Wisconsin.

So don't hold your breath.

Expect this to end up in the US Supreme Court before a US President is elected (remember George W Bush and Al Gore in 2000)...

An interesting few weeks lie ahead.

Well, this week Bitcoin proved them wrong with a move back over $18,000, even nearing $19,000 on Friday. We also have been calling this move to these levels, as we actually called the market's bottom back in March 2019… did you know that we forecasted Bitcoin? You can get access to our predictions over here. Below is an example of the forecasts we release, this one being the March 2019 one mentioned above (click to enlarge): 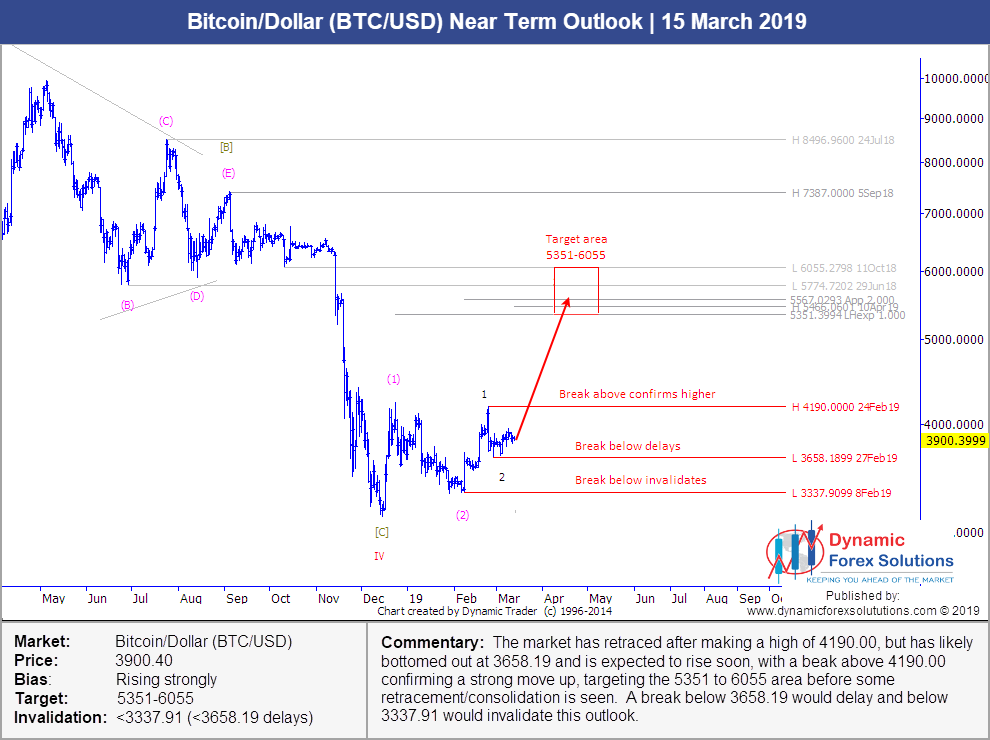 Getting back to the Rand, Thursday and Friday saw the Rand remaining rangebound, but still testing the bottom (strong) side of that Range around R15.30/$ and beneath before weakening in late trade.

It had been quite a week!

As we head into the new week, there are some potential economic releases which could provide triggers, with the below being some of the main ones

But all eyes will likely remain on potential lockdowns globally.

And then, of course, the US election results. As mentioned above, the show is far from over here, and an intriguing few weeks lie ahead before a victor is announced.

As for the Rand, expect plenty volatility once again. We will keep looking at our Elliott Wave based forecasting system to give us some clues, with two key levels that we will be watching to confirm our larger degree trends.