The Rand collapse continued this last week to the dismay of all South Africans alike...

...and for many, they did not see this coming - and got caught badly!

I do trust that you weren't one of the many - as there was no need to be...

Because our analysis & forecast was calling this move days ahead of time!

The continued Rand strength over the last few months had meant complacency had set into the market - and that meant that it was a bloodbath waiting to happen.

And so it was!

And to make matters worse for those caught out, the sharp weakness was triggered by Rand-POSITIVE news, instead of Rand-NEGATIVE news...

Let's get into the review where you can see how you could have benefited from this information at the right time...

...AND have been able to take action on it before it was too late.

The week began with our forecast on Friday the 29th of July - before all the action of the week had even begun...

The outlook for the USDZAR released to our subscribers gave the pattern before the week began, with the Rand trading at R14.28 to the Dollar, the trend was further upward to 14.40-14.65 before hitting resistance levels and topping out.

It was going to be another intriguing week...

And it sure was, with some big events during the 5 days:

And when it came to events, where else to start but with the major talking point for the week - the US economy.

All signs pointed toward the US cutting interest rates on Wednesday, which they did - in fact, there was a pressure for there being more than just a 0.25% cut, as Trump's view was that it was not enough!

This is the first time that the US has cut interest rates in over 10 years...quite a staggering statistic.

To put this in perspective - the last time the US cut interest rates, Bitcoin did not even exist!

But most importantly, how did the Rand react to this?

Logically, it should have resulted in Rand strength:

Conventional wisdom says that when US interest rates drop, this makes the US Dollar less attractive versus other currencies like the Rand, which would now be giving a better return, and therefore be more attractive.

Therefore the Dollar should obviously weaken and the Rand strengthen... 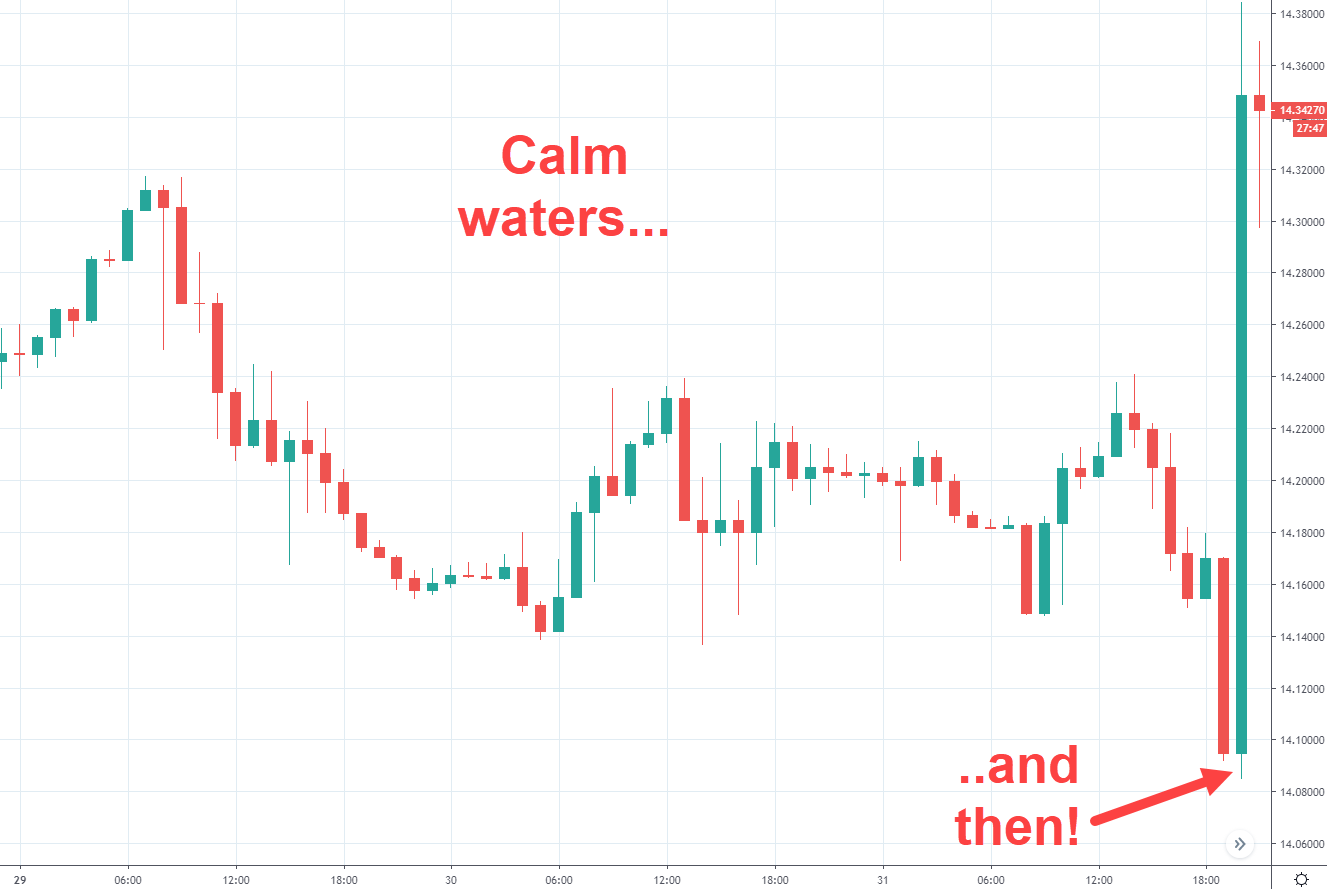 ...another move to baffle economists and debunk rational thinking!

And when the rate cut was already expected, who would have thought such a volatile move would be expected - let alone in the wrong direction!

But all that matter really to us was that the market moved smartly towards the target area forecasted on Friday prior....

And just a few hours later on Thursday, we saw the market break above R14.40, exactly as we had predicted...

There were many other talking points for the week.

Here are some of them:

On the back of all this news, the Rand had a torrid time in the latter half of the week, pushing ever higher to touch its worst level of R14.76 by the close of the week...

...more than 50c from where we began, as US Non-Farm Payrolls came in about as expected at 164k instead of 165k - with little to no effect on the Rand. 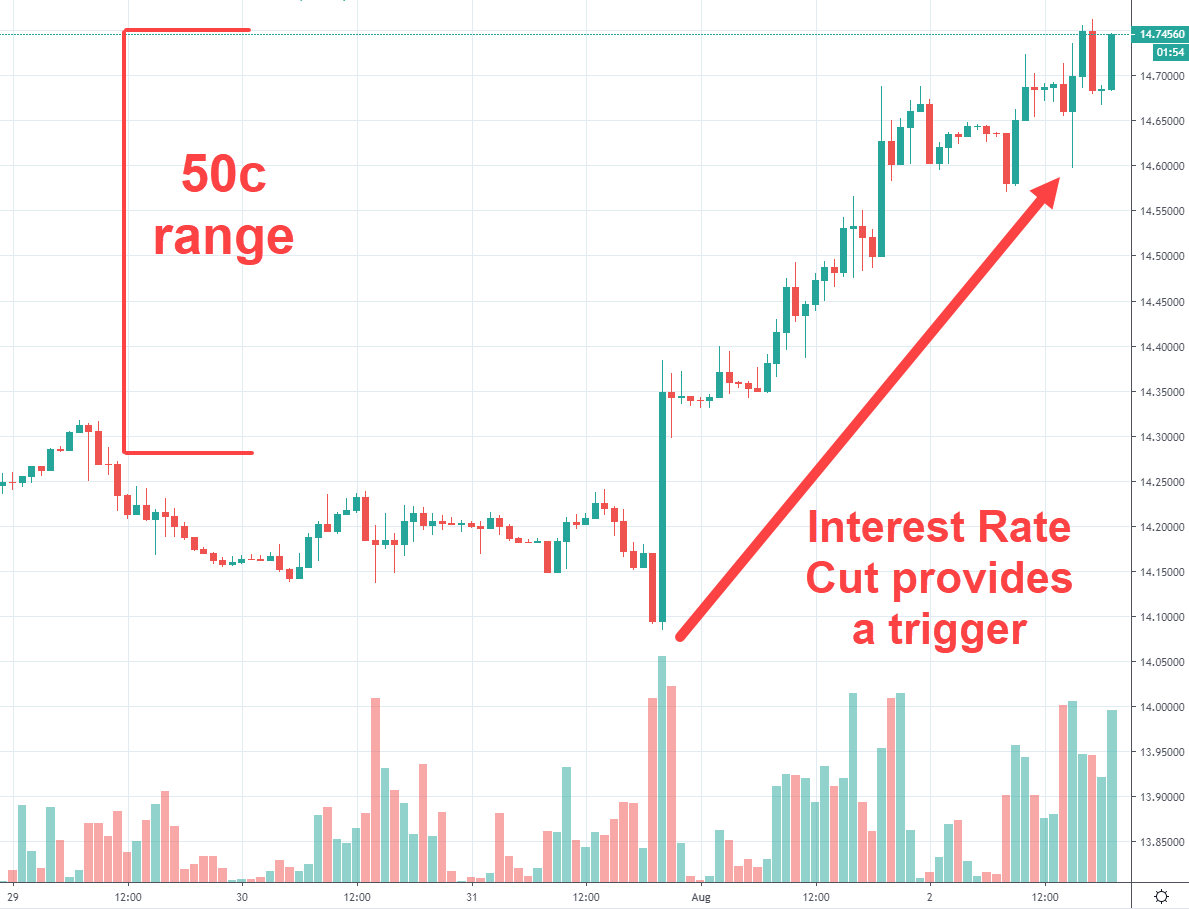 As we head into a new week, there is not much in the way of economic data releases, but the Rand is nevertheless expected to be just as volatile as it has been the last couple of weeks...

We have lost further ground today, and the volatility has continued.

And I therefore must pose this question to you:

What could you have done with the above forecast being on your desk on Monday morning, to prepare yourself for the 50c crash we saw over the 5 days?

Could it have made a difference for you and/or your company?

If it could have, then simply hit the link below to get access to your Free Trial of our service.