The Rand has had to weather a global storm over the last few weeks perhaps only rivaled in recent times by the 2008 financial crisis...

We live in interesting times, and the financial world is clearly sitting on one giant powder keg.

And that uncertainty is starting to show cracks in many major currencies, including the Rand.

This week was one where trade was volatile and indecisive, trading sideways but with 1-2% swings in value each day...

But there was plenty more during the week to consider - let's get into the full review.

The key events were aplenty, as the week was filled with big events:

The Rand opened well clear of the R15/$ mark with all momentum fighting against it having lost 3.1% in the week before...

...it really had been a crazy 2 weeks for the ZAR, and it did not look like it was going to end anytime soon, as the week opened straight into the news of recession warnings across the globe.

To name a few, here are some of the big warning signs:

And that was just scratching the surface...!

Couple this with the Trade War, and it really does make rather a messy outlook.

Trump is sticking to his guns on the latest tariffs, although they have now been delayed through until December - giving consumers some temporary relief for the holiday season.

However, this was not enough for China, as they said that "China has no choice but to take necessary measures to retaliate." It remains to be seen what will happen next, but this one is far from over ... and the global uncertainty too.

For the first part of the week, the Rand continued its highly volatile ways, trading in violent, short bursts: 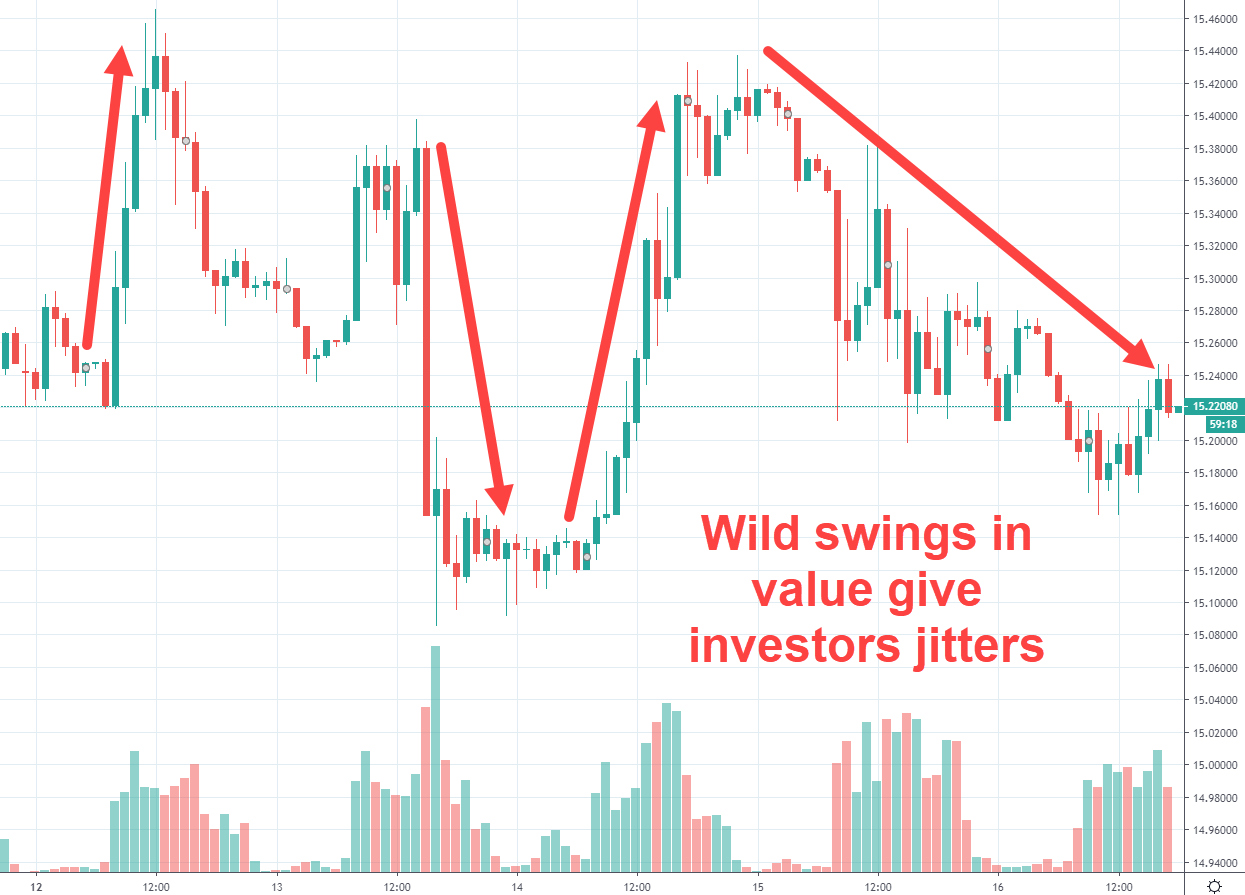 To give an idea of how volatile it has been, by Thursday the previous 7 days had had a daily ATR (Average True Range) of 2606 pips - that's over 26c per day!

There were plenty of other headliners, such as:

The Rand enjoyed a quieter Thursday & Friday as it traded sideways for the most part, and closed the week out around the R15.30 mark...

...however, in urgent need of a boost with increased petrol and consumer prices incoming should the weakening trend continue. And that was the wrap!

So as we come off a a week with the highest rates seen in over 3 years, where to from here?

The week ahead does have a few economic data events that could provide some triggers for Rand movements, among them being:

But the big movers in terms of news triggers will likely come from the unfolding Trade War and the Hong Kong crisis on the global front, as well as anything on Eskom and Moody's locally.

And of course, that doesn't mean that the markets need any news at all to move!

We are certainly at a juncture where a sense of anxiety, panic and despair has set in...

And why is that?

Well, in terms of Elliott Wave Principle (the study of human behaviour in financial markets), this normally happens at points of price extremes...

...which means we are very likely close to a short term top at the very least, if not a larger degree.

As we mentioned last week, we have a couple of possible Elliott waves counts playing out at present, and the next few weeks will be critical to determine whether the preferred or alternate counts play out, as there are some critical inflection points to watch.

We have updated our waves counts based on last week's move, and the next few weeks will be critical to determine whether the preferred or alternate counts play out.