Another radical week for the Rand against the Dollar as it defied expectations, bucked the trend and much more, leaving many void of words to explain how it was all playing out.

It was to races for the ZAR, as it broke well into it's best run this whole year, moving toward levels last seen in October last year.

All this amidsts global turmoil...

...and a strengthening Dollar!

This 'unhinging' from the Dollar as a whole (the Dollar Index has in fact been strengthening the last few weeks), is a very rare occurrence that we do not often see from emerging markets.

Most of the time, they are dictated by the big players...

Let's get into the full review to get some perspective!

Here were the biggest talking points of the week:

So to start with the local unit, we saw the market open around R14.95, just below the phycological level of R15/$...

The week was a shorter one, with the public holiday making a quiet start to the 5 days of trade.

But there were no holidays in Ukraine though, as the war raged on, with Russia focusing their attentions on Mariupol, the coastal area of Ukraine (stronghold of the neo-Nazi Azos battalion).

We have now hit the one month mark since Russia began their 'special military operation', and while Putin's spokesperson has maintained it is going according to plan, it would seem from reports that the going was slow.

The uncertainty of the whole situation remains - especially amidst all the ongoing propaganda and claims from all quarters.

On Friday, Biden told Polish president that the stakes of Ukraine go well beyond its borders...

...and Edrogan, Turkish President, said that Ukraine and Russia are nearing "consensus" on 4 of the 6 key issues to ending the war.

And then came news from Russian Defense Ministry saying that the first phase of its operation was mostly complete and it would now focus on the eastern Donbass region, a pro-Russia separatist region.

Frankly, it remains difficult to believe anything that is reported - and we know by now to not put too much store on supposed ceasefire, agreements etc, until they are actually in place and effective.

But as for the local unit, it just brushed all of it aside and just pushed on stronger: 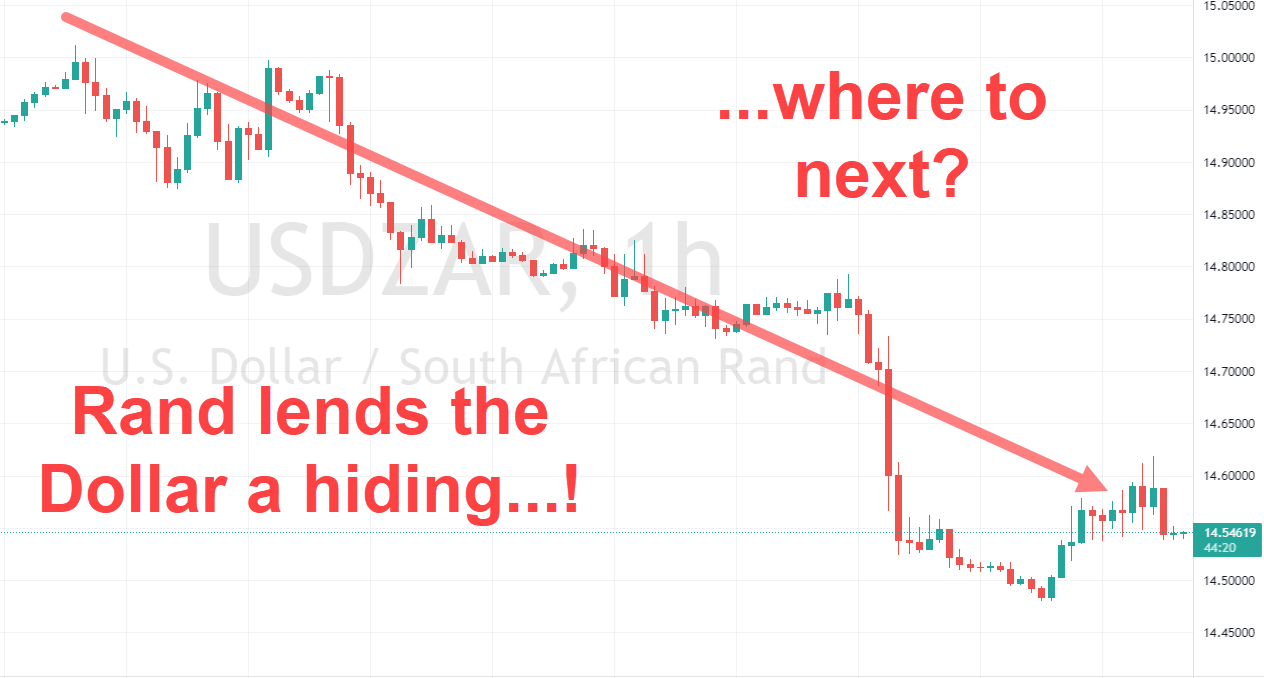 This was not all foreign focus though, as plenty action transpired at home too.

And then with a more global outlook:

But getting back to the local unit, Friday's action saw it continue to press stronger against the Dollar, testing those R14.50 levels, capping off a stellar week.

It is crazy to think of the local unit performing like this when volatile markets are normally it's worst enemy, but somehow it seems to be managing the uncertainty, and in fact thriving in it...

...so we head into another week with baited breath...will this trend last?

As we are about to complete Q1 of 2022, who would have thought this is where we would be when the year began!

While these may continue to play second fiddle to geopolitical tensions, there are some triggers in the days ahead with events worth watching:

Once again, Russia/Ukraine conflict and global implications will continue to be in the headlines, as the markets wait to see where all this is heading.

As for the Rand, it has continued its good run, but how much longer can this continue?

The next few days are again likely to be interesting...