Another week passes, as the Rand gains momentum!

It was a week which again proved the inaccuracy of looking to events for market direction, as economists were left dumbfounded by the Rand's 'strange' moves...

...when in fact, they were almost exactly as per Elliott Wave Forecasts.

This was despite what should have been momentum against the Rand - who would have thought...?

It is worth seeing what insight we can gain from understanding how human sentiment drags us in the wrong direction EVERY time we involved with financial markets.

Let's take a look at the finer details.

On Friday, 12 October, we issued our Short Term Forecast for the next few days ahead. The USDZAR market sat at 14.5227 to the Dollar, and our most likely trend being a downward one, targeting 14.23-13.97.

During the course of the week, there were plenty of noteworthy events:

News which began the week was Moody's...

This was taken in a positive light, as it signaled that the agency was satisfied with the current rating, with a stable outlook. On the whole though, we were still being left in the dark, but this time around, the uncertainty seemed to help the ZAR.

...and that was before Tuesday, when Moody's released a "research report" on South Africa.

This report detailed some positives and negatives:

Again, the Rand took this news well, despite a fair share of good versus bad news... 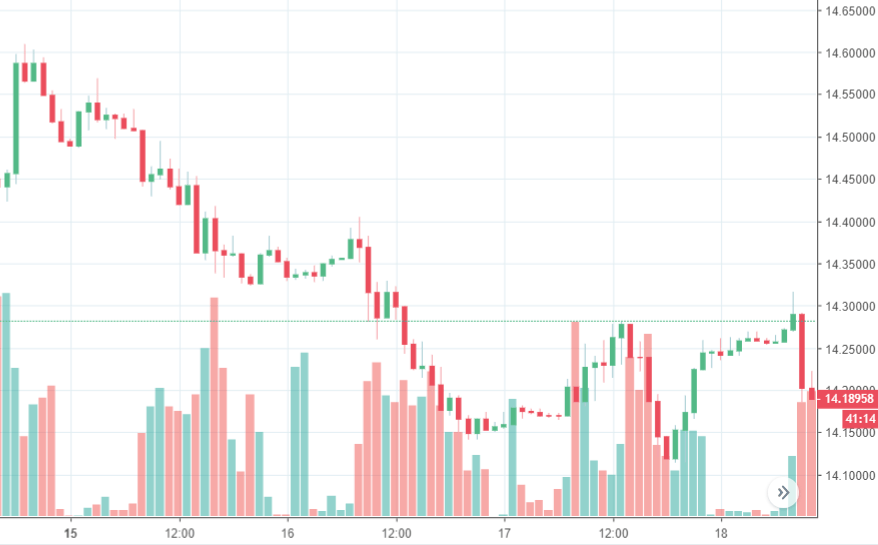 Further strengthening saw R14.20/$ broken through, with excellent momentum building off of the previous week's turnaround.

Stock markets also enjoyed a good week, following earnings from giants such as Goldman Sachs and Morgan Stanley - the JSE closed stronger on Tuesday, as well as a number of other markets.

What also helped the ZAR get on top of the EUR and GBP was the ongoing Brexit talks. They do not quite seem to be going as planned, as rumours are suggesting that the deal has failed over the Northern Island issue. The situation just continues to get messier, and it is a real situation that the EU and UK are struggling to work out.

That was not even half of the headlines from the week though:

The Rand maintained a stable range up until the end of the week...

...and then it all went a little pear shaped on Thursday afternoon, as the market shot to touch just below R14.50/$!

The market did pull back some ground to close around R14.40 to the Dollar, but it was really setup for a grand finale of a week!

The Rand has started the week on the front foot, strengthening down to R14.30.

This is a start that was really needed, in view of the likely tumultuous week ahead, where Tito Mboweni will be making his first mid-term mini budget speech...

...it is going to be a difficult speech to make, and we are going to have to see how the Rand will trigger from the event.

However, we are not going to get too caught up by the speech in terms of the Rand.

Our forecast for the week was issued earlier today, giving the prediction for the next few days. On Wednesday, that will be followed by another updated forecast.

Alex Paynter
« Previous Post New Finance Minister the catalyst for Rand strength Next Post » Mini-Budget puts strain on the Rand - what next?