Some thought a few months ago, in the midst of the Turkey crisis, that we would never see sub R14/$ levels again...

...well, that was just what we got this week, as the Rand spent the most part of the week on the front foot, breaking as low as R13.72.

And that is exactly what our short term Rand Forecast from the previous week had suggested - a topping out below 14.6400 before falling down towards 13.86 and below (see chart below).

These gains have been crucial on a number of fronts:

But there is still some way to go for the market to get back to what many consider to be fair value.

Let's take a look at some of the key factors which influenced the week...

Here are a few of the biggest moments of the week:

And this is how it panned out...in one of the less volatile weeks we have seen from the markets in a while.

It was the week of Thanksgiving in the US, and Black Friday to end off the week

However, the Rand stayed stable to start the week off.

Right through until Wednesday afternoon, we did not see the market break the R13.92-14.16 trading band...

On Wednesday though, was when the action began, with the Rand punching to sub R13.85, just one day before the Interest Rate Decision from SARB... 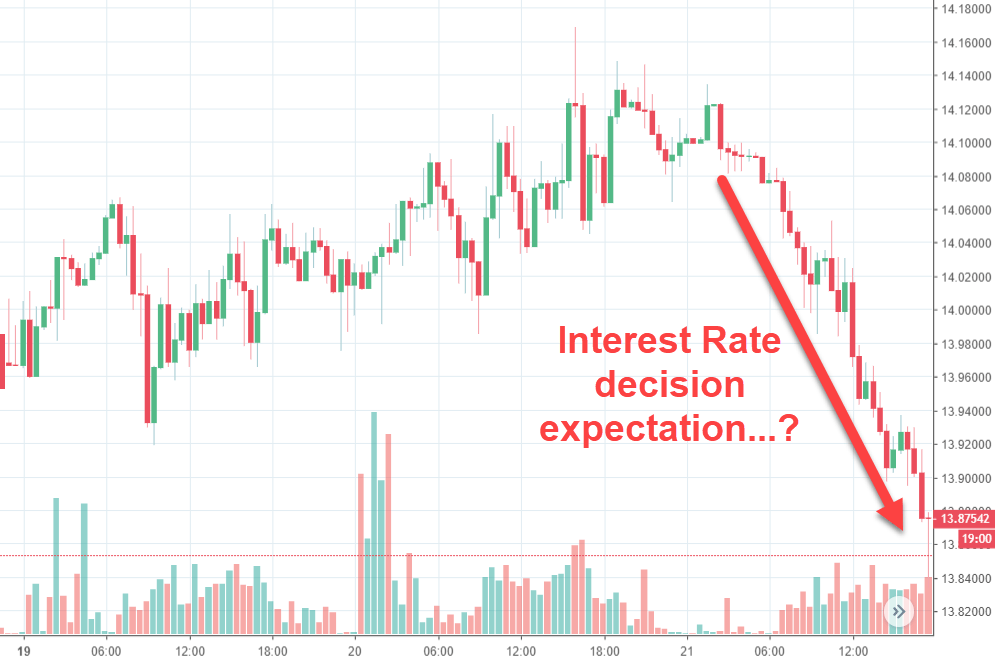 As we mentioned last week, the MPC were between a rock and a hard place with their decision...

... needing to stimulate an economy that is in technical recession on the one hand,

... while needing to tame inflationary pressures as a result of a weaker Rand and high oil prices on the other.

Almost every analyst had this being a "coin-toss" decision.

If you have been a client for long enough, you may remember how we showed that Central Banks don't set interest rates - the market does (see our blog article here).

The one indicator we have found to be the most accurate is 3-month Treasury Bills, which had shown a 25 bps increase since June, suggesting that SARB would have to follow suit. 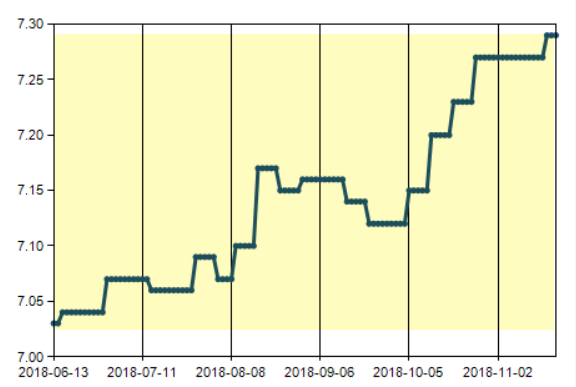 But was this a Rand positive or Rand negative decision?

There are always two ways of looking at it:

In this case, good for investors, but bad for the economy. Which makes forecasting the Rand direction based on interest rates no more than a coin toss.

By contrast, before anything was even remotely clear as to the interest rates, we had predicted days prior that we would see the Rand top out before make strides toward R13.83 and below to the Dollar(see above forecast at the start of this email)...

Ramaphosa also announced on Thursday some changes to his cabinet...

...thankfully not a Zuma-style #CabinetReshuffles, as this one had a bit more order and clarity in the decision making process.

However, analysts suggested that this did not meet the country's expectations, with only a few small changes, forced by the resignation of Gigaba and recent death of Edna Molewa.

Perhaps Ramaphosa is planning to play his hand at a later date, but for now, his small changes were well received by the markets along with the interest rate increase, as the Rand closed below R13.80 on Thursday...

There were many other headlines from the week:

On Black Friday, there was some consolidation from the market, and we ended just over R13.80/$.

Some ground lost, but definitely not all the momentum built up over the last few weeks...

...now just for the ZAR to kick on and take advantage of it!

The market has retested lows this morning before retracing.

We have a few events that could be triggers - SA and trade balances being ones of interest. And of course the Brexit summit resumes today.

But, as we said last week, the fact is, you will never get any direction based on news and events.

This is what the Elliott Wave Principle (our forecasting methodology) provides, which we use together with a combination of price-ratio analysis, momentum and time-cycle studies to give clients the most likely outcome for the next few days, weeks, months and years ahead.

Overall, based on our analysis, we still a Rand bullish bias in play, but don't expect it be all one-way traffic. To see the full details, why not give our service a 14 day test-drive.


Get The Latest Forecast For Free Now