Well, what an interesting week that was...

These are the types of weeks that make the forex game so interesting, as we see human sentiment playing out over and over again.

It is repeatable, it is predictable...and yet it is impossible to understand logically.

The Rand see-sawed from day to day, as economic and political news provided trigger after trigger.

It left the economists scraping the bottom of the barrel, trying to reconcile all that was happening globally with how the markets were reacting...

...as the Rand caused more and more confusion - and won the day on Friday!

Let's get into the review of how we saw the week playing out.

The busy news week had plenty of headlines:

So, where to start?

The initial part of the week for the Rand was steady going, after opening at R14.37, we saw a gentle move down to R14.27 by Wednesday morning.

This was unexpected by economists, considering that the US economy grew by 3.2% q/q, beating the market consensus of 2.3% for the first quarter of 2019 - Dollar positive news. On top of that, there was poor Chinese manufacturing data.

And yet the Rand maintained stability!

Wednesday was a public holiday, and not many in South Africa were expecting much volume or movement..

Of course, the Rand obliged with exactly the opposite!

Fed chair Jerome Powell made his announcement on US Interest Rates, keeping them steady and unchanged, as well as the expectation being for no more rate increases in 2019.

This should have been Rand positive news... 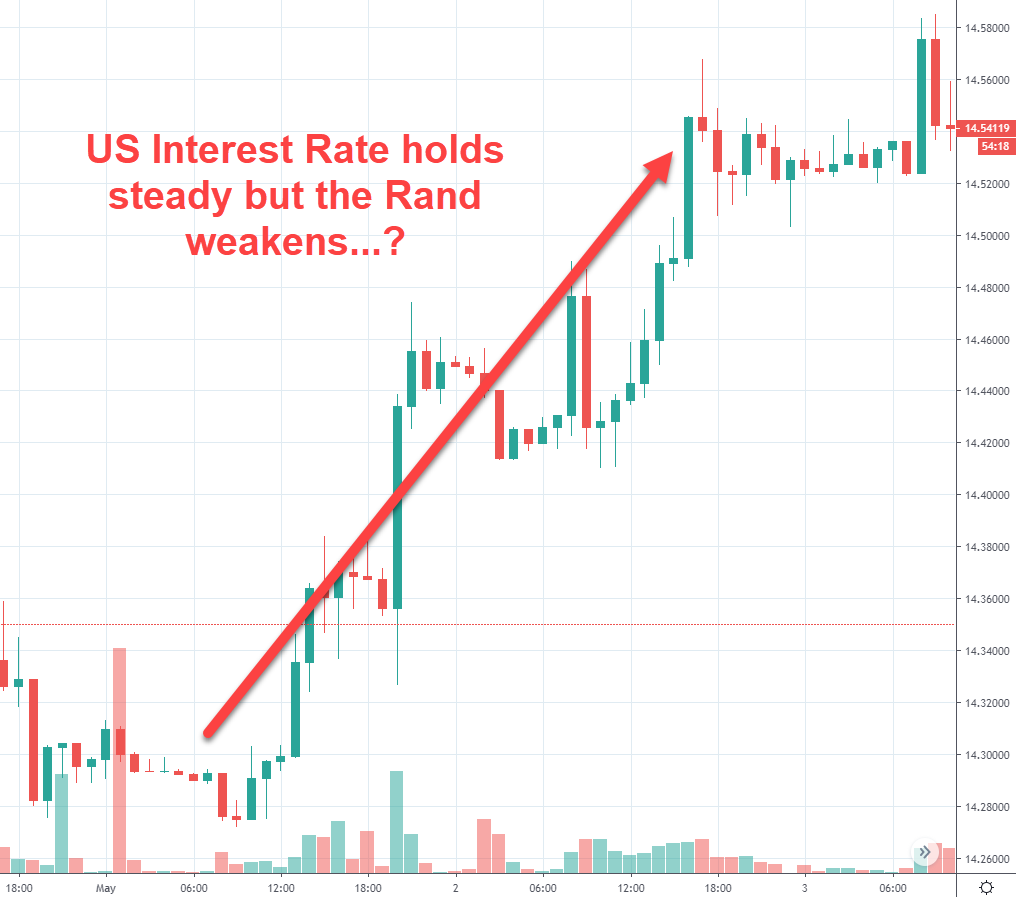 Confusion reigns for economists, who scrambled to try and claim that this was because Powell said the US economy is in good shape.

Strange, seeing as they have used interest rate increases from the US as Rand negative news whenever a move weaker has been triggered. Do you see how the news can be twisted to suit the outcome?

So, do you still believe the economists...?

Are you still using them to give you direction?

But a headache week for economists didn't stop there...

Let's give one more example in the latter half of the week.

Following the Interest Rate Decision, the Rand pushed even higher to hit R14.59 in early Friday trade before reversing sharply (on the back of no news)...

...and was already down about 10c leading up to the next big data release: US Non-Farm Payrolls.

And then the news hit:

Incredible. The US Economy was humming.

And the Rand's reaction?

Well, that can only be explained in an picture, as it says a 1000 words: 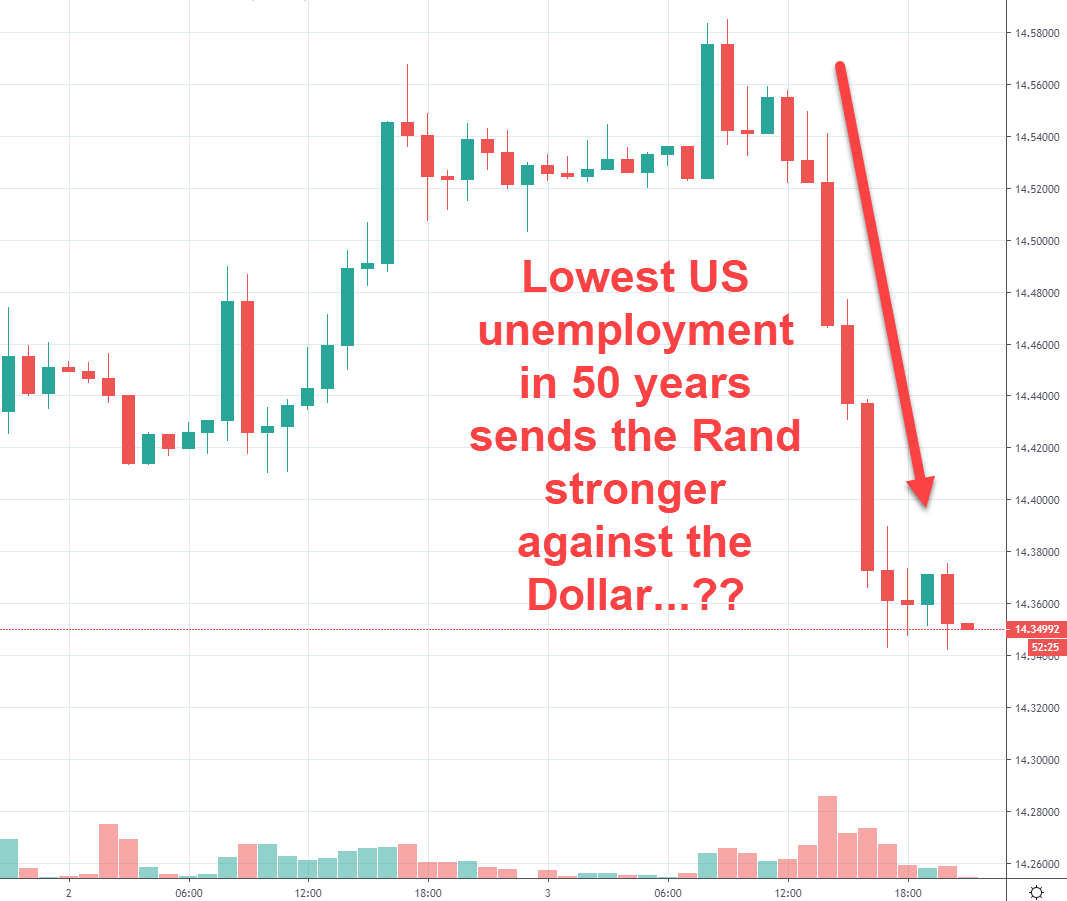 An incredible pindrop for the Rand saw a more than 20c gain in one afternoon - inexplicable, but very much needed!

And yes, economists will find something to try and explain the situation. "After the fact analysis" is what we call it. Trying to rationalize what has happened with news.

BUT, this can only be done AFTER it has already happened.

Which, if you are an exporter, importer, trader or investor, is already too late!

But take a look at this instead:

If you had followed our forecasts on Wednesday, you would have been anticipating this reversal.

As can be seen from our forecasts below, our USDZAR and EURZAR forecasts which both showed a topping out the next few days.

And that's pretty much what happened:

The USDZAR went slightly above the idealized target area before reversing sharply, while the GBPZAR reversed plumb in the middle of the target area:

EURZAR Short Term Forecast from 1 May 2019

So, what would have worked better for you?

Watching the news and trying to decide direction? Or listening to economists in their ivory towers trying to rationalize a predictably irrational market?

Here were some of the other headliners for the week:

As for the Rand, it closed out the week around R14.33 to the Dollar, after that incredible recovery, defying logic against Dollar positive news...


After a hectic week last week full of high impact events and logic-defying moves, he head into a week with national elections locally and US Retail sales and trade balance being the events to watch for potential triggers.

But I trust by now that you have learnt not to think the market reacts rationally to any outcome - and that Rand-positive news will always drive the Rand stronger - and vice-versa.

Last week was the perfect example.

To quote from last week,

"...if the current wave count plays out, the Rand's moves over the next few days and weeks could take many by surprise (as can be seen from Friday's update)...

...this is certainly not a time to manage your Rand exposures without a proper roadmap and a strategy (plan of action), so that you can prepare and take action at the right time, instead of either:

As you well know, both the above can leave you with regrets, frustration and anger...not to talk about a poorer bank balance.

That is why I want you to be prepared!"

If you heeded my advice last week (to take our 14 day free trial), you would not have been caught unawares.

...well, count that as school fees

... but don't let yourself be caught again!