Well well, what a week... a patch of some of the more crazy few days we have had in many a year!

The Rand tends to throw a curve ball like this every few months, which keeps things interesting - sometimes with no triggers at all, but other times with a horde of them - like we had this week.

Global & local events combined to make the perfect storm, triggering the Rand to its worst level since the Turkish crisis.

There was almost too much to keep track of, but we will do our best as we get into the full review!

The events were aplenty, but here were just a few of them:

These events were really the last thing that the Rand needed, as it was ending the week on the back foot as it was, after closing the week more than 50c weaker...

The market opened around R14.75 - but little did many know just how messy things were about to get.

China-US relations were all over the headlines - Trump's call for 10% tariffs on $300bn of goods had not gone down well with the Chinese.

Let the Yuan breach the 7 to the USD for the first time in more than a decade.

This concept of 'weaponizing' of a currency is not unheard of, and sometimes it is done more subtly. However, this time, the US came out straight away and labelled China a "currency manipulator", further escalating the tensions between the two nations.

And along with that, China advised state owned companies to cut US imports, including major industries such as farming of soybeans in the US being affected...neither side was going down without a fight, and the trade resolution is looking very very far away right now!

As for the Rand...well, it had a torrid start to the week: 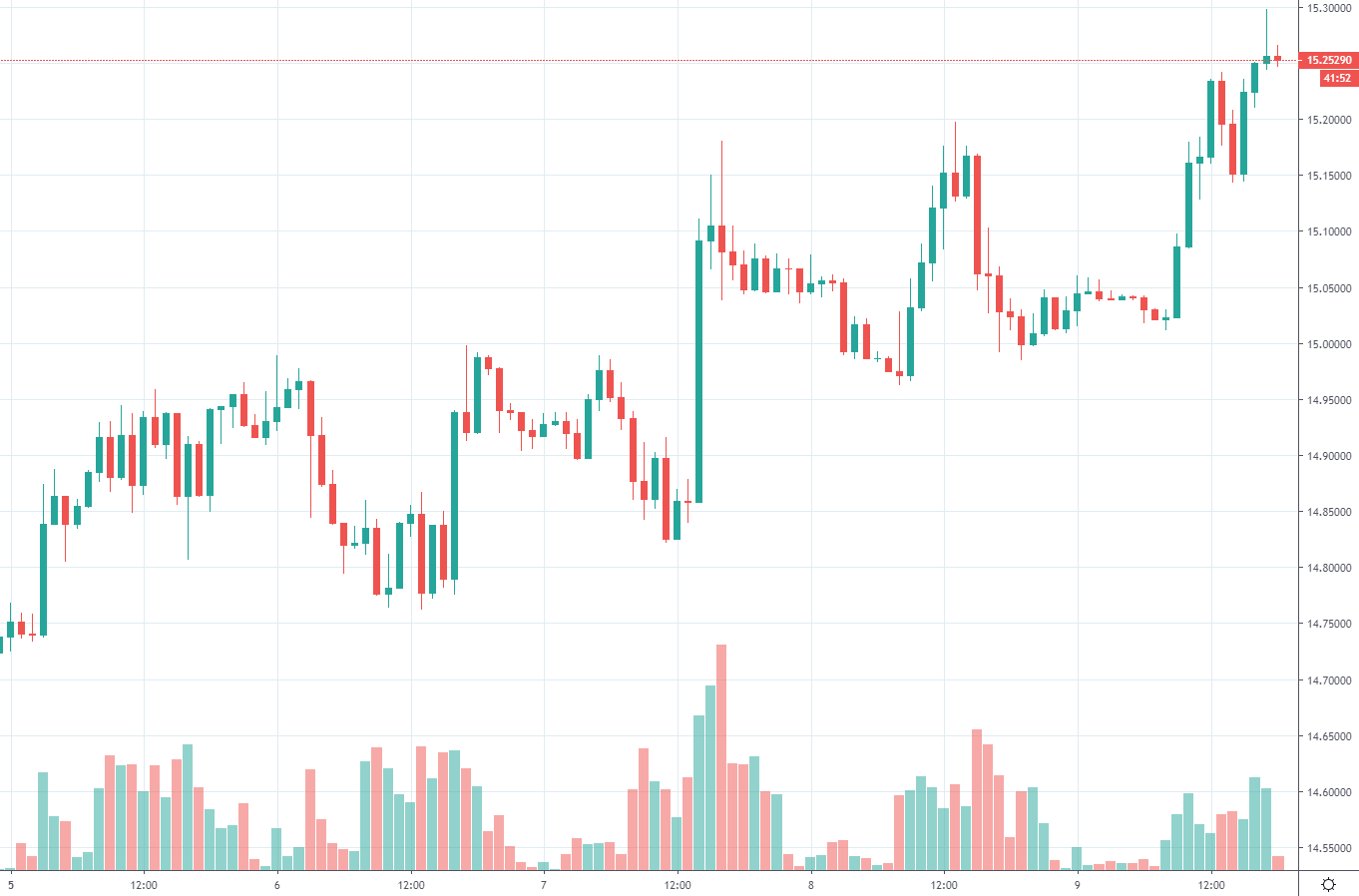 The tensions didn't slow down either, as Trump threatened further tariffs on top of the $300bn starting in September...

And as for local news, that did not help either.

It surfaced that Eskom was asking the government to take on some of its R440bn debt, a move which would certainly result in immediate #JunkStatus should it go ahead.

Moody's again weighed in with some underlying hints in their comments that they themselves were running out of patience. Their comments said Eskom will require "significant external support," due to "the legacy of past corruption and misconduct,"...

The only good news which has come out of the turmoil is that Oil prices have dropped - and petrol prices only increased by 11c which could have been much worse due to Rand weakness.

But that was only half of the week, and there was much more to talk about:

The Rand did not enjoy a happy end to the week, as we pushed higher and higher over R15/$ to the Dollar with global and local tensions really taking their toll.

The market continued its upward spiral despite the quiet end to the week of South Africa's Women's day, cruising ever closer to the R15.50 mark...

...a torrid week that all markets will want to forget finally came to an end with the USDZAR trading in the R15.20s.

As we start the week, with the last two weeks' moves hauntingly reminding us how quickly things can change, the question is - where to now?

There is very little to speak of in terms of 'normal' triggers (with US Retail sales, UK CPI and EU GDP the only events of note), but all eyes will be on the unfolding Trade War and Eskom debt debacle.

That said, we have learnt that the markets can move off no news at all!

One thing is for sure, the sense of complacency a few weeks back has changed dramatically to one of panic and despair.

In terms of Elliott Wave Principle (which is the study of human behaviour in financial markets), this means we are very likely close to a short term top at least, but there are some critical inflection points to watch.

We have updated our waves counts based on last week's move, and the next few weeks will be critical to determine whether the preferred or alternate counts play out.