Another week, another fascinating few days of trade and all of a sudden we are into the last quarter of the year.

And this is often one of the more volatile times of the year in the markets, as the holiday season has it's effect on the markets heading into December shutdown.

The Rand remains on uncertain ground with fickle trade over the last few weeks.

We have seen the market rebound all of 70c from it's September recovery, and now one wonders what is next.

Let's get into the full review, as we have a lot to catch up on with this being our first Rand Review in 2 weeks.

Here were the biggest talking points from the last few days:

So to start the week, were trading right around R14.90, following the Friday's heavy losses for the Rand.

September was a wide range of fortunes for the Rand with wild swings keeping things extremely uncertain.

The big talking points were largely foreign ones, with China's economic position taking most of the headlines.

The big news was that of the real estate company, Evergrande, which is sitting in a very bad position, having missed an interest payment deadline and needing a major bailout from the Chinese government.

Things then went from bad to worse, when Evergrande then missed a second interest payment, and proceeded to announce they would be selling off their $1.5bn stake in Shengjing Bank to try and meet this. With their company really underpinning a huge portion of the real estate market in China, failure of the group could be enormous.

But that still was not the biggest talking point of the week - as China's power crisis reached an a new level of bad. This has been a long time coming, but no one knew quite when...

...all of a sudden, the shortages of power are meaning factories are being shut down and limitededdddd to how many days they can work in a week - some of them just 3 days in a week, when they were previously running all 7 days.

With rationed power, China's manufacturing power is suddenly in trouble, and right before the holiday season which largely depends on the thousands of factories that produce goods.

These ripple effects are going to be felt around the world...and fast! 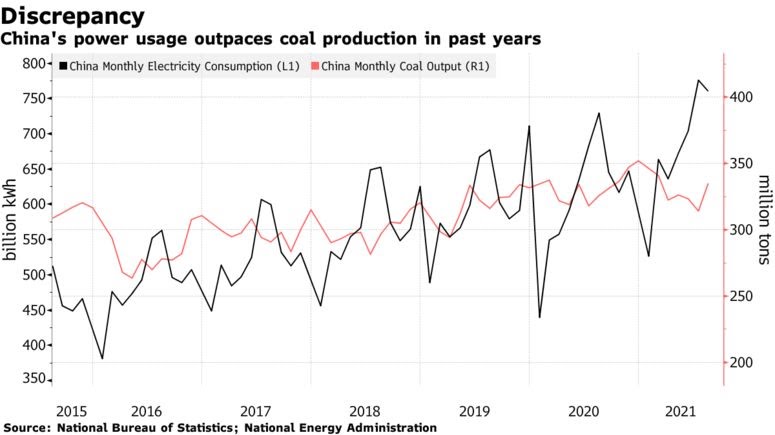 Investors were quite rattled by this news...

...and markets were shaky for the first half of the week, and SP500 had it's worst month since March 2020, and the Dow dropped 500 points on September's final day. Then there was the Rand touching as high as R15.25 on Thursday, before falling back below R15.00 before the end of the day.

This was right as per our forecast from the day before, which saw the market moving a little higher before topping out soon in the R15.15-15.39 area, and then heading sub R14.96 confirming a top was in place. (see below - click to enlarge)

Getting back to the Rand, we saw further validation of our forecast from earlier in the week, as we saw the local unit push stronger through Friday, breaking to hit R14.83 to the Dollar on Friday afternoon.

This meant we had broken the key levels to confirm a top was in place in the short term, with our Elliott Wave based forecasting system had called it again!

Some relief for investors, consumers and importers with a stronger Rand...but how long will it last?

As we look to the week ahead, there are a some high impact economic events taking which could well provide some triggers - and they are all based in the US with Balance of Trade, Jobless Claims, Unemployment Rate and of course, the biggie, Non-Farm Payrolls.

With global markets a bit jittery, we expect the next few weeks to remain volatile, with the Rand of course having its share in this. But as usual, we will not be looking to the events themselves to give us any clues, but at what the sentiment patterns themselves are telling us through our Elliott-wave based forecasting system.

It certainly gave us and our clients a clear picture this last week!