Is this becoming the new norm for the Rand?

It is hard to believe just a few months ago it was week after week of strengthening for the local currency, coming out of the December rush.

The change of sentiment has been so stark, from the euphoria & positive emotion flooding into the market up to February...

...suddenly reverting to negativity & disbelief as everything has gone awry.

The fear and greed scale we showed you last week is a great example of this.

As of now, Rand negativity is paramount, with the Rand reaching its worst level of 2018...

...and with seemingly everything going wrong around it.

It was a tough week, but let's take a look at how it played out...

...quite a complex one, and we were going to have to watch the markets carefully, once again.

After being the worst performing emerging-market currency during the previous week, many were hoping for a better 5 days. Our forecast however, suggested we were going higher...

The big event for the week: US Fed Interest Rate decision

Last week it was the GDP figures which provided the trigger. This week, the question was whether it would be the Fed Rate Hike...?

It is always hyped up to be one of the major economic events, and all eyes were on it.

Alongside that, the other big global talking point was the unthinkable from a few months back, taking place right before our eyes: Donald Trump having a constructive discussion as to peace, resulting in North Korea's Kim Jong Un signing a document stating he is committed to 'complete denuclearization' of North Korea...

While this is being seen as a huge event in terms of peace globally, it remains to be seen whether he actually intends to do so or not...

...and whether you can trust a Communist dictator that is prepared to execute some of his own family with anti-aircraft guns is the million dollar question!

Anyway, by the time we got to the end of the week, it was not a pretty picture for the Rand... 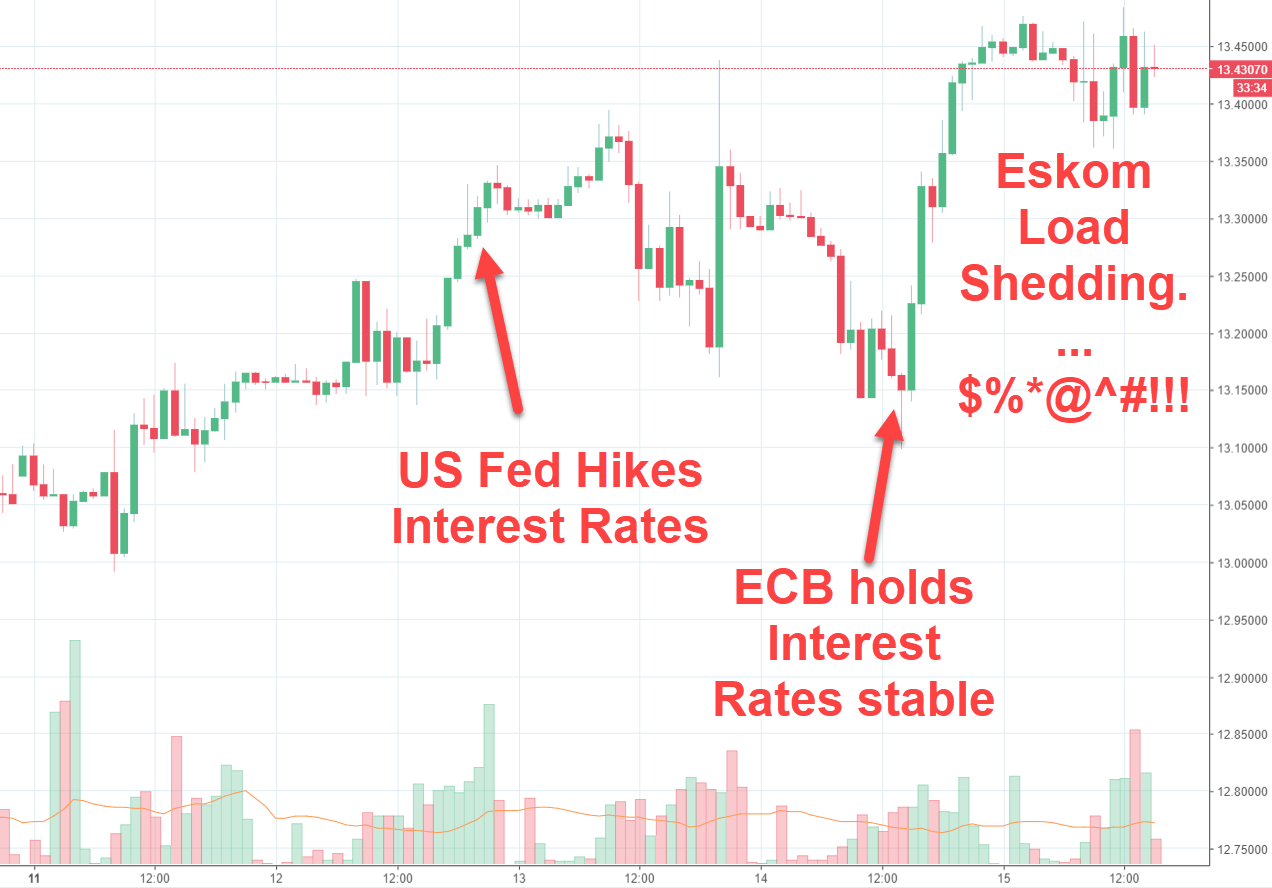 Another week. Another set of losses for the ZAR.

After strengthening close to R13/$ as per our forecast above, it moved into our second target area in the days following, pending a topping out in the R13.28-13.54 area...

It definitely was looking like nothing was going right for the Rand, with:

And then we come to the economic figures - it did not make pretty showing:

A 42% gain in Rand volatility over the last week -

the biggest quarterly increase since 2013.

But it has not only been the Rand though, as the Russian, Turkish, Mexican and Brazilian currencies were all taking a pounding.

Bond data came out. Yields were down 1.5 basis points. And outflows were at record levels: 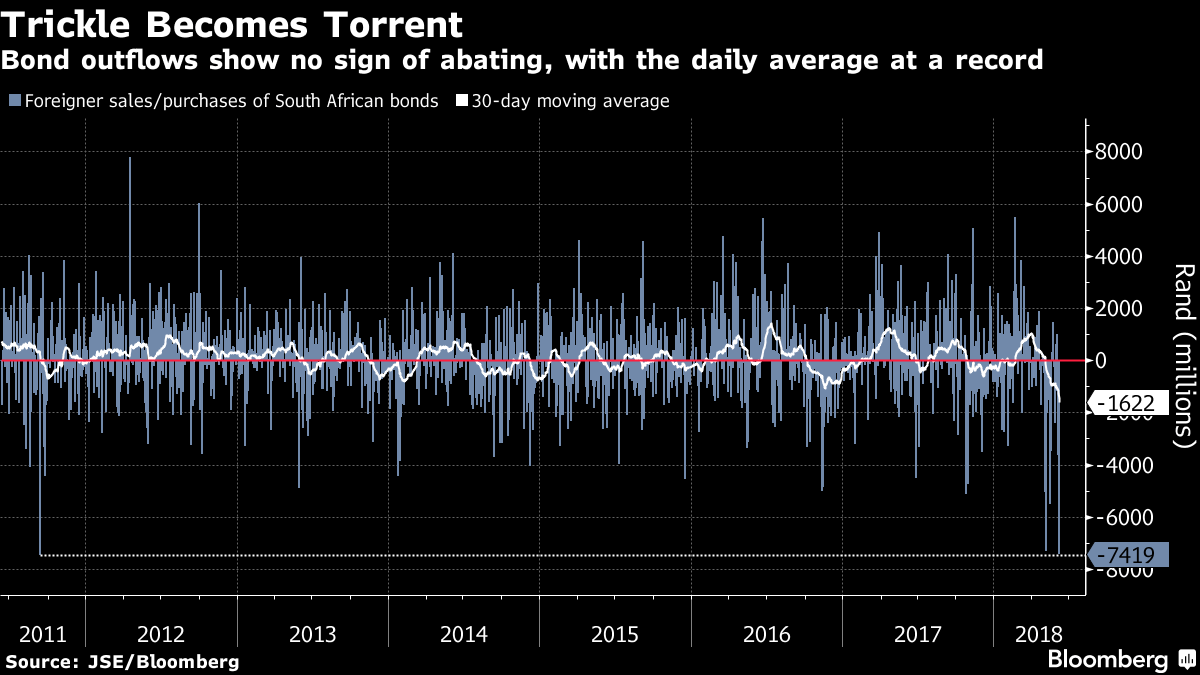 So...very tough times for the Rand!

The Rand started the week rather battered and bruised in the mid 13.40's with the immediate outlook being for the bearing to continue.

However, we are approaching some key resistance levels which we will be watching closely to give us some hints on direction for the coming weeks.

It is at these particular times that emotions tend to take over - whether it is panic and despair (for importers) or greed and complacency (for exporters).

And it is at these times, more than ever, that one needs to have an objective view of where we terms of the long, medium and shorter term trends to keep the current move in context.

We will be watching this market very carefully over the next few days, and looking to see whether key levels and the present preferred wave count holds true.

It is certainly going to be another humdinger of a week, so hold on for the ride!