Well, well… what a week for the Rand.

2020 has certainly kicked off with a bang, as the Rand has endured one of the worst starts to the year in its history.

...and the Rand did not disappoint in creating its own bit of havoc.

But where do we see things going in the next few months...?

Read on to find out!

And it was another week of action, with plenty of big talking points:

First things first, the Rand was fairly calm to start the week, trading gently around R14.40 to the Dollar..

But that was all about to change ... all too fast.

Right from the start, sentiment generally was on edge. The market was a bit choppy, as everyone waited and watched to see what happened during the course of the 5 days.

Locally, all eyes were on SAA & Eskom - the two problem ridden SOEs were battling more than ever.

Firstly, SAA was out of cash. During the course of the week, they secured a loan from Development Bank of Southern Africa, for a fat R3.5bn. Half of that was coming from SA's commercial banks & institutions, who do not normally throw money at any lost causes…

...however, this one is a little more complex than that. Before any of the banks would loan cash, they asked for a watertight surety from the government.

So what does that mean?

It means that should SAA default, the government will bail them out. Who then foots the bill if that happens? The tax payer.

So this is a relatively risk-free decision from the DB of SA, and should not been seen as their vote of confidence. Even as it is, experts could not see how the loan was justifiable.

The gravity of the situation is plain for all to see, as SAA cancelled a host of local & international flights, disrupting customers travels once again. Where is this one going to end? Any guesses?

And the same questions were being asked of Eskom, as more load shedding took place this last week, carrying into the weekend. Andre Du Ruyter was blunt in justifying this, saying that they had no other option, with long overdue maintenance needing to take place.

It seems patience will be needed to see if he can steer the train back onto the rails without the whole thing falling over!

This was enough pressure on its own to make investors jittery, and then it was the whole Coronavirus debacle on top of this.

The figures are changing every day in terms of how many are in quarantine, ill and have been killed by the virus, but by Friday it was nearing 10,000 cases, 200 deaths and around 60 million in quarantine...

...China's economy is already slowing, and the virus is only set to spread, with cases reported worldwide.

The jittery Rand wobbled its way to midway through the week, already trading close to R14.70... 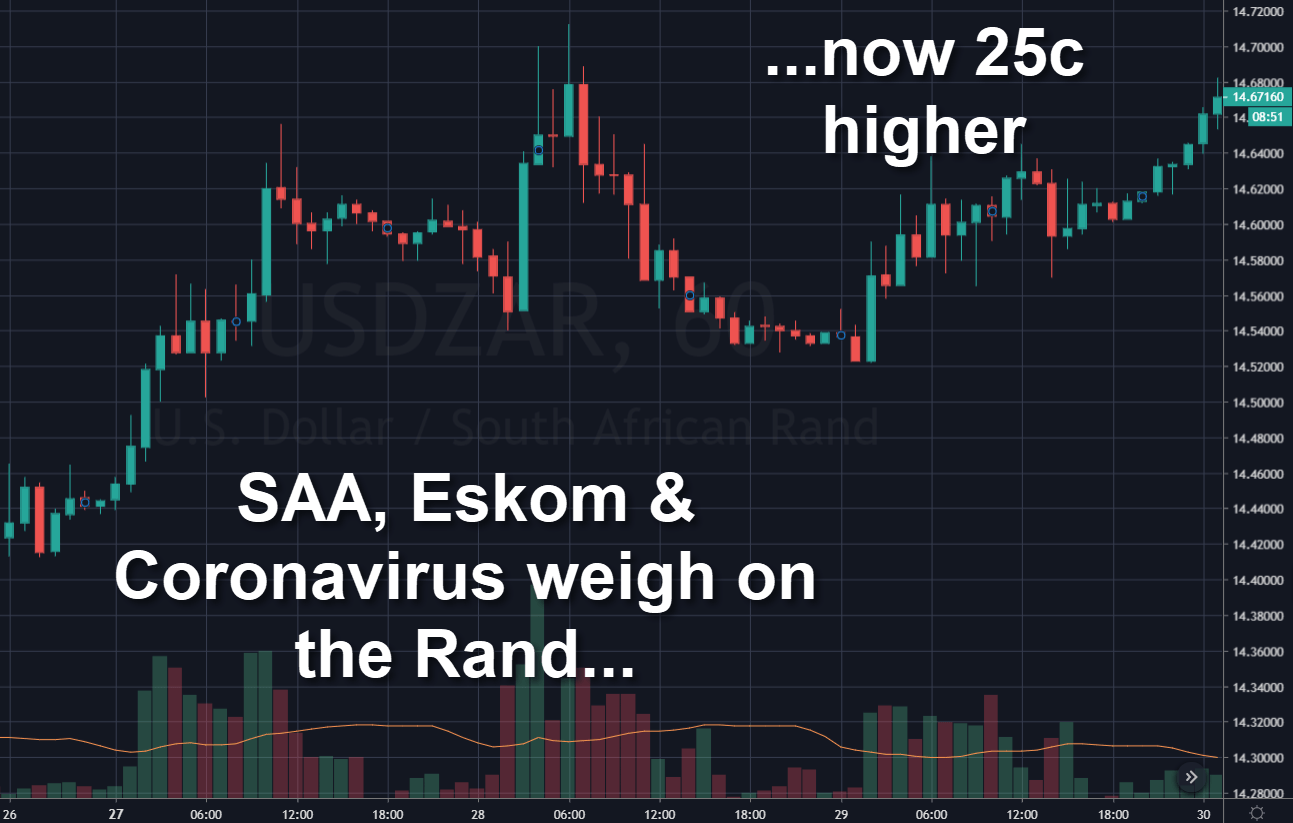 And as for the Rand...eish! 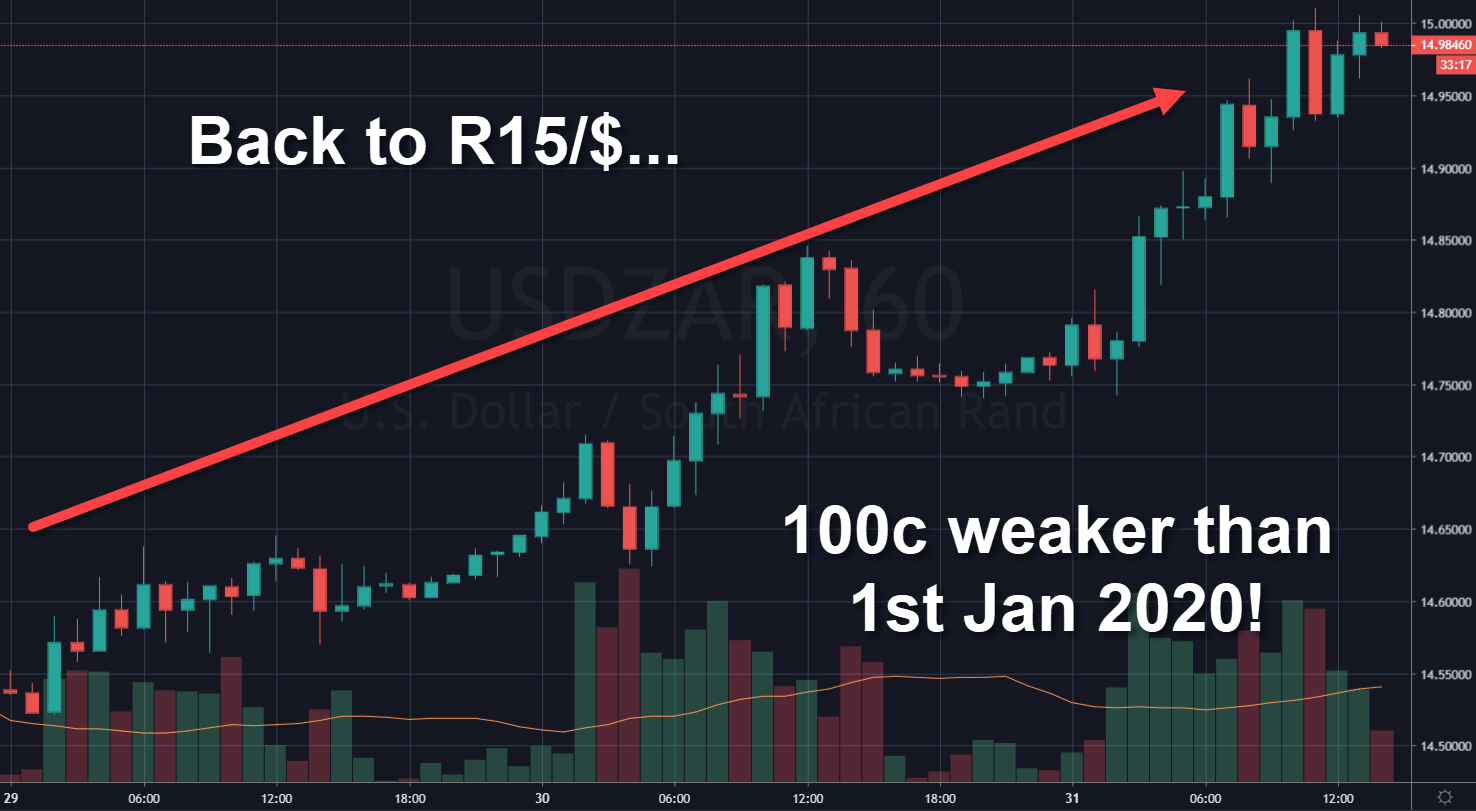 We are now on the cusp of some very crucial inflection points for these markets, and will be watching them closely.

Well, after a bruising week last week for the Rand to end of an abysmal month, can February deliver a reprieve?

This week we have 2 big market movers to look at (US trade balance and US Nonfarm Payrolls), as well as Coronavirus, Brexit aftermath, SAA/Eskom and Trum's impeachment trial.

Well, things are not looking to rosy for the Rand in the short term, based on what the Elliott Wave patterns are telling us and we expect a very volatile coupe of weeks ahead, with some key levels to watch.