A roller-coaster week for the Rand, which saw the market lose ground against all the majors in the early part of the week before clawing its way back - with a sterling Friday to finish off, rounding off what was a pivotal week's performance.

And yet, the Rand still ended over R15/$, despite the recovery.

But the end of the week has started to provide some clarity to the wave counts...

So let's get into the review, before we get into where we see us heading into this new week.

It was a most interesting week, with lots of major events and headlines. Here are some of the biggest ones from the last 5 days:

As far as the Rand goes, it had a really bad start to the week, losing ground immediately to trade over R15.20, as markets were startled by a report that the US is considering delisting Chinese companies from the US stock exchanges.

The US Treasury has subsequently denied these rumours, but the volatility continued to wobble markets globally...

Chinese PMI out on Monday morning showed a 5th month of contraction but was better than initially forecast. While the US has suffered from the Trade War, it is clear that China is doing so more, and the US has the resources to last out longer. However, a US recession or severe economic downturn would possibly change this advantage that is there over China. Hopefully the mid-October talks result in some some clarity for the markets. Interesting times...

And things became even more interesting as US Economic Figures came out during the week:

South Africa also had a some big economic figures:

As the week went on, the Rand weakened in the midst of all this news, not enjoying the volatility surrounding emerging markets as it hit R15.39 on Wednesday morning, with many investors and importers starting to despair...

...and exporters starting to become overconfident and complacent... 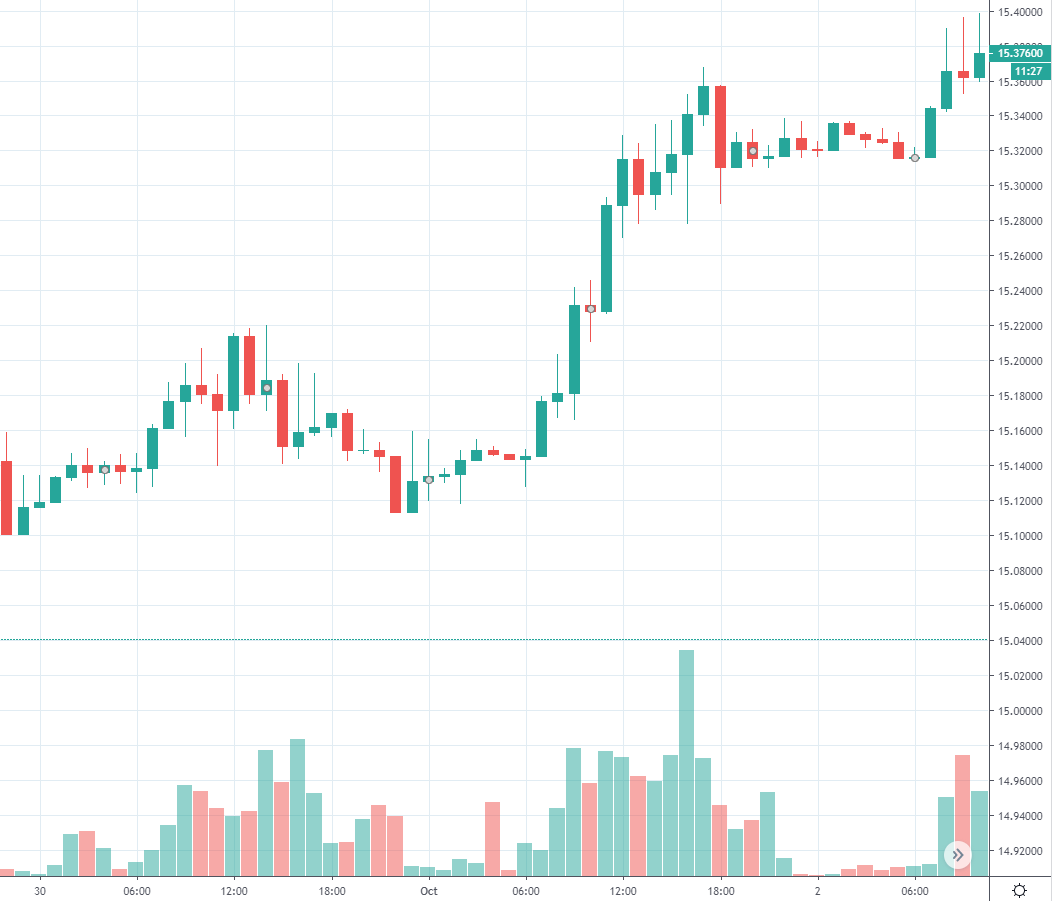 ...and as so often happens, when it feels things can only get worse (or better), the trend changes.

Fortunately, our mid-week update was soon to be published, which would give an outlook for the balance of the week and beyond.

But, firstly, before we share that, in other news:

But to get back to our mid-week update.

Wednesday had seen the market hit close to 15.40 (just 10c off the worst levels this year), with many thinking it MUST go higher now.

By the time this was published around NY close, the market had slightly from its peak earlier in the day, but there was still a lot of nervousness around...

And contrary to general expectations, our analysis showed something very different - that the market had likely topped out and was expected to head below 15.05 over the next few days.

And that is exactly what it did!

The Rand pushed steadily stronger over the next couple of days, and by Friday, we had seen the market drag itself down sub R15.20/$ by the time it was due for the big trigger event of the week: US Non-Farm Payrolls...

...notoriously the biggest trigger of the month in the forex market.

And. once again, the event didn't disappoint, as the Rand took the opportunity (on the back of the slightly weaker results than forecast) to push sharply stronger to touch as low as R15.02...

...exactly as we had forecast on Wednesday evening! 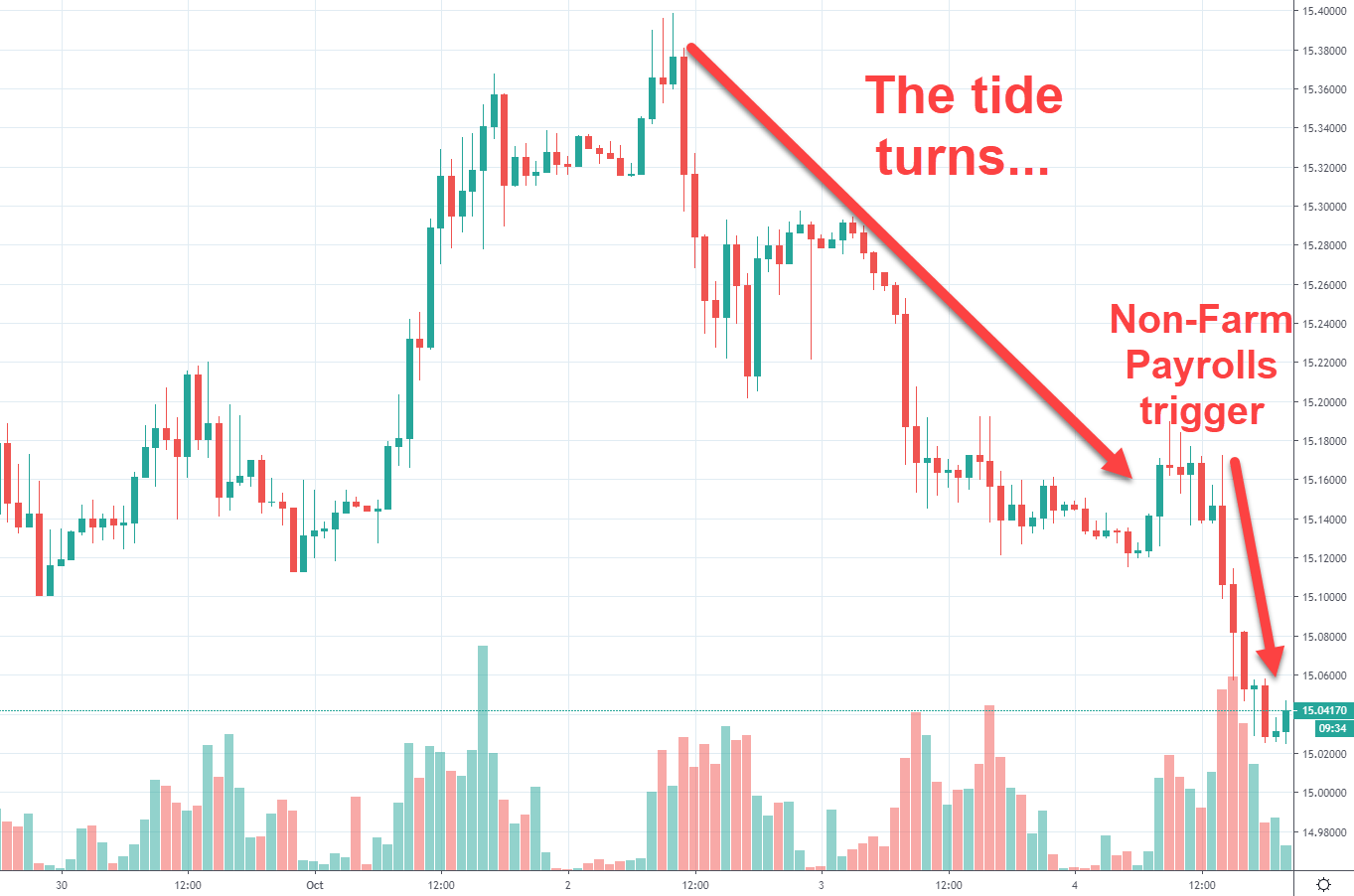 And so, a great finish to the week from the Rand, as it clawed back all it had lost, earlier in the week - plus some!

As we head into the second week of October, what does the market hold in store?

There are few economic events that could provide triggers, but no real big ones:

The big question is of course - can the Rand extend its gains that it made from the extreme of last week?

Based on our latest analysis, the answer is a likely yes, BUT it is not going to be one-way traffic. And we will need to see certain levels broken to confirm a larger degree reversal.

Alex Paynter
« Previous Post Rand on the back foot over R15/$ Next Post » Rand powers on - can it continue?