We are living in some of the most unique days that man has faced - at least in recent times, with lockdowns across the world ... perhaps on a greater scale than what was seen during world wars.

No one is immune.

Some aerial shots showed just what a global change had come in over the last few weeks.

With SA now just at the start of uncharted waters with the 21 day lockdown, we are never quite sure what tomorrow holds....

But let's get into the full review - and see what we clues we can find when it comes to the financial world.

Here were some of the biggest talking points from the 5 days:

The Rand opened the week very much on the back foot against the Dollar, having closed around R17.55. It was a week of the unknown beginning, once again, and all too quickly the market was up, touching R17.89 in early SA trade…

...this was now the weakest EVER level for the Rand, surpassing #Nenegate which sent the market to R17.81 briefly!

It also broke above all time record levels against other major currencies such as Euro, Yen, Swiss Franc and others.

You could almost smell the panic and fear in the markets...

...but this may still be some way off desperation and despair.

It is tough to encapsulate all that has happened in just a few days, but the most critical of all for South Africa was Ramaphosa's announcement on Monday evening that there would be a 21 day lockdown countrywide.

This would halt travel, most business and stop purchases of items such as alcohol - while even limiting persons walking their dogs about the streets or going for a run...

...a drastic measure, but one for which Ramaphosa was widely lauded for his efforts. It does seem the only way to "flatten the curve" of exponential spread is to take as drastic measures as possible.

But only time will tell, as businesses despaired over the Thursday (26 March) shutdown...

Thankfully, while a little choppy, the Rand took this news well, as we saw the market break lower toward R17.50 over the next couple of days.

And then we were onto the second major news event of the week...and we are calling this one as being the biggest financial one of this millennium so far:

(just one week before, they had announced a limit at $700bn

...now they have realized this is not enough)

This basically gives them the ability to print unlimited cash, to buy in to stocks/bonds/markets to stop them from collapsing.

It is virtually legal market manipulation...but it ultimately WILL NOT work!

It is time for us to take a step back in the midst of all this turmoil, and take account of what is actually happening - this is one of the biggest building blocks being put in place for a COMPLETE fiat collapse, taking most of the financial system with it.

The Fed may believe they have unlimited cash - but such is not the case, case in point so many different countries who thought 'printing money' would solve any crisis.

On Wednesday, SARB followed suit to a lesser extent and announced that they are going to be doing QE, and will be starting to buy government bonds…

...expect this trend to continue across the globe.

Treasury Bills are now negative, so do not be surprised to see US interest rates go below zero in the coming months as the Fed follows the markets...we are in for one heck of a ride. 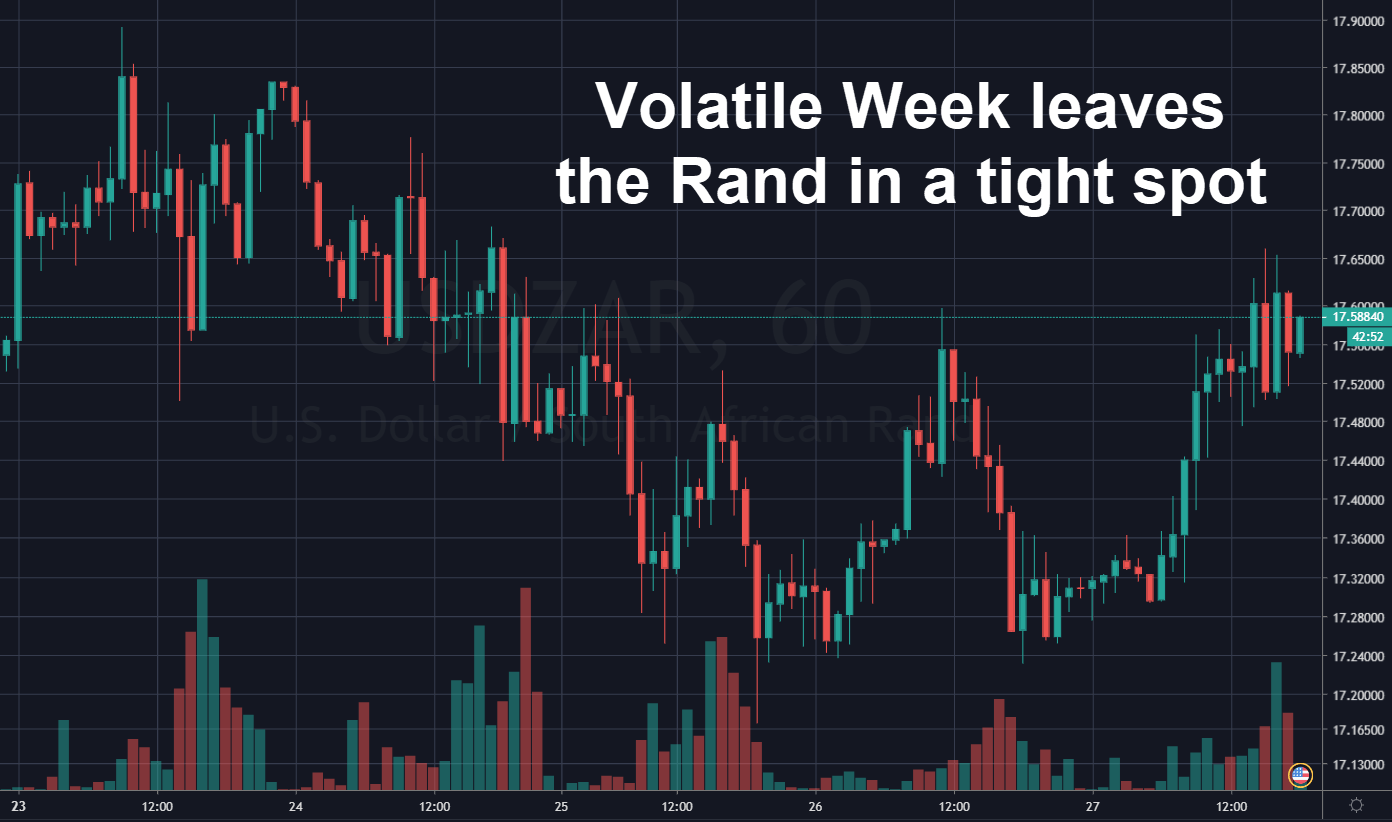 Over the back end of the week, we saw stocks rebound (just a classic Elliott Wave case of when everyone says it can only go lower, then it rebounds) and the Rand traded stronger until Friday...

And then, after the market closed, Moody's axe finally fell...

What does that mean for the country going forward?

And what effect on the Rand?

Well, for now, the fact is that it has likely been discounted in the market already, based on how the Rand has capitulated the past couple of months.

Either way, we are going to be trusting our charts to show us what is coming over the next few days, weeks, months and years according to the Elliott Wave Principle.

Take a look at what we are seeing over here

But we have got something special for you this next week to give you the information you need to get through these tough times...read on to find out.

And now for the good news for you, as you face this next week.

We are teaming up with Property & Blockchain expert Scott Picken of Wealth Migrate and a panel of experts across multiple different markets and fields to give you a complete Global Update Webinar on all the following points:

The experts who will speak:

The details are as follows below:

I will be sharing all of my best information - and showing you where I think things stand right now in the global markets, economy and world as a whole.