The perfect storm has hit, and the Rand had a rough ride initially as a result...

...only to pull it back towards the end of the week.

That was the long and the short of it from this last week, as the combination of global and local events took hold of the headlines, to keep stirring the frantic markets.

With less than 24 hours until the polls open for the grand finale (or not) of the US election, there is so much more coming soon.

But first, let's take a look at what transpired in the last 5 days, to give us some insight into the crazy weeks ahead.

Before the week began, we issued a crucial update to our clients on Thursday the 22nd of October to all of our paying subscribers, warning them of what the days ahead held. The Rand was at R16.23, and we were seeing a break lower coming into the target area of R16.16-15.80, before we would then see the market bottom out. (see below - click to enlarge)

And then it was just to wait for the triggers… and come they did:

So, take a breath...let's start with local news first.

With the Rand opening trade around R16.30 on Monday morning, we were watching to see the move stronger over the coming days into our target area.

And as expected, the Rand strengthened down to as strong as R16.08/$ on Tuesday as per our forecast from the previous week...

...so now that left the Rand primed to bounce upwards from these levels.

What it needed was a trigger...

Which left us awaiting Wednesday's Mid-Term Budget Speech - with high expectations for Mboweni to right the wrongs...

...but it didn't go quite according to plan.

He painted a dour picture, with a speech filled with worry, giving many a difficult time looking for the positives:

While risks abound, there are some particular ones which are clear worries to recovery plans:

Final conclusions were that Mboweni is once again making the best of a bad situation, apart from yet another nonsensical SAA bailout (likely not his doing but from higher quarters)...but will it be enough?

The 'simple' answer is: Commitment and Implementation!

But can this be done?

Well, that is the question going forward - and the Rand didn't take a liking to that pathway ahead, bouncing up to hit R16.49/$ by Wednesday afternoon. 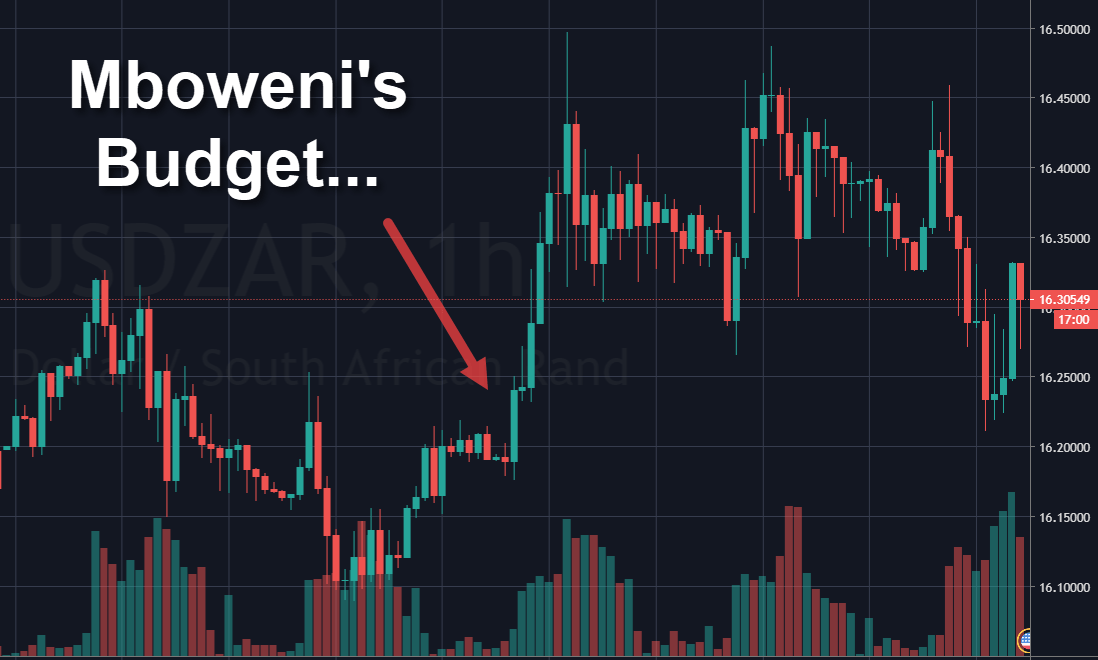 Another move called perfectly by our Elliott Wave based forecasting system, as the market bottomed out in our target area!

And then in other news over the pond:

And just like that, we were on to Friday...

It was a real topsy-turvy week, and don't expect it to stop as we head into the US election finale!

This week ahead is all about the global focus - and in particular in the US, with some gamechangers coming over the next few days...

Don't expect these to be the only talking points, but as we look to the days ahead, you can hardly look further than the US election. While it may seem far away happening the other side of the pond, this result will have a profound and measurable result on the global economy in the years to come - no country is exempt.

The election promises to be closer than many are expecting - as always, polls are narrowing in the closing days (if any of them can be believed, based on the abysmal accuracy in the 2016 election).