Despite the Rand's best efforts, it just cannot catch a break.

Back over R15/$ to end the week really added to the lack of optimism in the country... (which has been good for exporters, but has left importers wondering where the good start to the year has gone)

It was a perfect storm for the ZAR, of local & global events.

(although every week seems to be this perfect storm at the moment!)

Where is the market going to find some positive sentiment from, is the question on everyone's lips...

...well, after more than 15 years in the game, I have learnt to not look to logic to determine where a market will go.

Let's get into a couple of our insights for the week.

Well, the week of two halves was packed with news and events. Here are a few of them:

Early doors, the Rand was sitting a touch below R15/$ to the Dollar, after a volatile week...

As every day past, the news out of China worsened. The concern over Coronavirus was increasing, and the concern over the manipulation of statistics by the CCP was a real threat. As of Friday, official cases were at over 31000, and deaths over 650. If this is what is official, what is reality...?

China censor-centric control of news has always made information from out of the country impossible to trust. If unofficial reports are anything to go by, the situation is far worse than the government is letting on.

And this makes sense, as the economic events being seen are huge. The Chinese economy has ground to a halt, requiring a rethink of almost everything.

China has been forced into providing stimulus (or rather, money printing/injection and stock buying) - and even that was not enough to stop Chinese stock markets plummeting all of 8% on Monday.

So we will keep watching this one…a lot more is yet to be uncovered.

While this is not SA news, and therefore by logic shouldn't affect the Rand, the effect is very real on economies like SA's which depend on China's...

...and reality is that every economy will be affected if China's collapses, being the second largest economy.

Yet, in the first half of the week, we saw the ZAR stage a mini comeback, tracking down to sub R14.70... 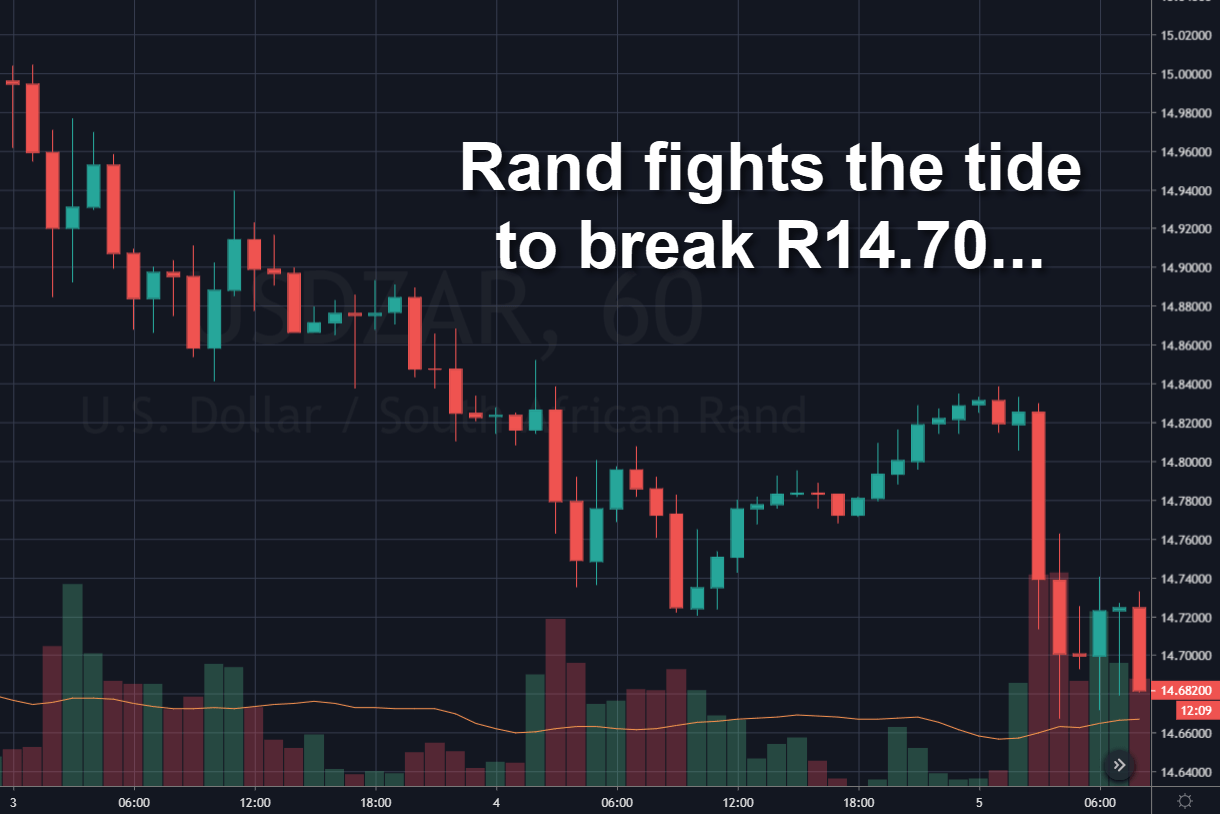 Little expected based on the news...yet there it was.

Another classic "opposite of sentiment" move from the Rand - one of the many we have seen in recent times.

We don't have to look too far back to see this, with very negative Eskom sentiment leading into December shutdown, but despite that, we saw the USDZAR track down to hit sub R14/$.

And that's just one example of many...

And the second half of the week saw the Rand just collapse back over R15/$ as global uncertainty took hold... 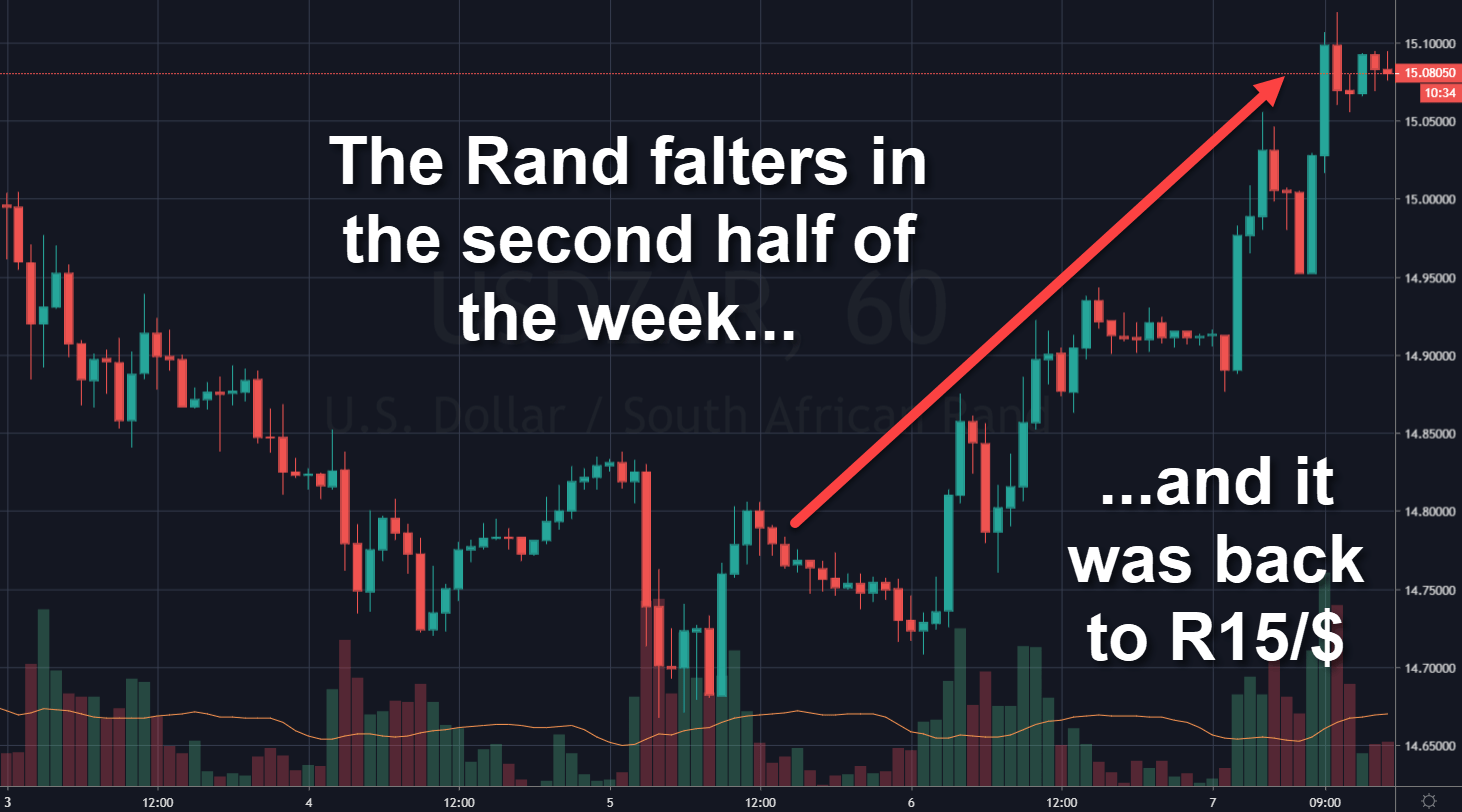 The final push over R15 was triggered by US Non-Farm Payrolls coming in at 225k in January, beating the 160k estimate, but unemployment rising 0.1% to 3.6% on the back of a rise in overall workforce.

So, a rough old week for the ZAR ended very much on the back foot...where to from here?

And so, as he we head into the second week of February, we have the State of the Nation Address, with Ramaphosa not being able to tout much success at all.

Both this and the budget speech on 26 February will be closely watched by Credit Rating Agency Moody’s as they prepare their next review for the 27th of March.

US Fed's Chair Powell is also expected to testify this week, and together with Retail Sales will likely give the market some triggers.

Well, it is the second week that the Rand has ended badly, and based on what the Elliott Wave patterns are telling us the next couple of weeks are likely to remain very volatile - and we will be keeping our eyes on some key levels.