The Fiscal Cliff has been the buzz-word in financial markets of late, and is re-elected President Obama’s first major headache of his second term.

What is it all about?

In essence, it refers to a number of laws that come into effect at the end of 2012 which, if left unchanged, would result in significant tax increases (about 20% on average) and government spending cuts, with a view to a sharp reduction in the budget deficit (the difference between what the government spends and what it takes).

This very sharp reduction in deficit for 2013 (expected to be roughly 50%) is the cliff that is being referred to.

The fear, of course, is the effect that this will have on an economy that is sluggish at best, with the resultant reduced spending, by both consumers and government, expected to push the US back into recession.

Is this a real threat?

Well, yes it is, but not because it hasn’t been coming for a long, long while. And not because US policymakers are having to fix a problem that is not of their own making – through what Americans call “snowploughing” – pushing problems down the road.

But one thing perhaps is perhaps starting to dawn:

Debt is the problem, not the solution… 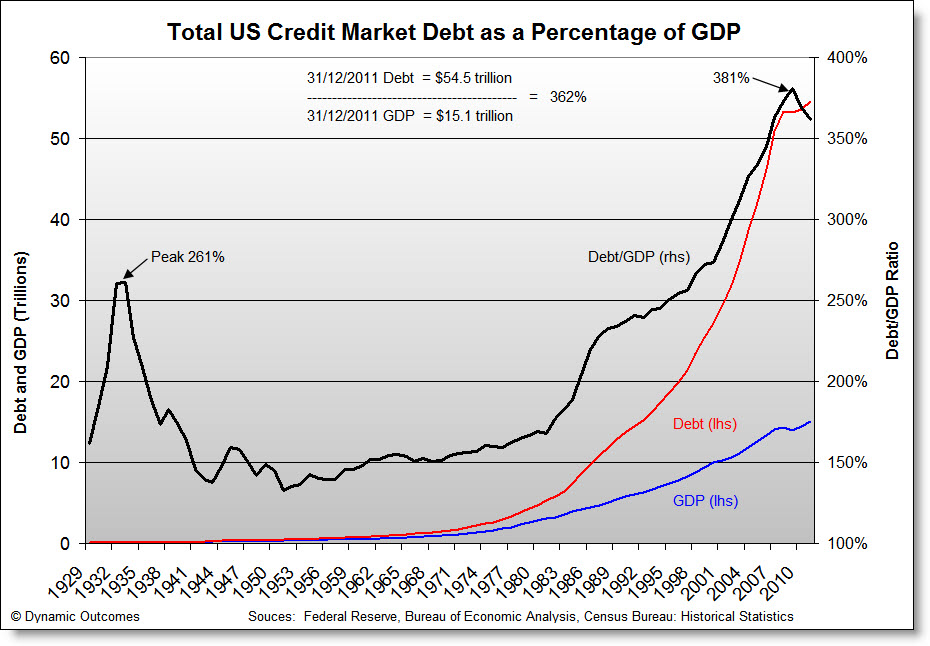 And its not just federal debt, but total debt – government, corporate and private – as shown in the Chart above.

As you know, we have been showing this Chart for some years now which shows Total Debt as a percentage of GDP.

What this clearly shows is that the Great Depression in the 1930s was the result of the over-extension of credit in the 1920s, which reached a point where it was unsustainable, and the debt bubble burst (and as can be seen, the total debt bubble at present dwarfs that of the 1930s).

What resulted was a very painful, but very necessary flushing out of all the dead-rot in the system, writing off of bad debts, closure of marginal businesses, etc.

But what it also led to was fertile ground for real solid growth (not growth backed by credit) in the decades following.

Which leads us to the question:

You know my opinion on economists.

Well, if you believe in the virtues of Keynesian economics (as most economists and central bankers do), then yes, of course recessions are bad.

And according to Keynes, active government policy is essential to managing the economy and recessions, preventing it from both over-heating and over-cooling through monetary policy (interest rates) and fiscal policy (taxes and government spending), and thus keep an economy growing and out of recession, and keeping existing businesses and jobs intact.

But this theory, which has been the reference book for central bankers for decades, is starting to show some serious cracks in its validity, its recipe for a healthy economy, and its preventative remedy to a recessionary environment.

It can be likened very much to the long-held belief that forest fires were bad – an analogy that hits the nail on the head.

Forest fires have been occurring regularly happening for centuries, and in areas where man had not set foot.

And, in nature, small forest fires are healthy for a forest, in fact essential for its long-term health and survival:

Dead wood and overgrown undergrowth are destroyed as are lower branches, allowing more sunlight to reach the forest floor.

This adds nutrients to the soil and after a fire, healthy forests quickly regenerate, and fire-resistant trees, whose crowns are still intact, flourish.

More so, many species of trees (like some oaks and pines), require the heat of fire to crack their tough seed shells. 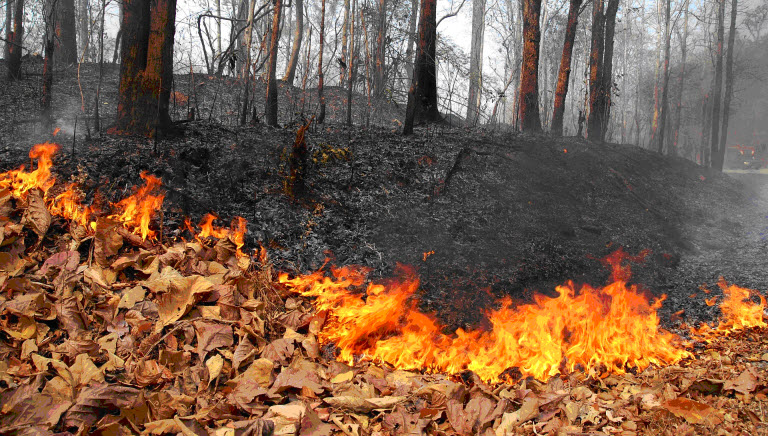 But then, one day, in our wisdom we decide, because a few trees are destroyed, and maybe a house or two built too close to the forests, or a few lumber companies profits were affect, that forest fires are bad,

And so, as the US Forest Service did back in the early 1900s, we put in place policies – at great expense – to intervene and ensure that all fires were put out as soon as they were discovered.

But in trying to prevent fires, the role fires play in the forests was overlooked.

The forests became thick and choked with underbrush, and the trees became too densely packed to thrive.

But that was not the worst of it –

In our interventionist wisdom, we created the perfect recipe for the very forests that we were trying to protect, to be completely destroyed…

…by one large, uncontrollable, devastating fire. 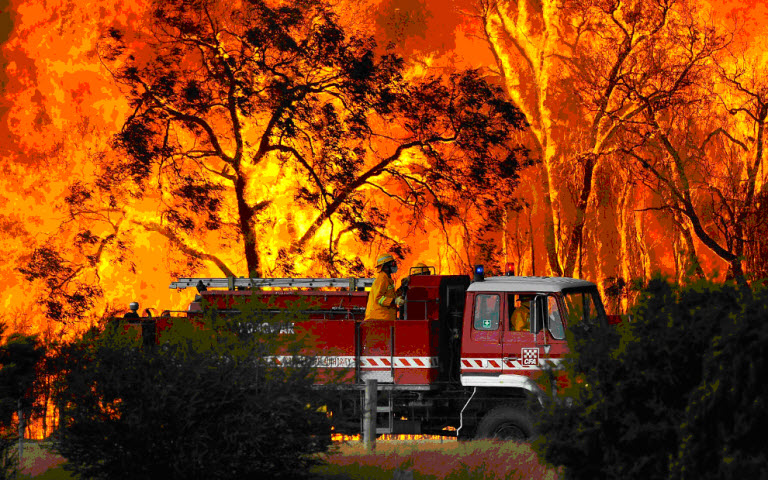 Once a fire gets going in these conditions, nothing can stop it.

Fuelled by the excess of dead wood, undergrowth and lower branches, the fires extend up into the crowns of the trees, destroying them and spreading quickly to destroy the majority of the forest.

Fire protection authorities have realized the folly of their interventionist policies, but it would appear that when it comes to governments, they still have to learn.

In exactly the same way, there are business cycles in any economy –

Periods of expansion followed by periods of contraction.

In periods of expansion, businesses and consumers thrive, take on excess debt and drive prices higher.

But when this ends, a period of contraction (small fire) is needed to clear out all the dead wood and overgrown undergrowth that is nor contributing any.

Yes, this leads to some pain, as bad debt is written off, marginal businesses close and jobs are lost.

But this sets the scene for a period of renewed healthy growth and expansion – without all the excess baggage and drag on the economy.

But Keynesian economic theory dictates that this is bad – in fact it states that government intervention is necessary, nay, essential, to keep these businesses afloat, and jobs in tact.

And so they extend credit and lend them money at next to nothing, provide stimulus packages and even bail them out – all at the cost of healthy businesses and taxpayers!

An overburdened economy that is thick with dead wood and undergrowth and chocked with debt and over-priced assets.

The perfect recipe for a devastating fire that has sufficient fuel and heat to destroy the whole forest (economy):

And the fact is that, despite all US policymakers and the Bernankes have done to keep things afloat since 2008, the economy has not really recovered.

Interest rates have been at zero for the past four years and expected to stay there the next three. QE1, QE2 and QE3 stimulus packages have not got the banks lending or the public borrowing again.

And government is so deep in debt that it has reached the point where it is forced to reduce its expenses, instead of increase spending.

Frankly, they are between a rock and a hard place … and they have run out of ammunition.

Apart from push up taxes. Will this help?

If it pushes the economy into recession, this would mean reduced earnings and job losses, which could reduce tax receipts.

And how will Mr Taxpayer on the street react to being asked to cough up for the massive (and foolish) bailout packages handed out by government to the dead wood and underbrush of the economy?

As unpalatable as it is, there is no way out except to let the system flush itself out and reduce debt – massively.

But, government will be blamed for this, and that’s the last thing they want – to be blamed for a recession. And so they do everything in their power to keep the status quo.

But the longer the status quo is kept, the more dead wood and underbrush results – and the bigger the fire when it breaks.

And when it does, the result will be a firestorm of proportions that dwarf the 1930s – a huge deflation of credit and massive writing off of debt.

We are not out of the woods by a long shot.

Despite this, strangely, persons continue to be obsessed with getting a return on their capital, whereas they should be far more concerned about a return of their capital.

Once credit collapses, asset prices will follow, and with it, many person’s wealth. Cash will increase in value.

Keep liquid and make sure your money is safe, and will not disappear into the whole debt sinkhole as the dominoes fall (many banks are not going to survive this next crunch).

May we suggest you get hold of a copy of the book Conquer the Crash, which will give you some sound advice as to how to protect your wealth…and profit…in a deflationary environment.

In this book, originally published in 2002, Robert Prechter predicted much of what has already happened and what we see unfolding today, and his advice remains as pertinent as ever. 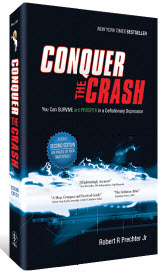 Get the book and read it now.

James Paynter
« Previous Post A GPS for the Rand and other Markets? Next Post » Rand Outlook for 2013 Remains Bearish