A topsy-turvy week for the Rand saw a break back over R14.50 to the Dollar...

There was plenty happening, with local politics and as well as global economic and political tension.

Eventually, the Rand pulled back to around to where it opened.

But it had been quite a week - and plenty for us to review in it.

Here are some of the biggest headlines for the week:

The Rand opened the week a little unsteady, along with other emerging and global markets, caught in the wake of the US/China Trade war, opening around R14.40 to the Dollar, as a late week collapse had seen it lose 30c going into the weekend.

All eyes were on President Ramaphosa as the dust settled after the election, and expectations were for all of the promises over the last few months to come into reality.

Of the many things needed, these were surely the highest on his priority list:

All these questions are up in the air...an increasing headache for Ramaphosa...

But something he can do little about is the global tension - Theresa May's position as Prime Minister is hanging by a thread, as all eyes were on whether she would resign.

We are now 3 years from when Brexit began, as well as 2 postponements and 3 rejected proposals later...when was enough going to be enough?

Theresa May set out a series of changes she said she was willing to make to her Brexit deal – including the offer of a vote on a potential second referendum.

But with this all was failing to ease the increasing pressure to resign, it seemed the end was surely nigh...which could provide repercussions for the Pound and markets generally.

Moving on to the US/China Trade War, this has certainly been an ongoing point of contention for the Rand and emerging markets..

Things have not quite been the same since Trump's tweet, as the ping-pong of threats has continued. The US has blacklisted Huawei, which has infuriated China, and potentially taken a huge chunk of Huawei's business away.

And Emerging Markets have been sideswiped by this... 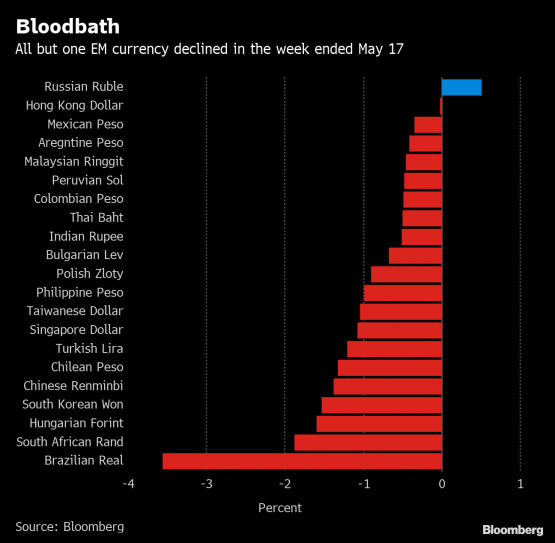 Rightly named a "Bloodbath", has seen a collapse of all but one of emerging markets in but a few days...!

This situation could literally change at any moment, so we will continue to watch with interest as it all plays out...

...the more Trump tweets, the more the markets seem to react!

...however without too much momentum behind the move, it topped out there, as can be seen below: 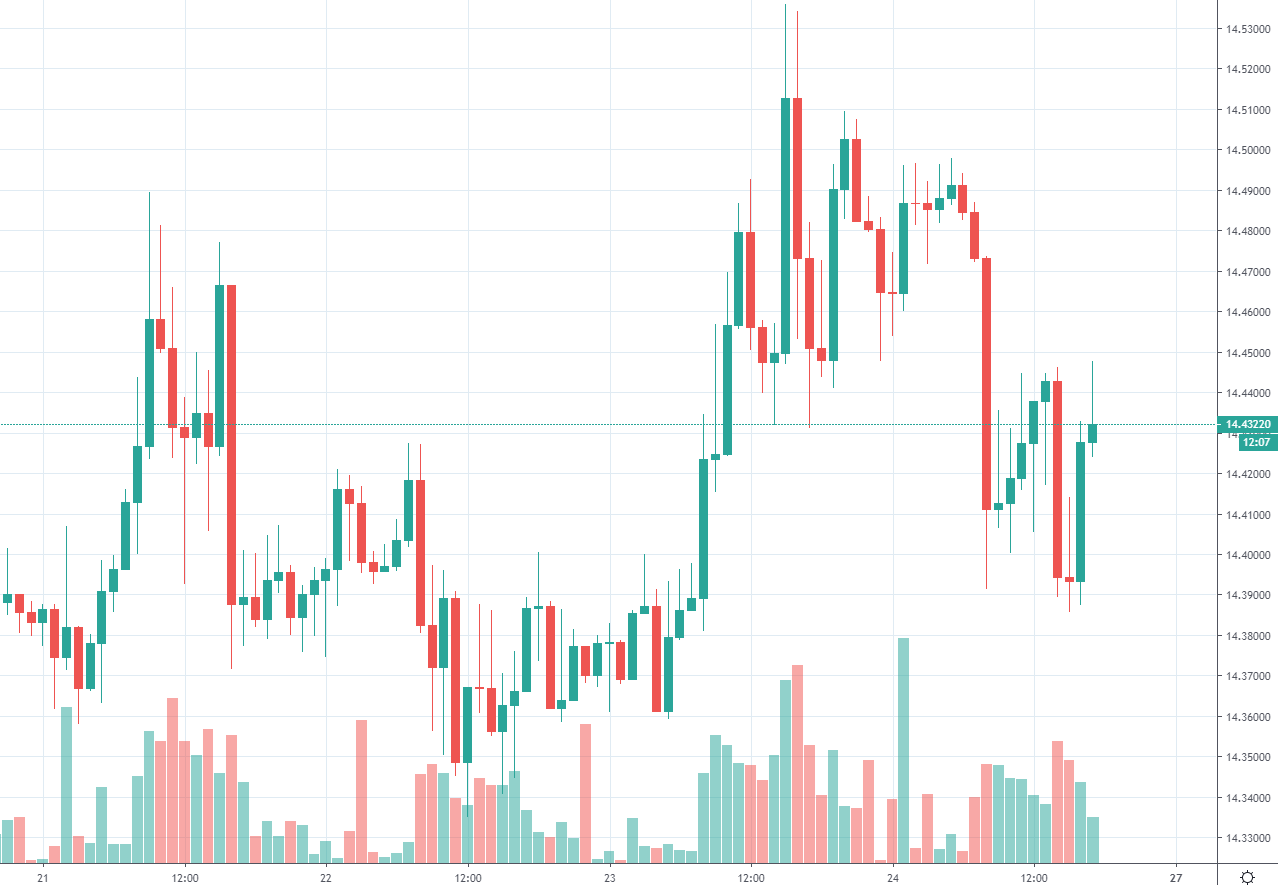 And then the finale for the week on Friday:

Theresa May FINALLY realized that it was time for her to go, and resigned as Prime Minister.

This is has been scripted months ago already, and was all too obvious that it was going to happen - to all except her it seems.

And eventually, her frustration and the pressure of the situation became too much, and she pulled the plug. The reigns are to be handed over to someone else to try and force the issue with Brexit.

So, the mess continues... what next for Brexit and the EU?

The Pound was a little choppy Friday in amongst all the latest developments, but overall held steady.

Monday has seen the market edge up on a week that does not have much going for it in terms of economic events, especially with the US kicking off their summer holiday with Memorial Day.

Of course, that does not mean the Rand is expected to meander, with all eyes being on how things pan out this week locally and internationally with:

But once again, we will be looking at the patterns of sentiment instead of the news to give us direction, as we monitor closely how the market progresses to confirm (or negate) the current preferred short to medium-term wave counts and predictions.

Why not join us today as we do so.