Brexit tensions have left international markets in an absolute shambles after all the chopping and changing at the 9th hour before the Brexit deadline.

The Rand, being one of the emerging market currencies prone to volatility, did not fare well in this climate.

From Tuesday's best level for the week of R14.24, the market steadily lost ground through until the close on Thursday...

Another tough week for the ZAR - but with the Rand, you are never too far away from a fast turnaround - volatility can often work in its favour!

But for those that had our forecast from the previous week, this would not have been expected, as can be seen from the chart below, suggested a strong move up above 14.5600 to the Dollar.


Before we get into the week's activity, here was our forecast from Friday before all of this happened:

Click to enlarge
What could take it here was anyone's guess, but that is what the sentiment patterns were showing.

So what did happen that could ave provided triggers?

Let's dive in and see:

To begin the week, here were some of the biggest headlines from the 5 days:

The world, and especially the EU, is tired of hearing about this now, but it continues to dominate the headlines as the deadline nears.

And its case really does prove the point of why we cannot trust news for market movements.

It has been a tumultuous couple of years for the EU, and in particular the British Pound as a result of all that has been going on, ever since the referendum of 2016. At the time, the GBP went for a complete loop, collapsing R1.40 against the ZAR on the day, and a further R3.20 in less than 2 months. It was devastation and uncertainty for Britain, as they had no idea what was coming next, or what Brexit really meant.

So, as the deadline nears, and the tumult continues, surely you would expect the Pound to have been weakening much the same as back in 2016?

But it just proves the point.

Bad news does not equal a weak currency.

This week was more of the same Brexit uncertainty which has been in the headlines for 3 years:

And this was how the GBP reacted versus the ZAR: 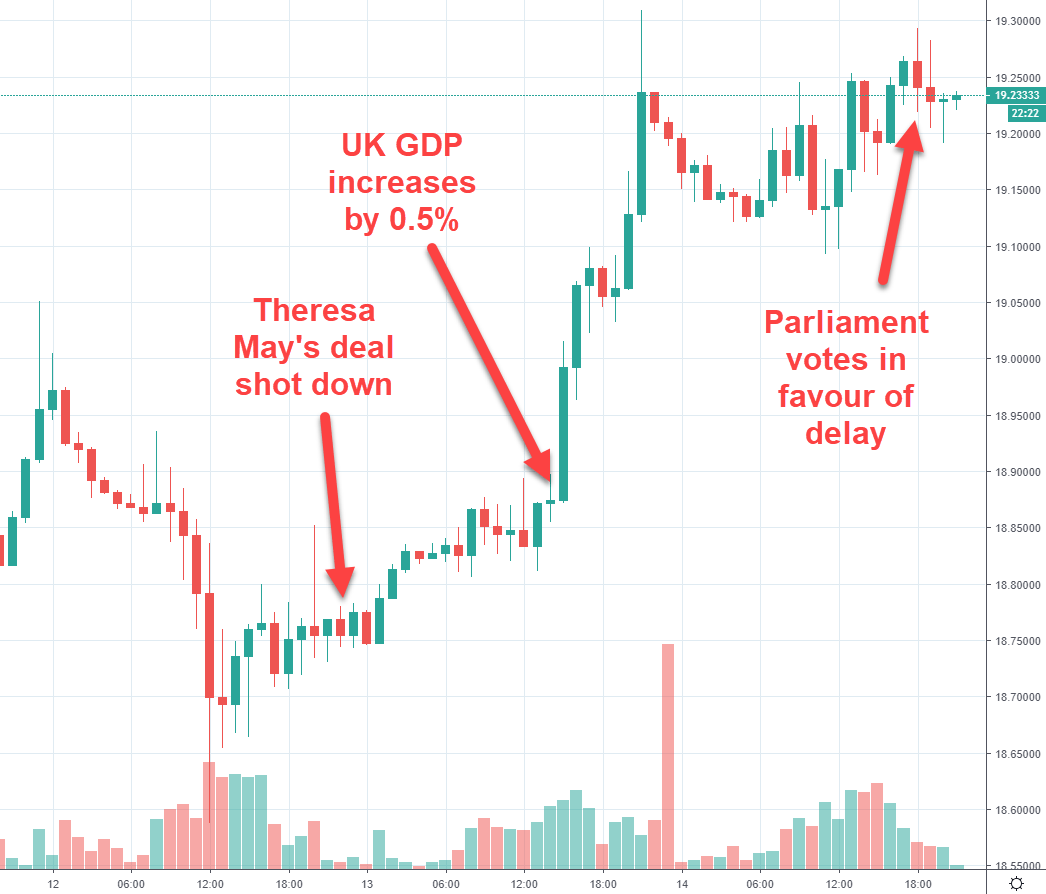 So, take your pick of what news you look at...

Economists will say the GDP growth was what boosted the GDP. Others will rightly say that 3 months of growth of GDP does not provide any indication or security as to what the future of the UK is...!

The USDZAR did not spend much time looking, as it bounced off the low on Tuesday to climb 30c higher: 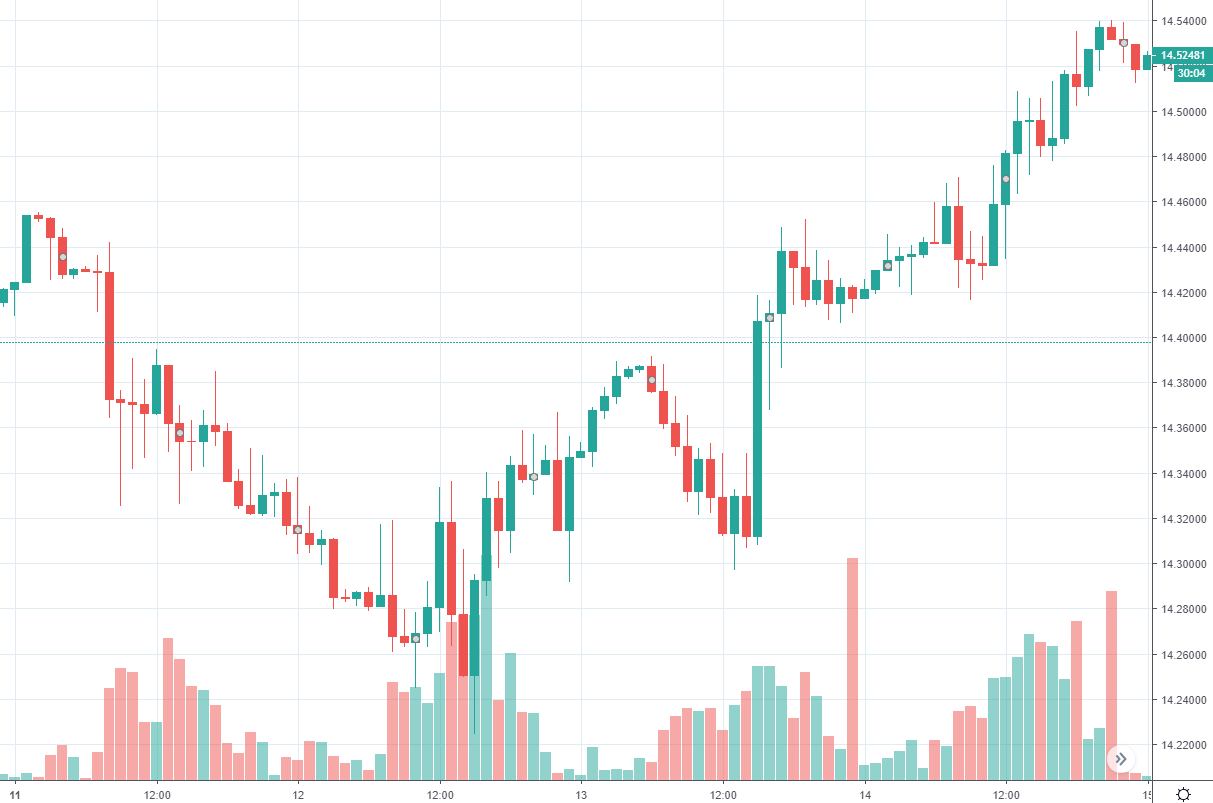 But Brexit was not the only story of the week. There was a whole lot more, such as:

As for the Rand, it made a mini recovery on Friday, after breaking to touch R14.54, it ended the day at the SA below R14.40 with a later flurry after Trump's announcement...and that was the wrap!


So, as we head into the latter part of March, with a countdown to credit rating decisions, what could provide some triggers this week for moves?

We have 3 major market movers this week, which are likely to provide plenty volatility:

Well, as we have seen once again, the Elliott Wave Principle was ahead of the curve, suggesting a move higher into the 14.56 to 14.92 area before topping.

At present, we are looking at certain price levels to confirm whether the market has topped out, which could affect our near and medium term outlooks.

Alex Paynter
« Previous Post Reserve Bank worries for the Rand...what next? Next Post » USD collapses and recovers in one wild Rand week